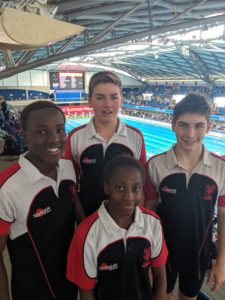 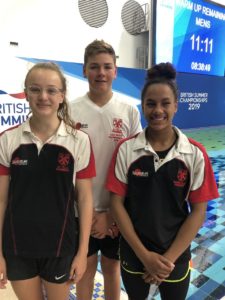 Over the months of July and August, ten Saint Felix School Swimming Club swimmers travelled the Country and Continent for the British, English and French Summer National Meets.

First up was Marin de Villard in France, racing four events. Marin finished with PB’s in the 50m backstroke and 50m freestyle. He finished 6th in the 14-year-old age-group in both the 50m & 200m backstroke, while finishing 8th in the 100m backstroke.

The following week saw the start of the British Summer meet, where the top swimmers from England, Wales and Scotland go head-to-head for national titles. Natalie Sanford made two final appearances, finishing 5th in the 100m butterfly and 8th in the 200m IM, both new personal best times.

Natalie and Clara Watson-Flowers both narrowly missing finals (0.14sec) in the 200m butterfly and 50m freestyle respectively in personal best times. Clara swimming in the 13/14yrs 50m freestyle finished 14th but was the 2nd placed 13-year-old in the field. Marin de Villard placed 20th in the 100m, narrowly off his best time.

Well done to everyone that competed over this period.