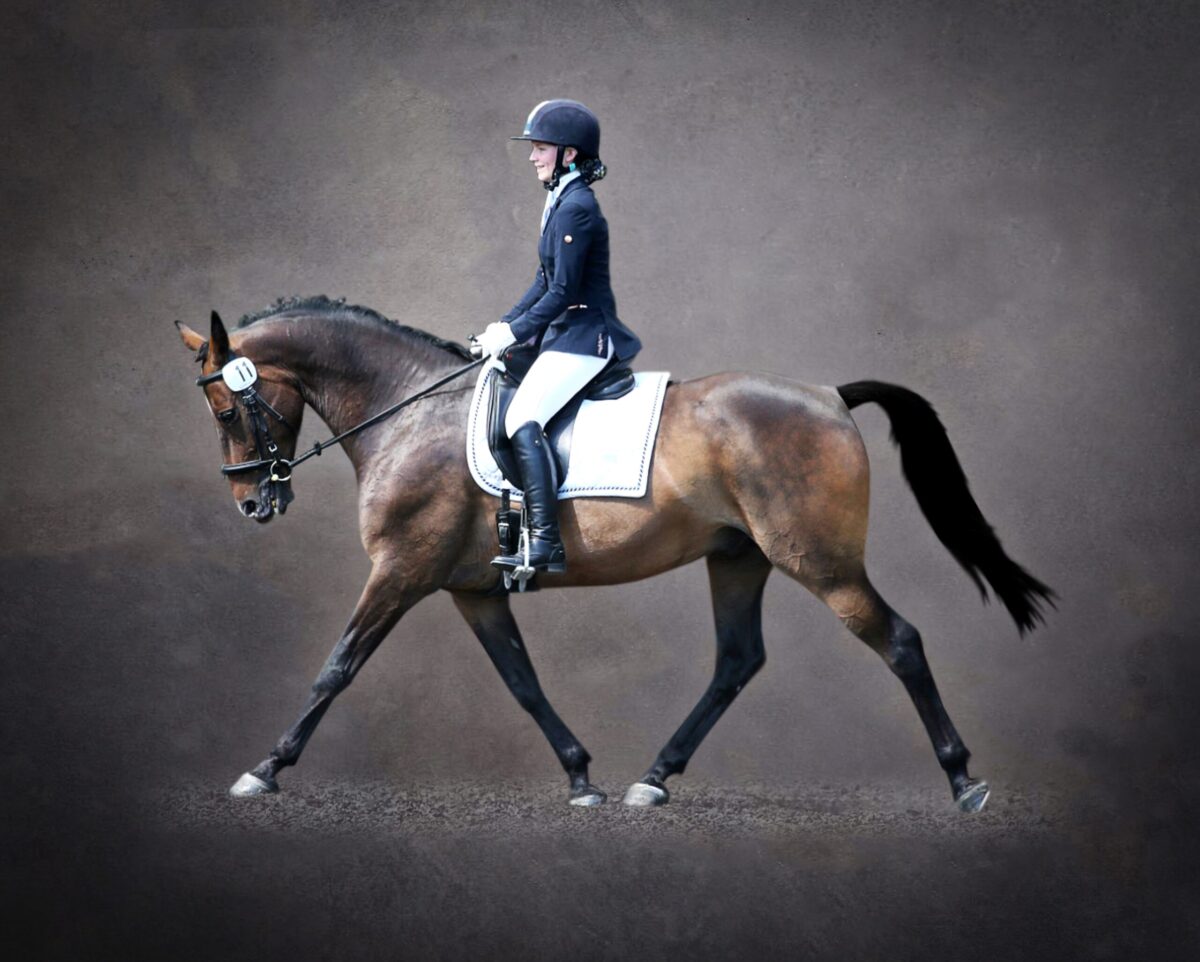 Fiona Adcroft and her horse Oscar, AKA My Oakwood Lewis, were busy throughout lockdown.

With little chance to socialize or other activities,  all attention was on Oscar, who has proven not only to be a nice dressage horse but a lovely character.  They competed in the on-line competition of E-Riders, being filmed riding a standard competition test at home whilst bring judged by a British Dressage judge. Their score increased to a very respectable 71.07% and at the moment they are leading in the Open Novice Leagues with over 70% scores.

The NSEA dressage qualifier was a similar online format and they scored 74.7% in novice, however, sadly they did not qualify for the finals as the top combinations had scores up to 80%,  there is no shame to be defeated by combinations that have competed at European Championships in recent years.

Fiona and Oscar have won all their junior Novice Classes locally and also managed to win the overall Novice class, where juniors and senior scores are put together. They are also due to compete in the last competition of the Halesworth and District Riding Club summer league in Spexhall and on 10th October will be representing HDRC for the Junior Championship qualifiers.