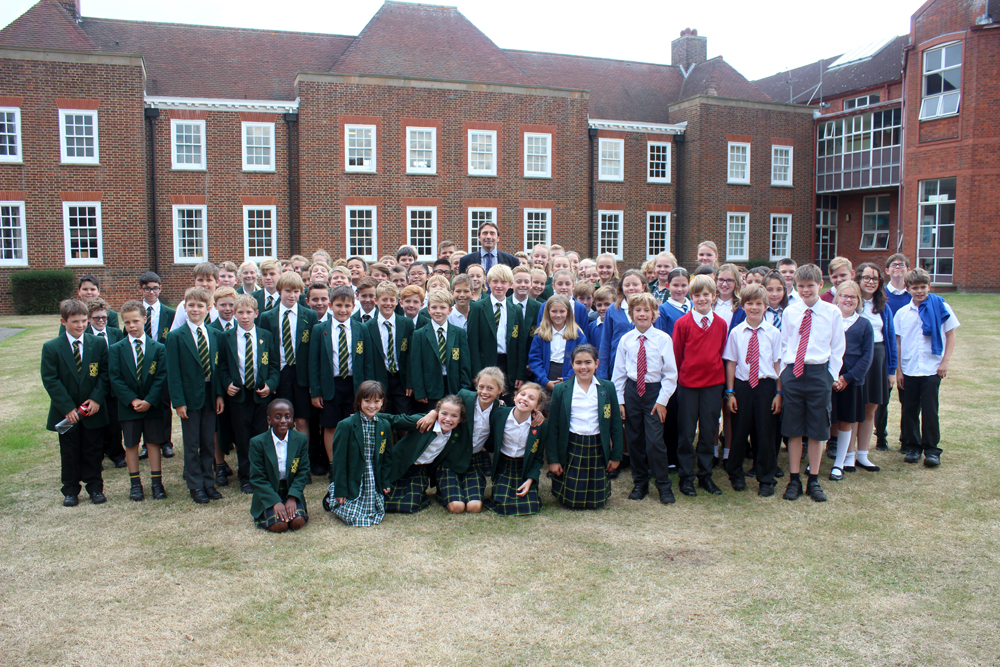 Matt – who was the fifth Briton ever to climb the North Face of Mount Everest – spent the whole day at the school with around 100 pupils in total, from Saint Felix as well as neighbouring Southwold Primary and Reydon Primary.

The children were inspired by Matt’s tales of reaching the summit of Everest and navigating the hostile environment of Antarctica, and were excited to see a number of short films that document some of his awe-inspiring feats.

After an engaging Q&A session, the children were invited to create their own stories as part of a creative writing master class led by the adventurer, who has also attracted acclaim as author of the fast-paced ‘Mortal Chaos’ and ‘The Everest Files’ young adult series. The session has inspired the launch of a creative writing competition at the school, the entries of which Matt has promised to cast his eye over.

The pupils were enthused by Matt’s workshop and the rest that the day had to offer. “He was inspiring and I can’t wait to read his book”’ said Year 7 pupil Ryan, while his classmate Reuben felt encouraged to read more after hearing about Matt’s latest release: “I’ve never found a book I like. This sounds like it’s going to be the one for me!”.

Matt Dickinson specialises in adventure documentaries for the BBC, Discovery Channel, National Geographic and Channel 4 and was the first British filmmaker to document reaching the summit of Everest (and to return alive). He has also crossed the Sahara, rowed down the Amazon, trekked in the Namib desert and has even taken Brian Blessed up Everest.