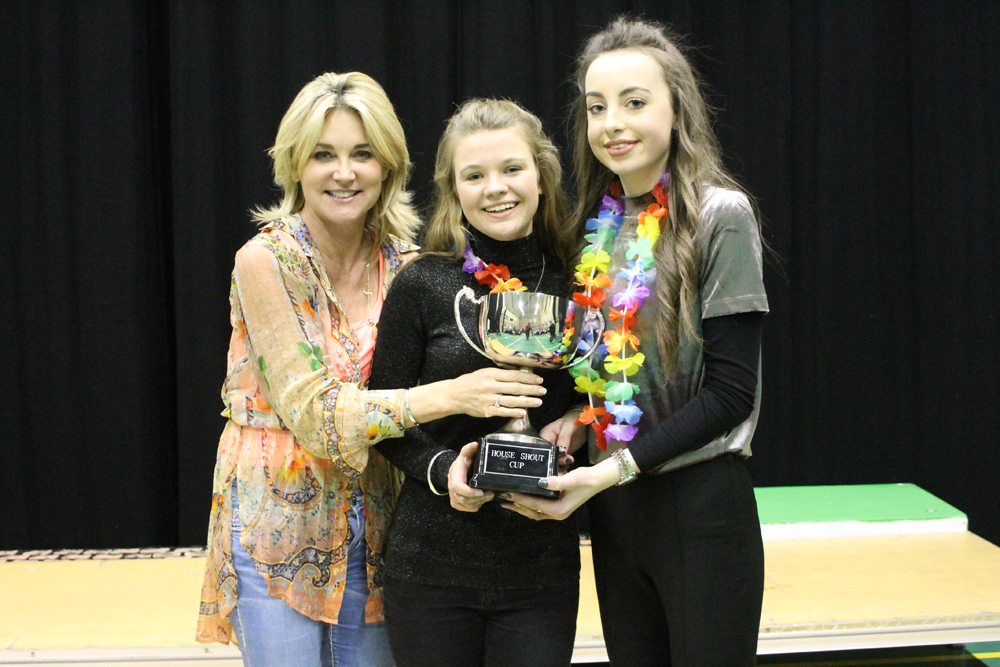 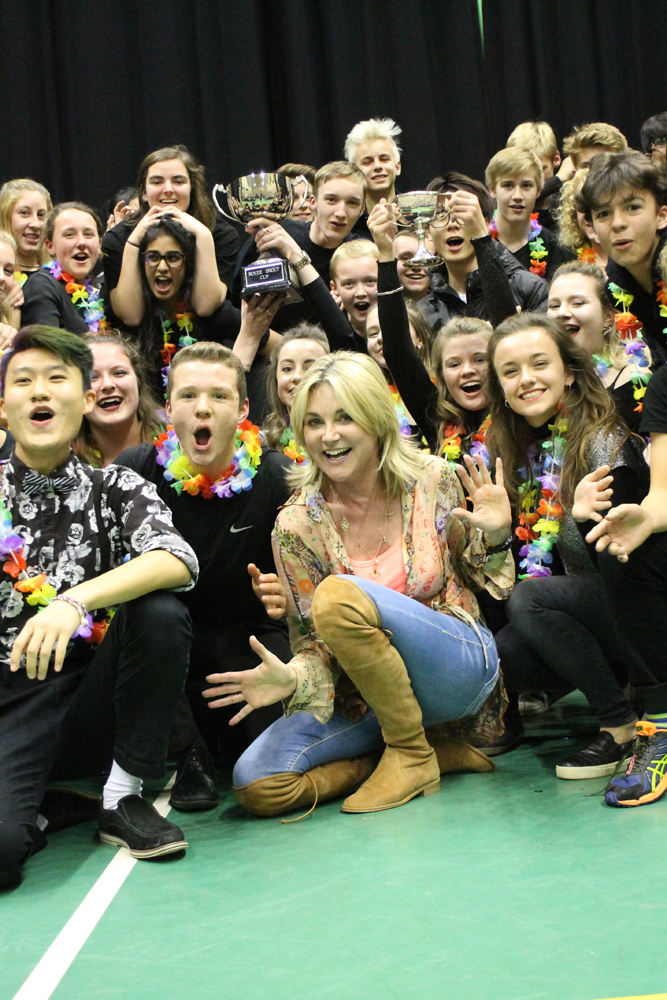 Best known for her time as presenter of Blue Peter, BBC1 flagship children’s programme, and as a former presenter of Top of The Pops, Anthea has significant experience as a judge of musical talents. She presided over the judging of twelve performances on the night, alongside Rebecca Knight, one half of the Opera Babes, who lives in Kelsale and is vocal coach at the school.

The ‘House Shout’ is one of the biggest nights of the year at Saint Felix for pupils and parents alike. Pupils from the senior school aged between 11 and 18 from each of the four houses performed individually, as ensembles in small groups, and in a whole-house choreographed singing performance. Points were awarded at each stage, with the prestigious trophy awarded to the house with most points at the end of the evening.

This year, all songs had to fit into the theme of ‘numbers’. The winning house, Kay, triumphed in both the whole-house and the overall competitions with their energetic performance of a medley comprising eighties hit ‘The One and Only’, McFly’s ‘Five Colours in her Hair’ and ‘All for One’ from High School Musical 2. Kay retained the overall cup for the fifth consecutive year.

Congratulating all of the participants, Anthea Turner said: “It’s been fantastic to see the huge enthusiasm that all pupils brought to the stage, and I was really impressed with the high standards achieved – it’s been a great evening and I hope that all of these children continue to enjoy performing in the future.”

Headmaster James Harrison said: “I’m really proud of the performances by all of our pupils, some of whom have only been at the school for a very short time. The House Shout is a fantastic opportunity for senior school pupils to work together: all students participate, irrespective of ability. Most importantly, it’s a really fun project to work on, building confidence and encouraging teamwork.”