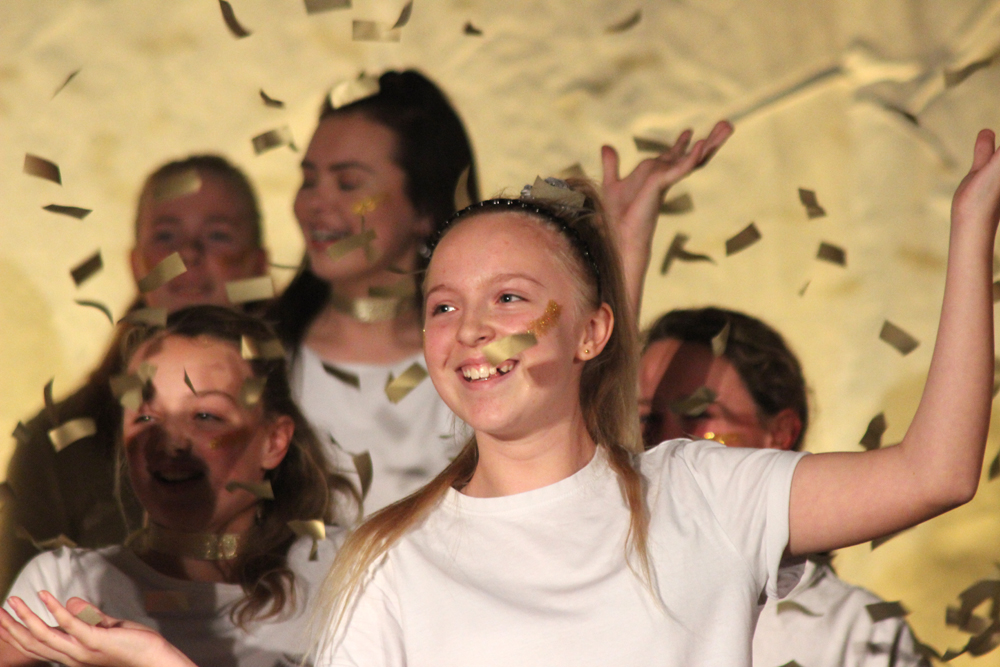 Pupils at Saint Felix, Southwold put on an “outstanding” show on Thursday 23rd November for the 2017 edition of their annual talent contest known as House Shout.

The ‘House Shout’ is one of the biggest nights of the year at Saint Felix for pupils and parents alike. Pupils from the senior school aged between 11 and 18 from each of the four houses performed individually, as individuals or in small groups, and in a whole-house choreographed singing performance. Points were awarded at each stage, with the prestigious trophy awarded to the house with most points at the end of the evening.

Under the expert eye of guest judge Colin Virr, Head of Aldeburgh Young Musicians, all songs featured in the programme followed the theme of ‘colour’, with members of each House performing songs relative to their House colour.

Best solo performance was won by Lily Talbot for Rowell house, with a captivating rendition of Amy Winehouse’s ‘Back to Black’, while Edmond house triumphed in the ensemble round with Little Mix’s ‘Black Magic’ sung by Natalie Sandford, Michaela Taiwo, Elodie and Imogen Whyte. In the House Shout round, where all members of each house perform a song and dance routine, Pemberton triumphed with their medley of ‘99 Red Balloons’ by Nena, ‘Red Red Wine’ by UB40 and ‘Ruby’ by Kaiser Chiefs.

After totting up the results of each round, Kay house was declared the overall winner, for the sixth consecutive year in a row! Guest judge Colin Virr has been Head of Aldeburgh Young Musicians since its inception in 2004 and works with talented and gifted musicians from across the region aged 8 – 18 years old. Speaking after the event, Mr Virr said: “The standard was impressively high and many of the performances would not have looked out of place within the Aldeburgh Young Musicians programme. Knowing that students took full responsibility for the preparation and presentation of their chosen songs makes the results even more commendable.”

Headmaster James Harrison said: “Once again, House Shout has proven to be a highlight of the Saint Felix school year. Demonstrating the inclusiveness that we wholeheartedly encourage, it’s been wonderful to see pupils supporting each other and working together to create some real showstoppers. We work hard to ensure that all pupils get the opportunity at school to enjoy the performing arts, whether they are formally studying them or not. It helps our students with their self-confidence and sense of belonging, and the value in this kind of fun, shared activity is far greater than simply an opportunity to perform.”