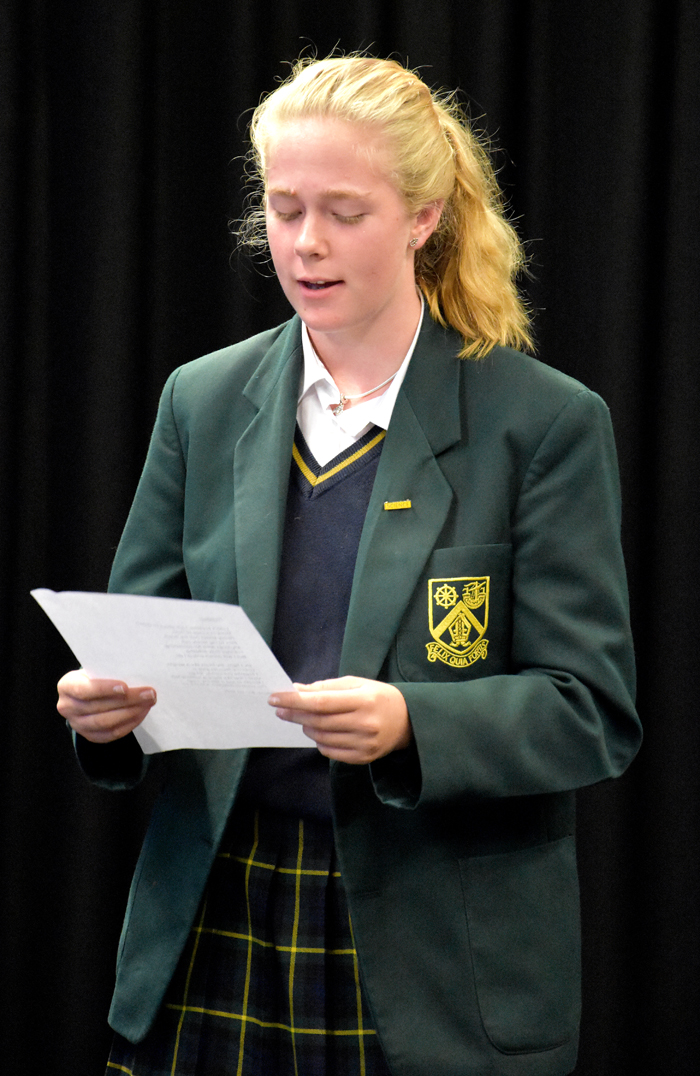 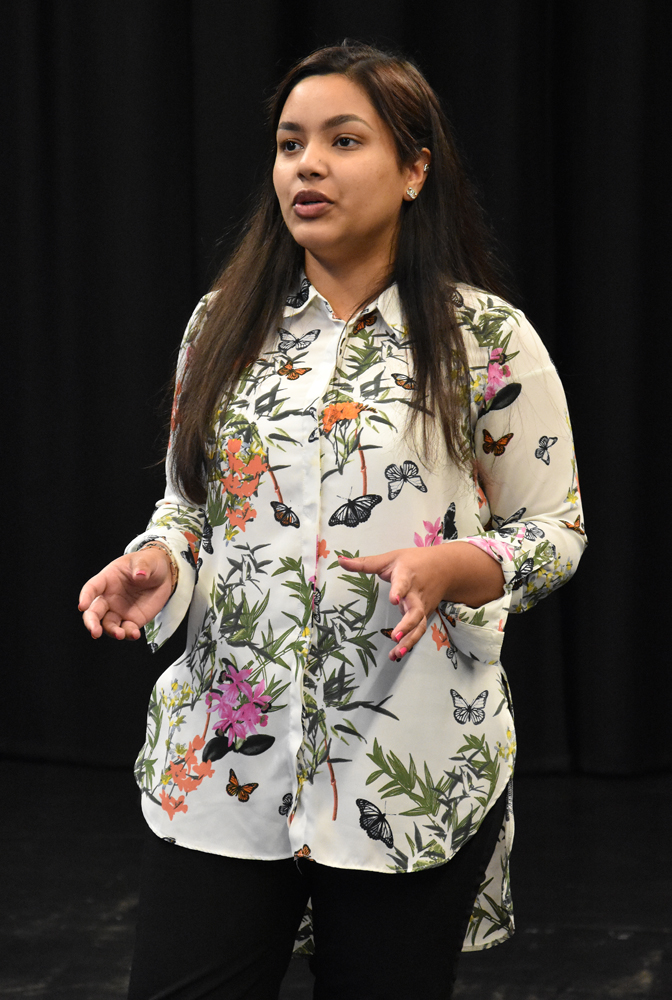 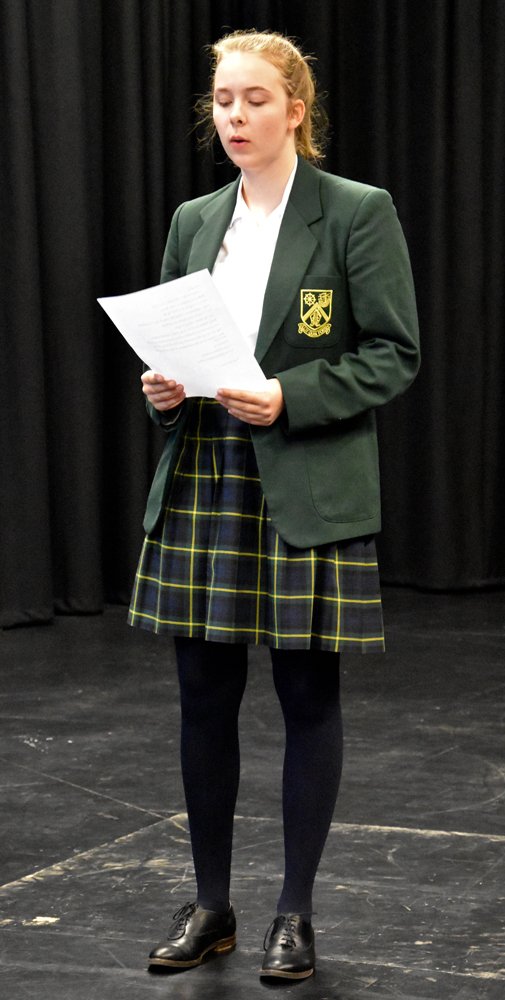 Children at a school in Southwold joined in with National Poetry Day on Thursday 28th September.

Students in Years 7 – 11 wrote poems in their own time, themed around ‘freedom’. All poems needed to reflect personal feelings about freedom, with individual interpretations of the theme covering topics including democracy and independence as well as war and sexism. A number of students read their poems, or those by established writers including Maya Angelou and Imtiaz Dharker that had inspired and moved them, in assembly on Monday 2nd October:

Nabila Haque, aged 16, chose Maya Angelou’s ‘Still I Rise’ for her performance because “I think that the poem’s affirmation of my worth as a woman is really inspiring. It sends a message to everyone who feels oppressed, wherever they are in the world, to persevere and overcome the challenges that life throws at them.”

Mollie Barrett-Kelly, aged 14, entitled her poem ‘Freedom’ and said that “she had taken the metaphor of drowning as a starting point and used it to explore the universal struggles for freedom.”

Freedom
I can’t breathe, I am about to drown,
Stuck in a cage of flesh.
Heavy bones pull me down,
Bars to my lonely cell.
My lungs ache for something,
I cannot truly breathe,
But I will drown unless I do.

So, I fight, my heart like a weight,
Until my muscles give in.
I breathe out slowly, let go
Until I feel like there is nothing left.
I breathe in and it fills my lungs.
The scent of freedom is in the air.

A number of international students contributed poems, demonstrating their competency in English as a second language. Carlotta Dieker, aged 15, who joined the school from Germany in September, composed an emotive piece highlighting the oppositions within freedom, and exploring the reality for most people who are denied independence:

Freedom
I want to be free. Like a bird I want to fly
With no boundaries, no rules and no
Power pulling me down from the sky.
That’s independence I heard. But what it’s like I do not know
For I’ve never tasted the flavour of liberty

Only the venom – visions at night
Which remind me of salt on my tongue and the volatility
Of a green breeze of freedom wafting over me in the moonlight
That delivers me into temptation and delivers me to evil for
When I finally awake the remembrance is there; paining and poisoning
It tempts me.
I want freedom in reality –
Not the imprisonment I endure.

Head of English Rod Lynch was impressed with the high standard of writing: “Students really embraced the theme, and in both creating their own poems and studying other works have learned about the power of poetry to express emotion. It’s great for poetry to be given a national profile in this way.”