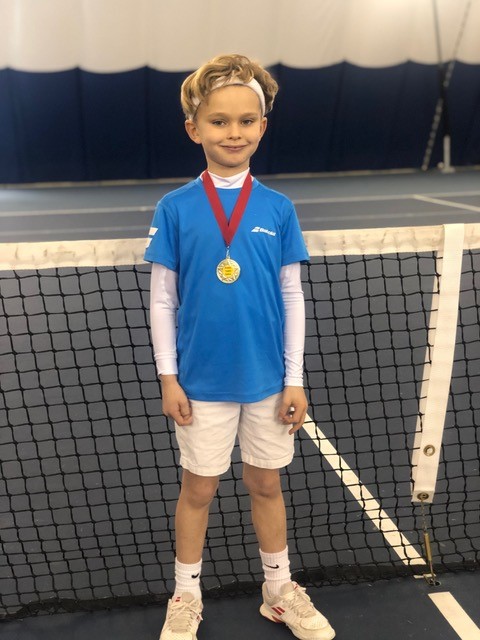 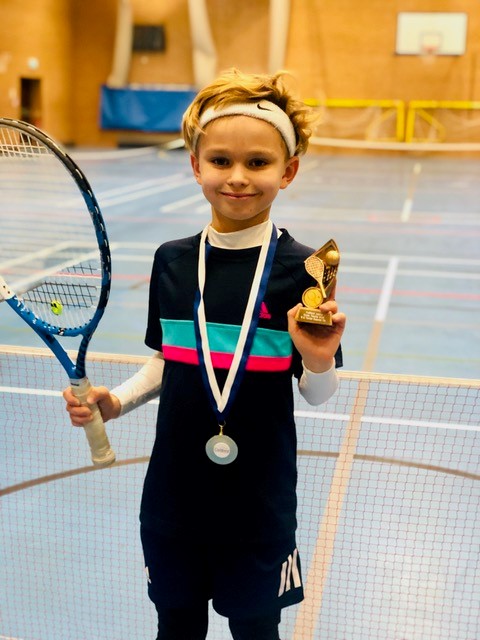 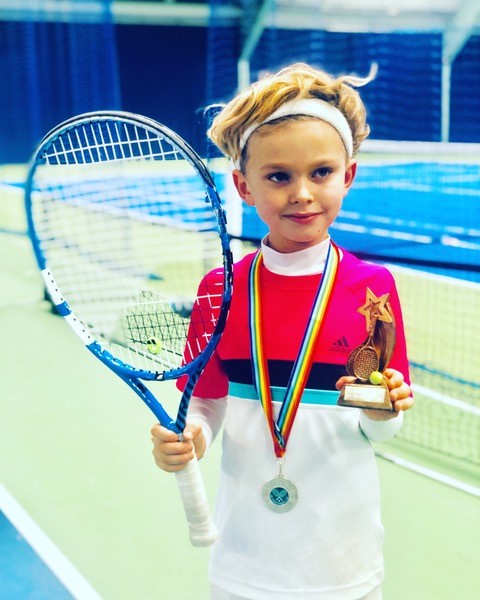 Joshua Tallamy was very busy during half term, competing in Tennis matches around the country.

On the first Saturday, 16th February, Joshua travelled to Royal Berkshire and competed in the Under 8’s Winter Open and won each of his matches, receiving a gold medal.

Tuesday 19th February he competed in the Culford County Under 9’s Open and received a silver medal.

Joshua travelled to Easton Tennis Centre on Thursday 21st February, again winning all of his matches in the Easton Winter Tour and won a gold medal, beating the number 1 seed in Norfolk.