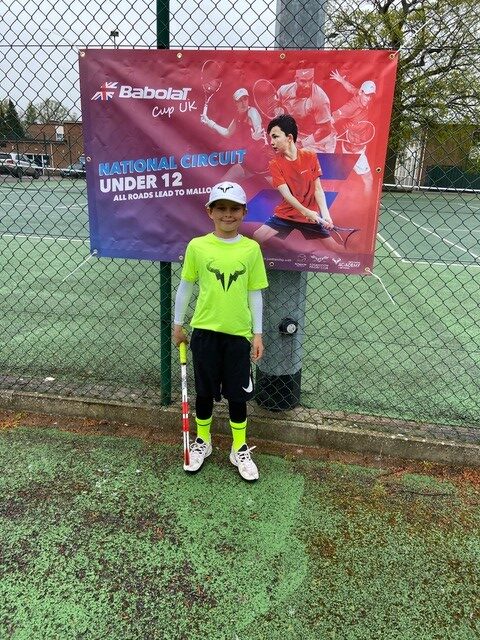 During the weekend of 15th May, Joshua was selected to compete in the National Babolat Cup Under 12’s as the wild card, playing two years above his age group.  He managed to win three of his four matches, receiving the silver place winner, dropping one match in the final.  Joshua did incredibly well to achieve the silver and has been selected to go to the next stage of the Road to Menorca Nadal Academy Babolat cup in June where he will compete again in the next set of finals.

Joshua was also selected to represent Suffolk in the annual County Cup during the weekend of 21st May.  The team won gold, beating Cambridge, Norfolk and Bedfordshire in singles and doubles.  Such a great achievement for Joshua and Suffolk tennis.