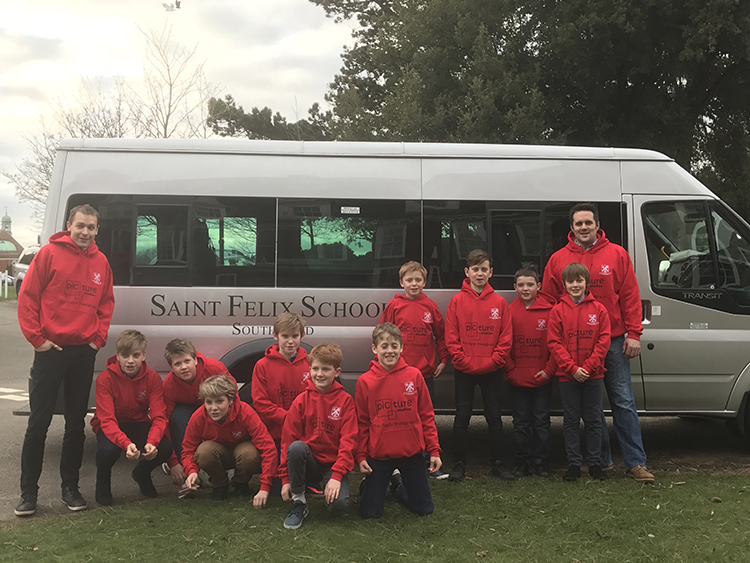 Saint Felix School’s under-11 football team enjoyed a mini-tour away to Finborough recently.

The two-day event, which took place on the final weekend of February, saw 16 teams from schools across the region travel to Finborough School to take part in the tournament.

The boys, who were a mix of Year 5 and Year 6 pupils, travelled to the Stowmarket school on the Friday night. After enjoying a tour dinner en route, they arrived at Finborough School ahead of the tournament the next morning. With impressive performances from the Saint Felix boys, and after several victories in some tough matches, they made it to the semi-final of the Plate before a 1-0 defeat to Elmswell Youth FC knocked them out of the competition.

“It was a great experience for the boys to be able to go away on tour. They were a mixture of Year 5 and 6 boys so it was always going to be tough for them playing in an under-11 tournament,” said Saint Felix Head of Prep Tim O’Connell. “They really enjoyed themselves and it was great to see them so well turned out in special tour hoodies. It’s also been a great opportunity to forge stronger links with the local business community as we were sponsored by Picture Studios in Lowestoft, to whom we’re really grateful for their part in making the tour possible”.