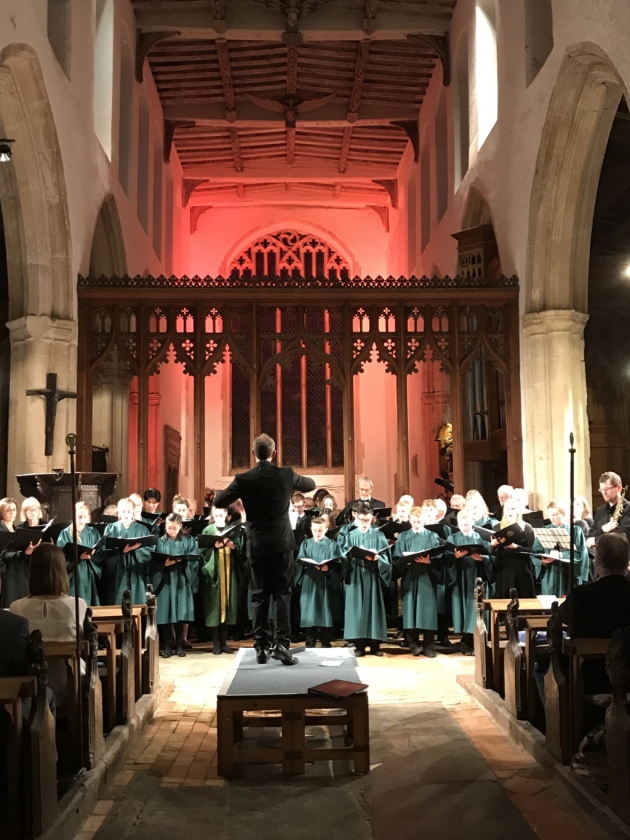 Held in the picturesque setting of Blythburgh Church on Friday 12th May, the school’s Summer concert welcomed a substantial audience.

The performances were warmly received and included a diverse selection of music ranging from Bernstein and Sondheim to Mozart, Britten and the 80 voices of the massed school choirs and Saint Felix Choral Society.

The evening began with a charming performance of ‘Can you hear me?’ by Bob Chilcott, sung and signed by the Prep School Choir together with Year 7 pupils, followed by solos and duets including flute and trumpet, building up to the Candide quartet ‘Life is Happiness Indeed’ which raised a few laughs as well as much applause and led smoothly into the interval.

The second half opened with Britten’s St Nicholas, performed by the Saint Felix Choral Society, which included an entrancing violin solo by Choirmaster (and Heart FM presenter) Noel Vine. This was followed by James Whitborne’s ‘Son of God Mass’ with an impressive saxophone solo by the school’s Director of Music Luke Allen.

The evening was rounded off by Ēriks Ešenvald’s ‘Only in Sleep’, sung by the school’s chamber choir, to tumultuous applause.