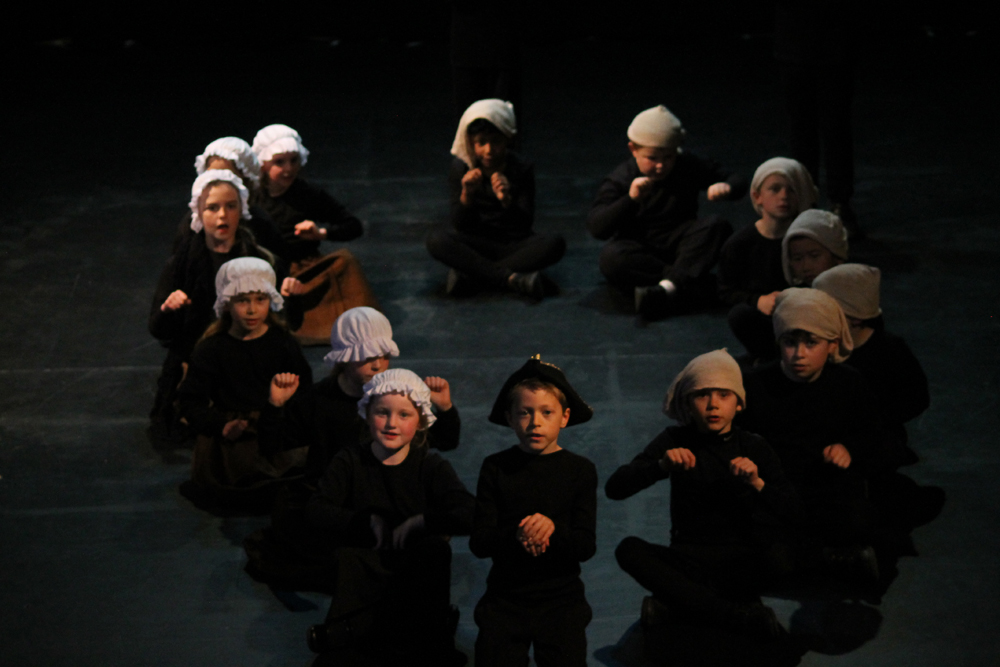 The curtain goes up this Thursday and Friday on the latest theatrical production by children in the Prep Department at Saint Felix, Southwold.

Entitled ‘The Keymaster’, the performance includes a staggering 141 characters, played by 57 children in total.

Through a combination of drama and song, the show takes the audience on a whistle-stop trip through time, led by a teacher who holds the keys to history, played by Harrison Bell aged 11. Different scenes portray significant historical events in British history including the Battle of Hastings in 1066, Tudor and Victorian times, the Industrial Revolution and World War II. The show has plenty of catchy songs and comedy lines, and pupils are looking forward to performing at the school’s Silcox theatre.

Tim O’Connell, Head of Prep, said: “We’ve had great fun preparing for this production – with such a huge number of parts, all pupils have the opportunity to be in the spotlight. It’s given them a great opportunity to show off their acting and singing talents, as well as improve their literacy skills and increase their knowledge of British history.”