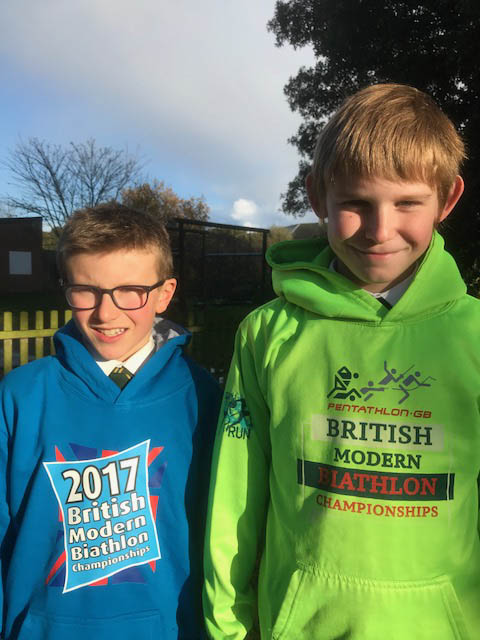 Ben Every, aged 8, from Saint Felix School and fellow pupil Ethan Rattenbury, aged 10, both placed in the top 5 for their age groups at the British Modern Biathlon Championships at the end of November.

Both boys qualified for the Championships, which took place in Solihull, after successfully completing time trials held at various locations across the country, including Saint Felix School.

The Modern Biathlon involves completing a run and a swim in the fastest time possible. The times achieved by hundreds of schoolchildren across the country are listed to create a national ranking list, of which the top 50 are invited to compete at the National Championships.

Swim and run distances vary for each age group, with swim distances ranging from between 50 to 200 metres, and running between 800m – 1600m.

Ben and Ethan both performed exceptionally well, with Ben finishing 4th in the Under 10 category and Ethan taking 5th place in the Under 12s. Both boys now have a nervous wait to the end of the year to see whether they have also qualified for the National Schools Biathlon Championships taking place at Crystal Palace in March 2018.