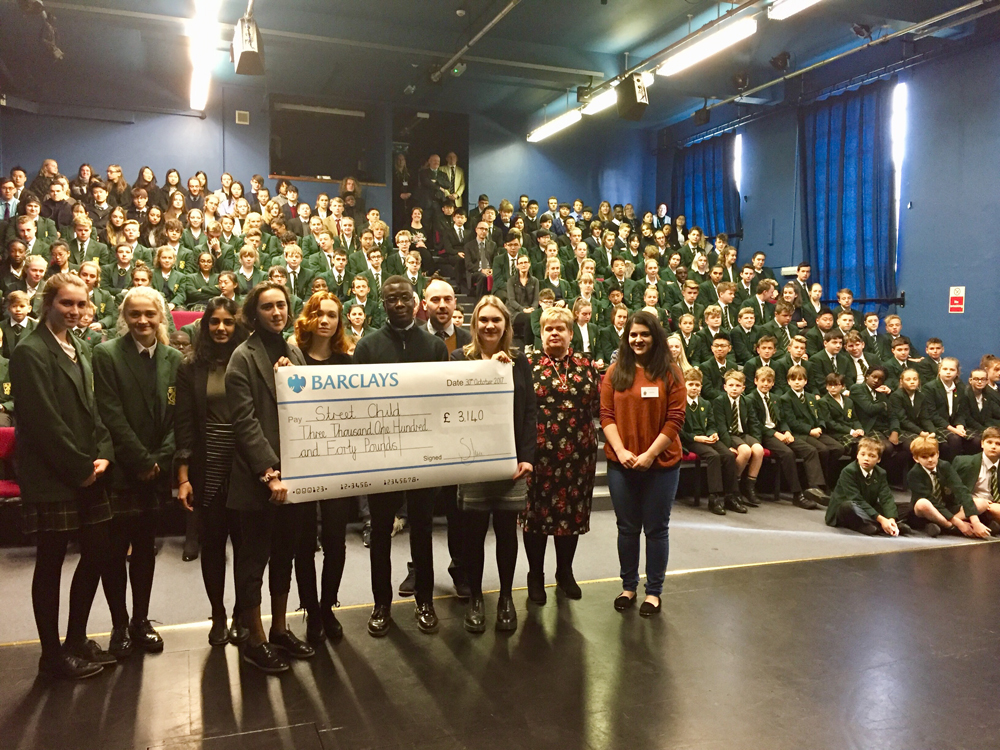 A cheque totalling £3,140 was presented to Street Child in a special assembly at Saint Felix on Monday 30th October.

The money was raised through ticket sales and a special raffle during a fashion show hosted at the school earlier in October. Local boutique Collen and Clare showcased the best of their Autumn/Winter 2017 collection and created a Giving Tree especially for the event, to which suppliers had donated a number of items to be won on the night.

A number of students and parents took to the catwalk to show off new ranges from designers including Diane Von Furstenberg, Belstaff and Joseph. “The event was a huge success”, says Lisa Laughland, Head of Early Years Foundation Stage at Saint Felix, who helped to organise the event, “and we would like to say a huge thank you to everybody who came along and donated.”

Katie Walden from Street Child, who collected the cheque, said: “It’s so great to see schools in the UK supporting children across the world by raising money for Street Child. We have several initiatives underway currently supporting children in crisis, ensuring that children can access education and empowering families to help them to escape the cycle of poverty by learning to read and write. This money will enable us to continue with this hugely important work in some of the most deprived communities in the world.”

Founded in 2008 and working originally in Sierra Leone, the charity’s main goal is to provide some of the poorest children in the world with educational opportunities. Since then it has helped over 100,000 children to go to school and enabled thousands of families to generate sustainable incomes so that their children can stay in education. Today, Street Child works in Sierra Leone, Liberia, Nepal and Nigeria with a current emphasis on education in emergencies and girls’ education.