Scientists of the Future Triumph in Regional Contest 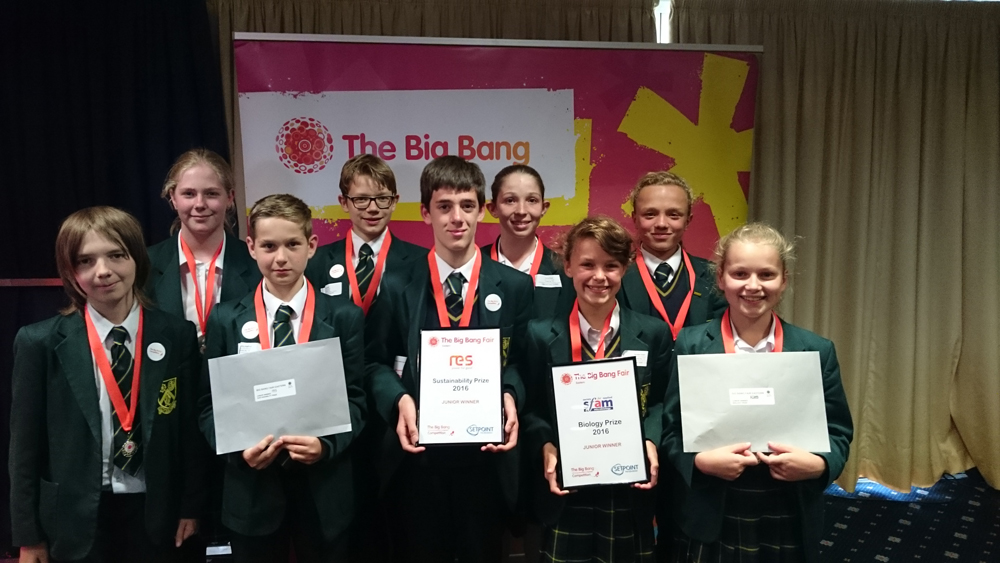 Young scientists from St Felix School have triumphed in a regional competition.

Nine students from the Reydon based school took part in the Eastern Regional round of the National Science and Engineering Competition.

Held on June 30, two teams beat off competition from across Anglia at The Big Bang Science Fair Eastern event coming first in their respective categories.

While year-seven students Joshua Stephens, Elodie Whyte, Eirinn Cross and Brooke Oram presented their work on the Biggest Health Problems in the World Today coming first in the Junior Biology category and also received medals along with £200 of prize money.

In addition to this event the St Felix team have been nominated to compete at the National Final, Birmingham, in March 2017.