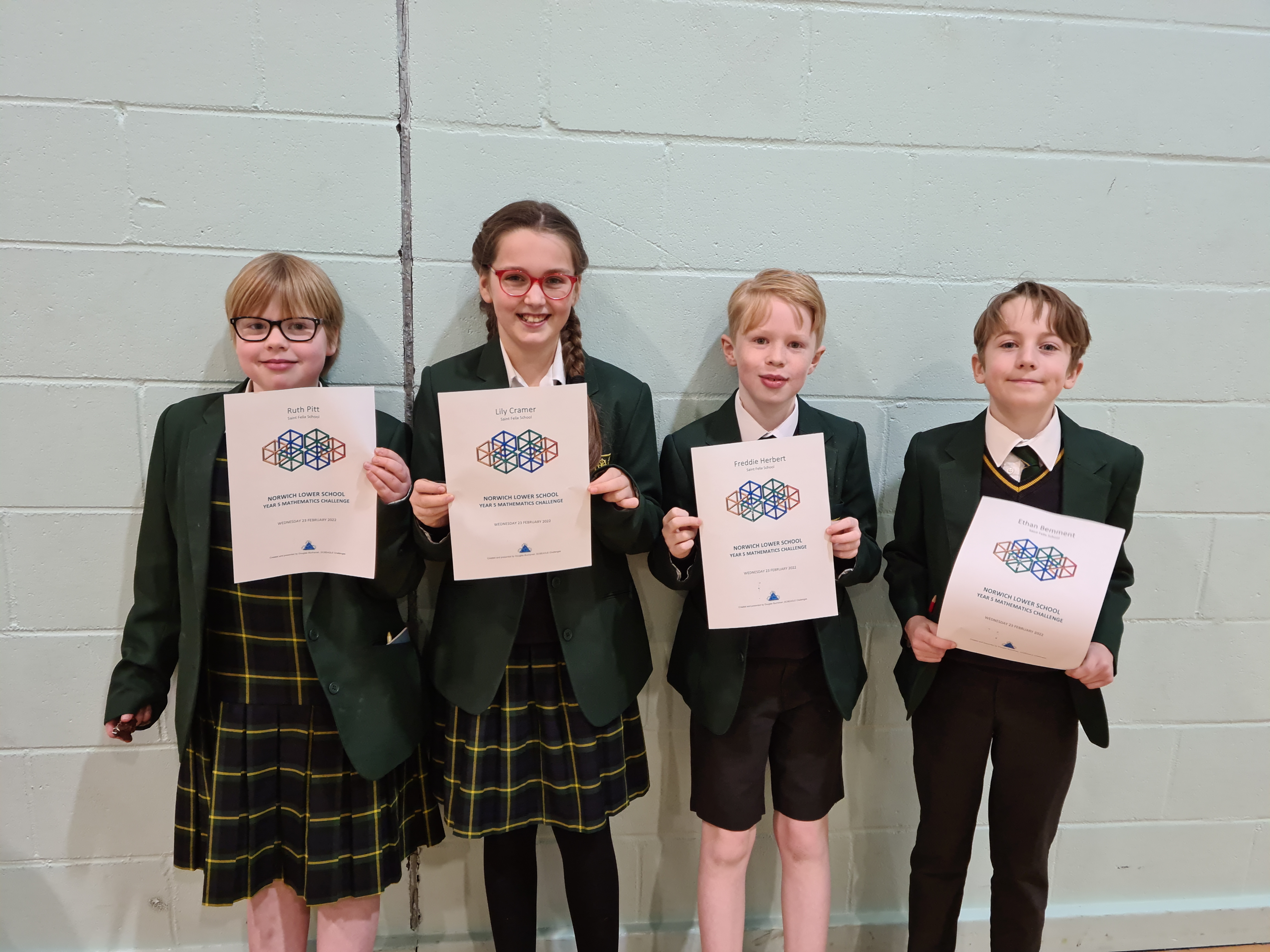 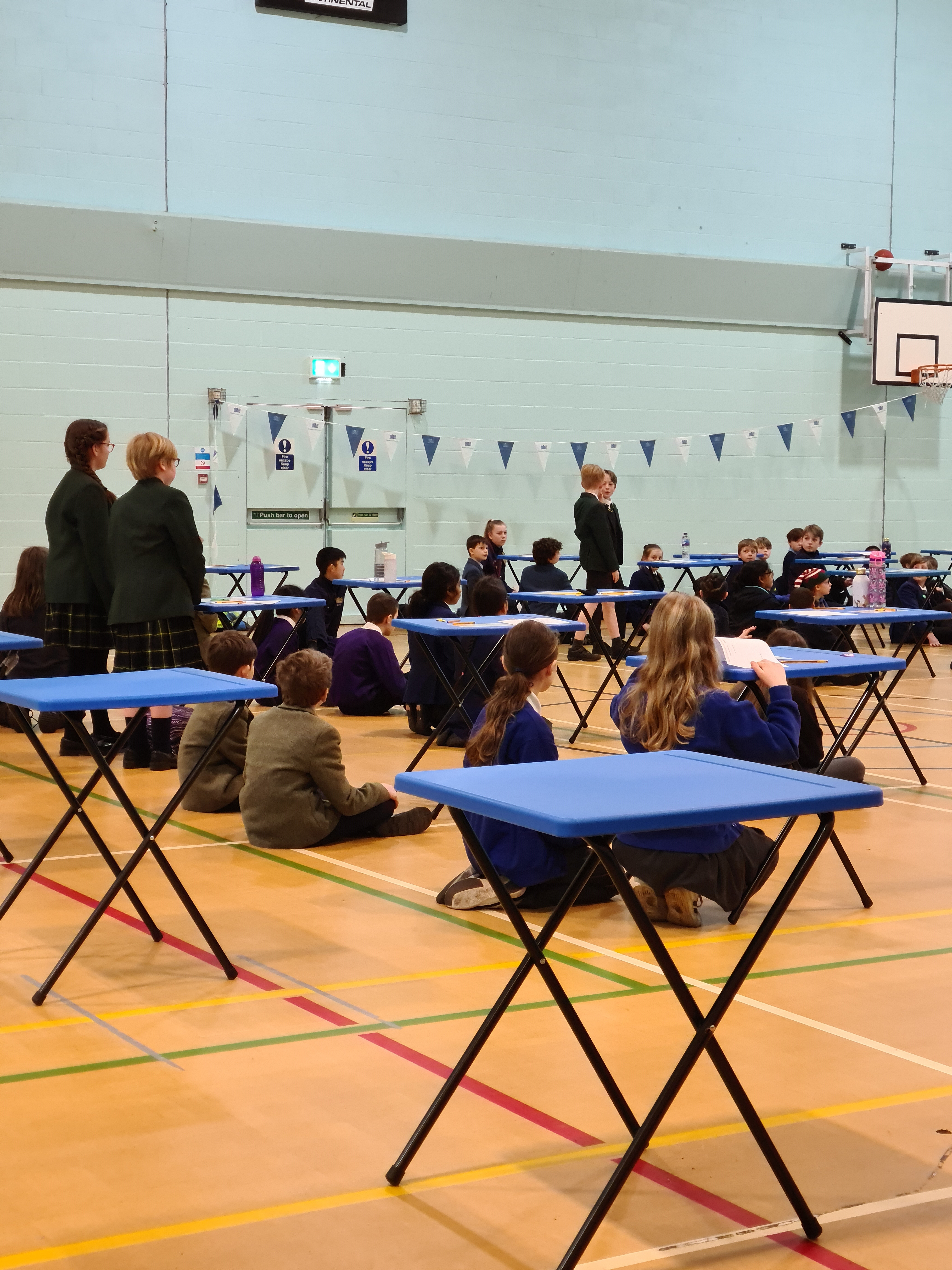 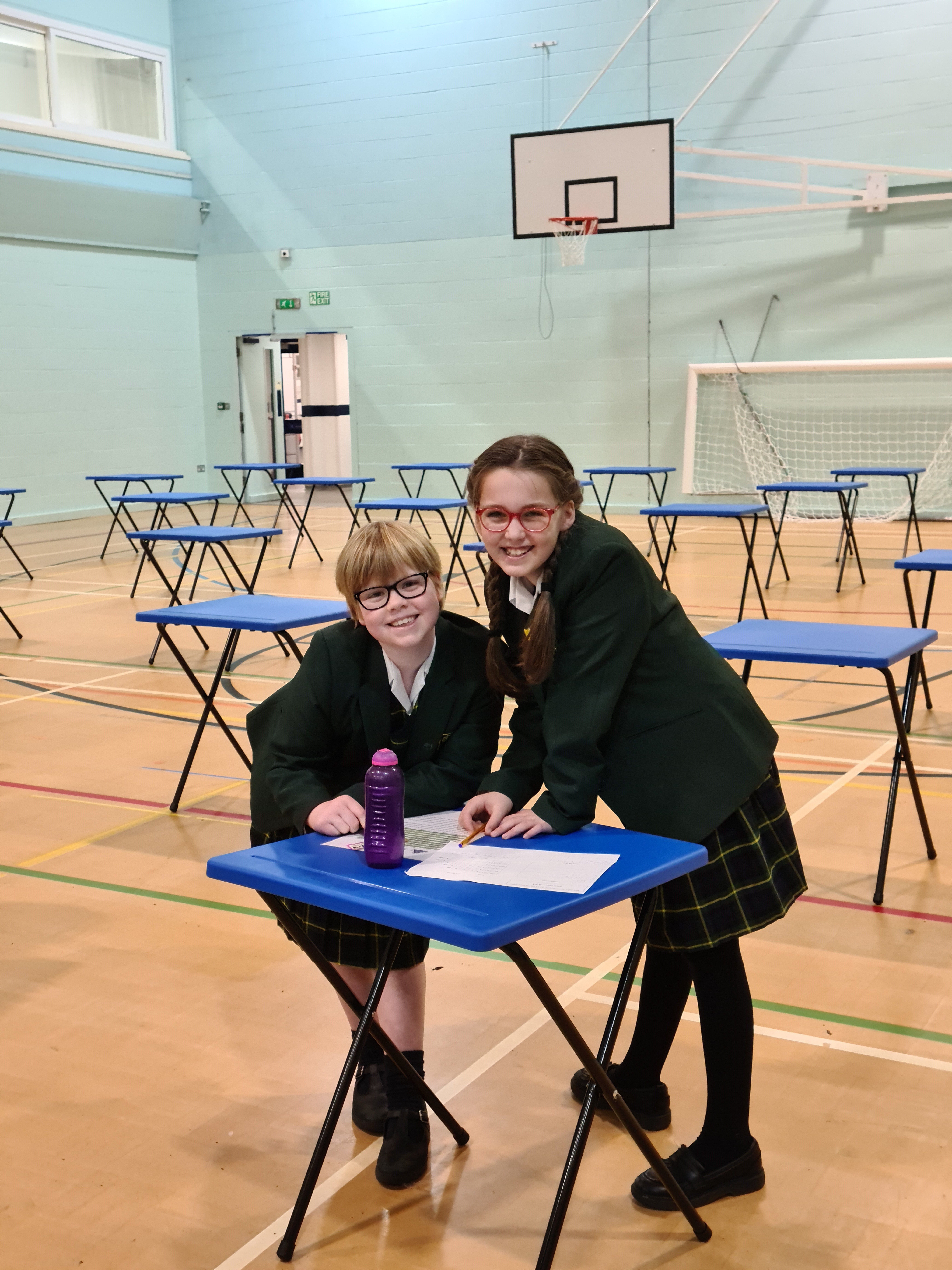 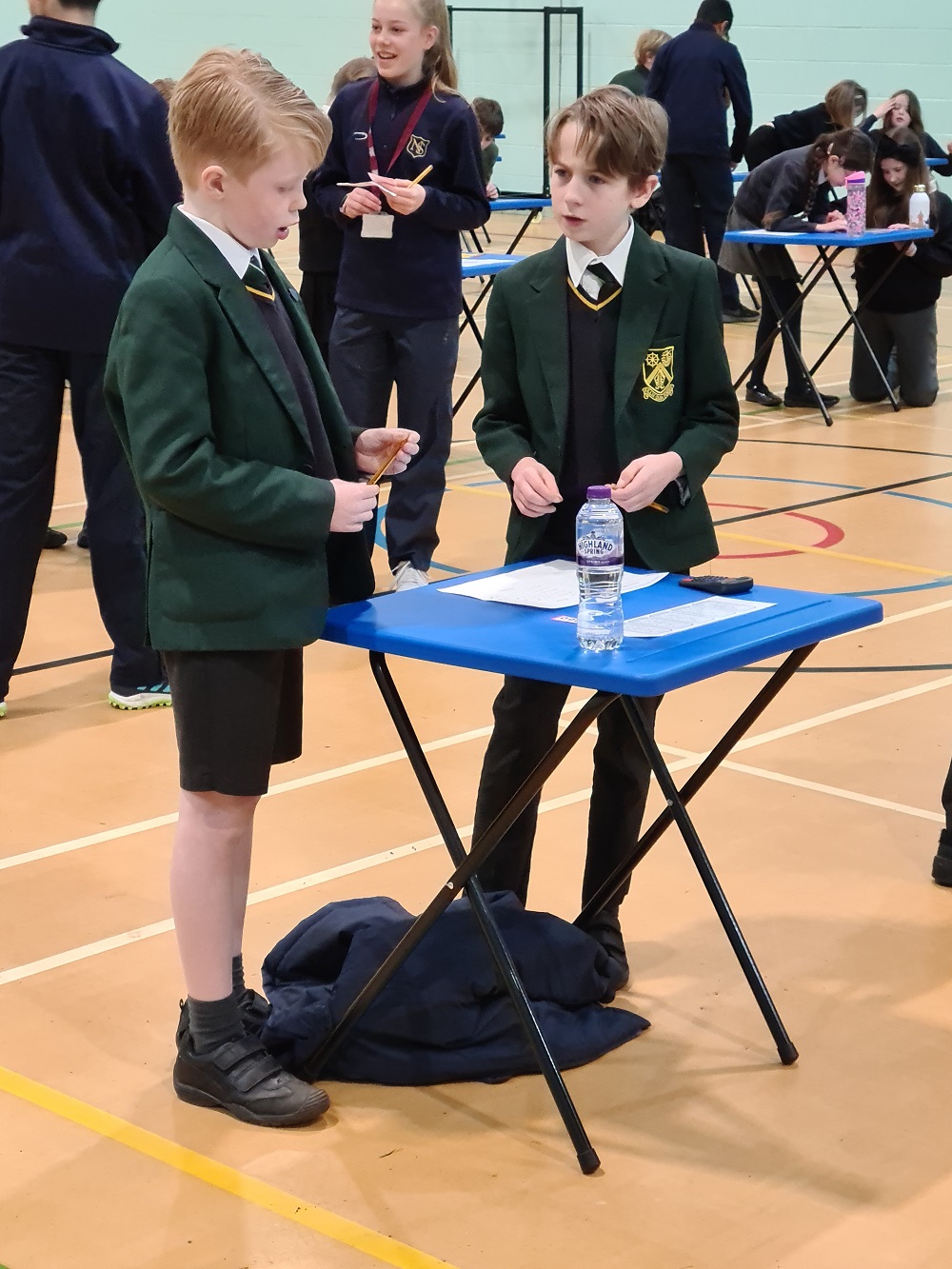 On Wednesday 23rd February, 4 of the year 5 class went to a maths challenge at Norwich School. We went in pairs, so it was Ruth and I and Freddie and Ethan. For the first fifteen minutes we went through what challenges and tasks would come up and then we got on with the challenge. We all had the same challenges just in a different order.

Our first challenge was to put lots of little triangles into bigger triangles, we found the first few quite easy, but it got harder towards the end.

After that the man hosting asked the Saint Felix team to stand up, he said about how we were taking time of our half term to be there, and we got a round of applause.

In the next round we had to work out the cycling route of different people, we found this one quite easy! That was followed by six more rounds such as broken calculators, and train times.

We tried our best and even though we didn’t win we really enjoyed ourselves!

At the end we all got cookies and orange juice, so all the hard work paid off!

On Friday 25th of February, Year Six students Bruno, Edgar, Elsa and Rufus travelled to The Norwich School to go to Maths Challenge 2022. There they competed against 34 other teams from Norfolk schools to win prizes, such as maths books and pencil cases. The four competed in two teams, Bruno with Edgar and Elsa with Rufus. Both teams scored very well and made Saint Felix proud.

The event involved algebra, countdown challenges and word problems. You might not have expected this but there was also a lot of running! It was a very active event, and we had a brilliant time representing our school. It was worth giving up a morning of our half term.