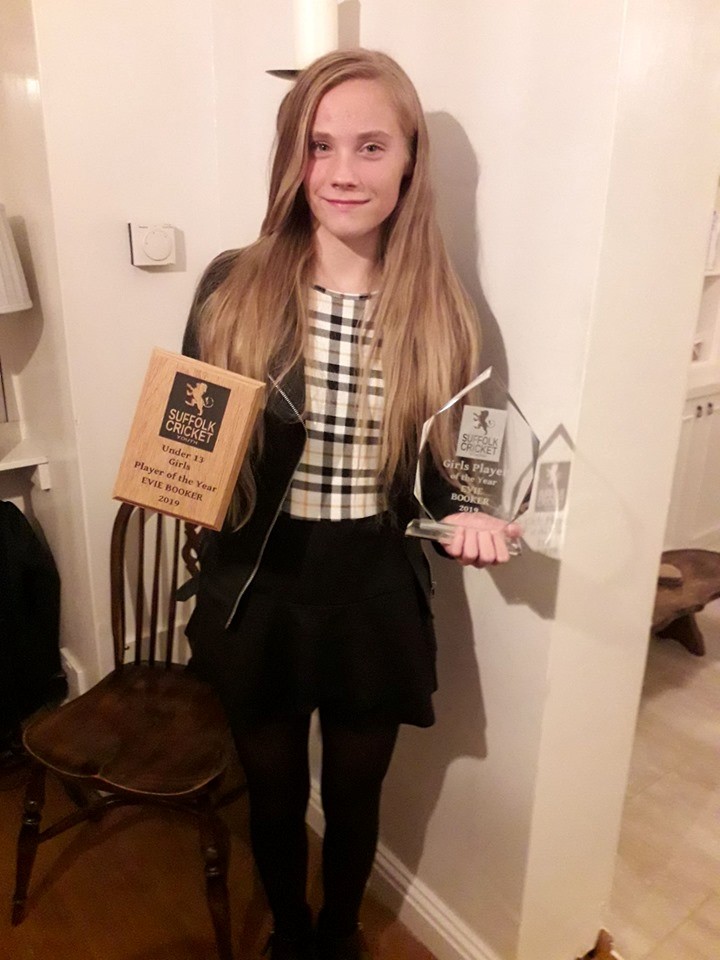 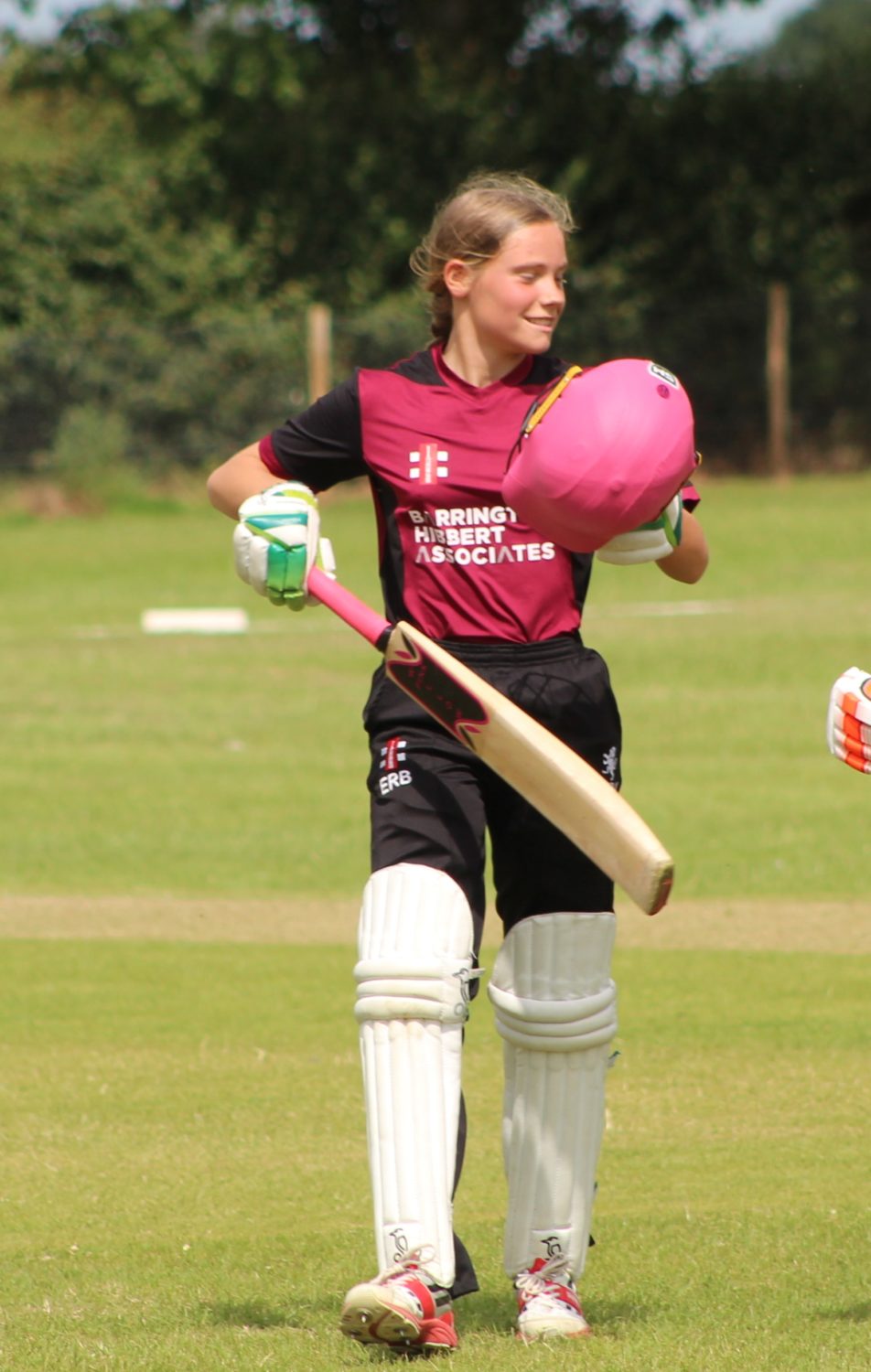 Evie has had an outstanding season of cricket. She scored 964 runs at an average of 50 and 58 wickets playing for Suffolk U13 and U15 Girls, Southwold Mens 2nds and Melton Ladies, as well as school matches, scoring 3 half centuries and her maiden century 101 for Suffolk v Norfolk.

She also secured her place for the second season with the Essex Academy, where she hopes fulfill her ambition of becoming a professional cricket player and representing her country.