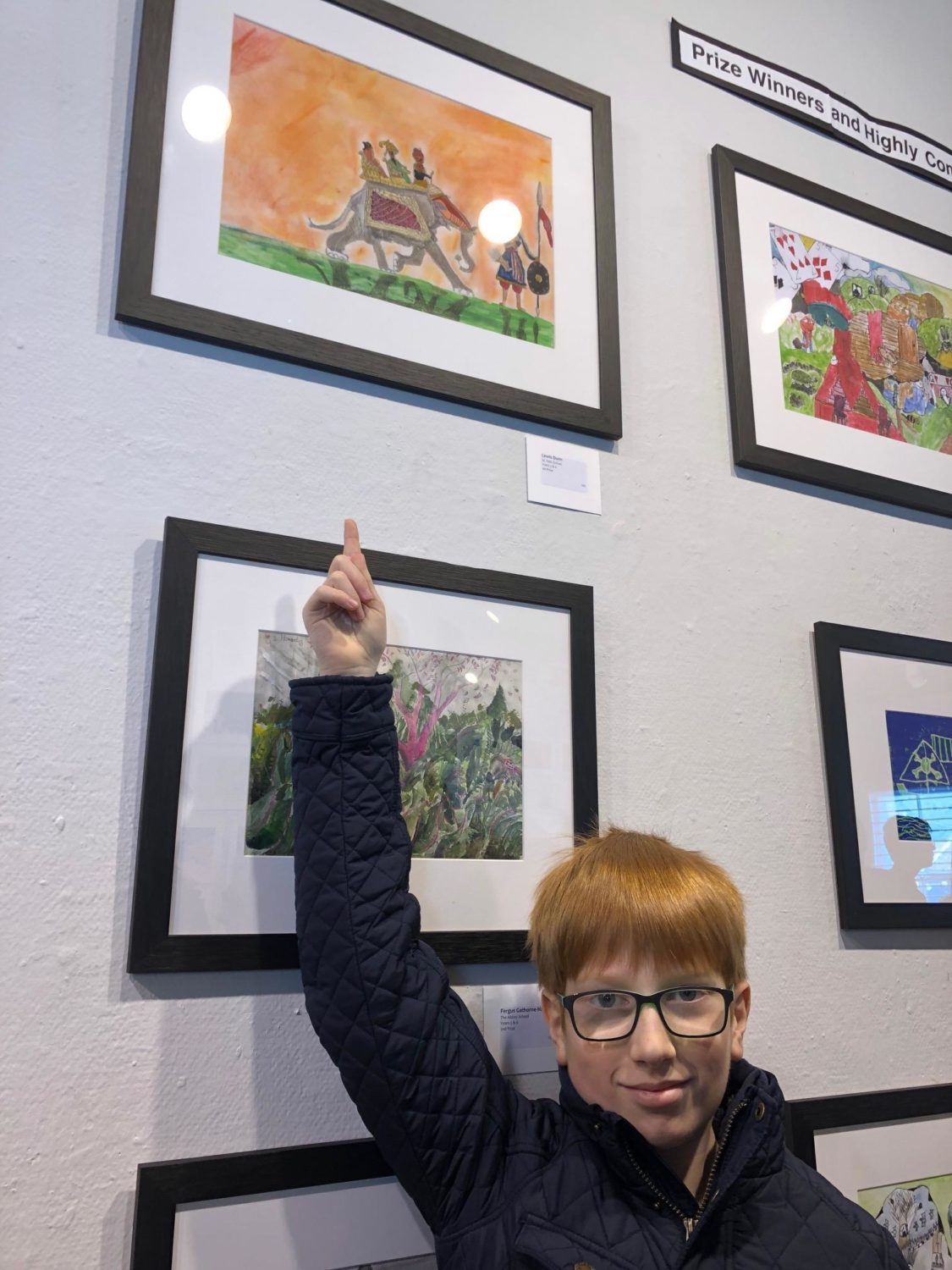 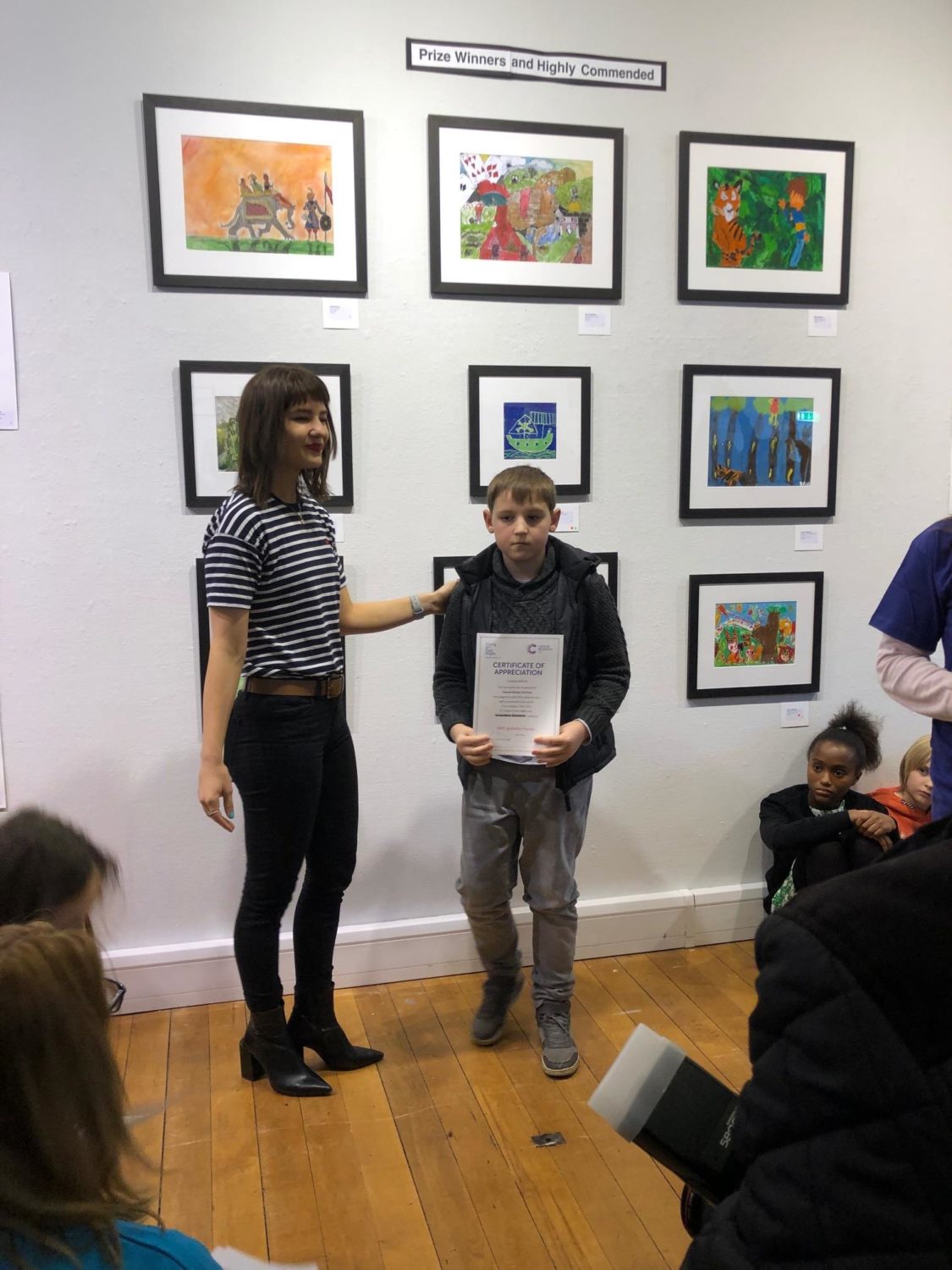 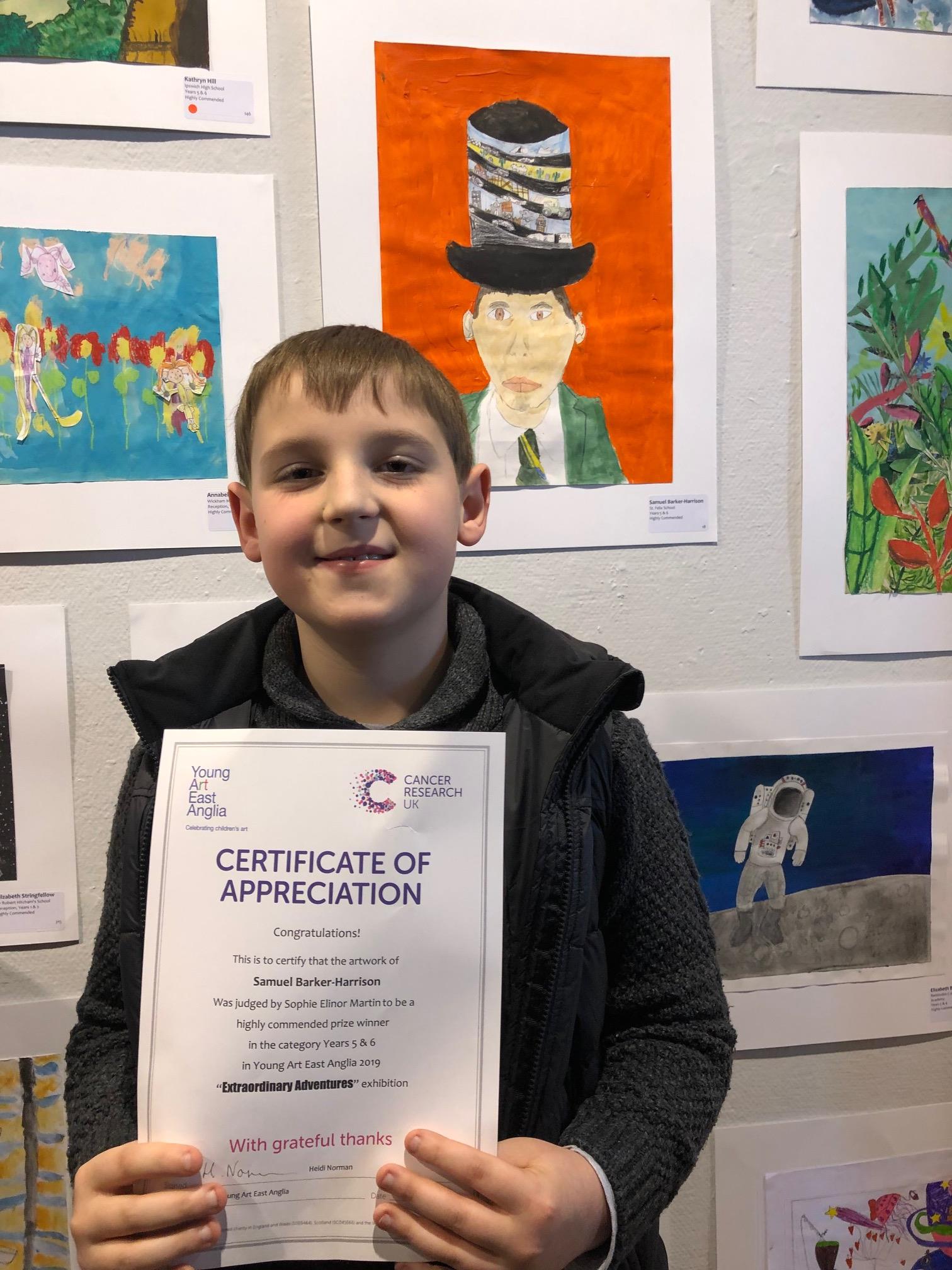 Saint Felix pupil Lewis Dunn has won a competition for young artists aged between 5 – 11 years with his ‘extraordinary’ Indian elephant.

The exhibition and competition, organised by Young Art East Anglia, was held at the Peter Pears Gallery in Aldeburgh from Friday 8th – Sunday 10th March. Open to children from across the county, 350 pieces were selected for inclusion in the exhibition from more than 1900 entries. The exhibition also raised funds for Cancer Research UK.
This year’s theme for the annual competition was “Extraordinary Adventures” and a total of fourteen Saint Felix pupils had work selected for inclusion.
Lewis’s year group at school were given an overall topic of India by art teacher Abbey Nunn. Pupils explored various aspects of the country including culture, traditions, costume, history and architecture before deciding on their own final subject.
Lewis, who was awarded top prize in the Year 5/6 age group, took inspiration from images found online, and was particularly interested in elephants as an endangered species. “I wanted to make a picture of an elephant,” the youngster said “because in the future they could become extinct if we don’t protect their habitats better”. Four of Lewis’s fellow pupils were Highly Commended for their contributions including Samuel Barker-Harrison, Herbie Shaw-Clutten, Joshua Tallamy and Lucia Franco-Key.
Mrs Nunn said “We are thrilled that 14 Saint Felix pupils’ work was selected to be displayed in a real art space. Watching the delight on their faces in the gallery at the weekend when finding their art was spectacular and very rewarding.”