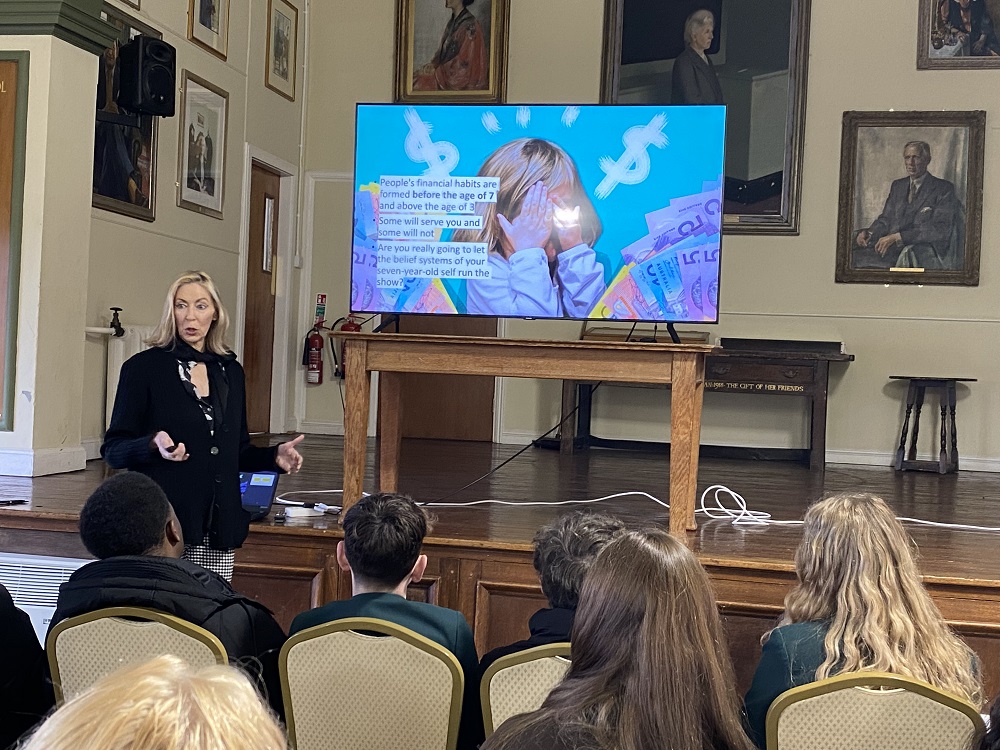 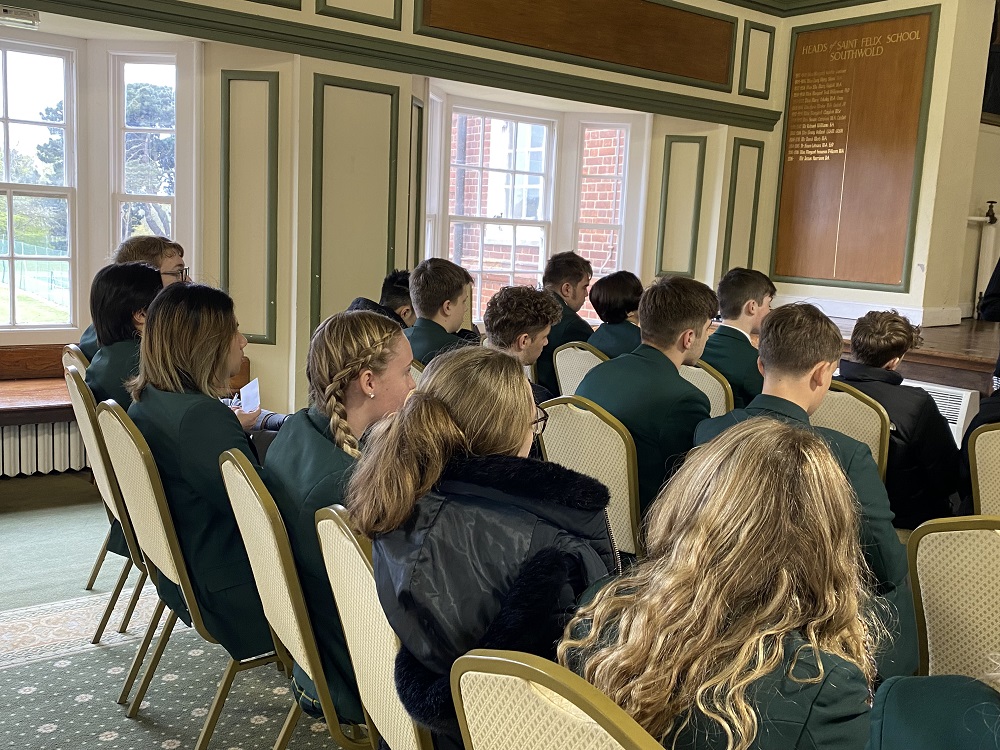 Financial literacy talks with former investment banker (and bestselling author) Linda Davies have begun –  this time, for our Year 11 pupils.

Linda Davies began her talks last term for our Sixth Form pupils and has tailored them for our younger Seniors. The talks took place in Gardiner Hall once again.

Linda began by asking the pupils: what do you think about when I say money?

Small group discussion took place and the pupils were given the chance to discuss with the group. Answers included: investment, lifestyle, influence, corruption and responsibility.

Pupils were also encouraged to consider the ways in which a careful and mindful approach to saving (and spending) can influence our lives.

Many young people will be influenced in their attitude to money at an early age with spending habits formed by aged 7. The pupils were asked: do we really want to be ruled by our 7 year old brains?

Sadly, there is still gender bias in the way children are treated when it comes to things like pocket money. Recent surveys have found that income given to boys is often higher than for female siblings.

Linda also gave brief, but highly enjoyable tour of key historical moments, from movers and shakers like Henry I and Sir Isaac Newton, to the chaos and social unrest caused by hyperinflation.

Pupils were asked if they would rather keep a £50 note (as pictured above) or a gold coin? And then asked why?

Everyone was encouraged to examine their own possible biases, e.g. that gambling is just “harmless fun”.

There are many gateways to gambling, including in-game purchases and character enhancement and the opportunity to purchase things like Loot Boxes and Funko Pops.

The group were warned about the “cruel maths” involved with online gambling – where odds are manipulated so that the house will always win.

The Financial Literacy talks promise, once again, to be a fascinating and useful series. Saint Felix is very pleased to offer Linda’s expertise to its Senior pupils.

The talks are part of our Sixth Form Department Futures programme – find out more here.