Three of our pupils were active over half term, competing in Tennis competitions. 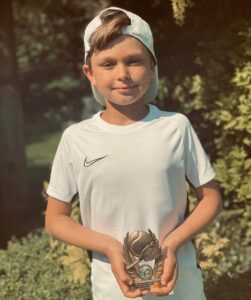 Joshua Tallamy travelled to Dorset to compete in the Grade 4 Under 11’s Sherbourne Open in Dorset playing up a year.
Joshua won his quarter final match, then went on to win the semi final, knocking out the number one seed and managed to get to the final in a tight match of sudden death deuces.  A great and determined performance. 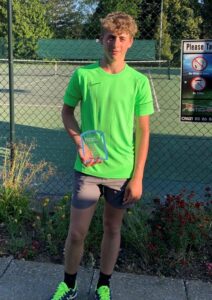 Daniel Franco-Key won the Under 14 singles and runner-up in the Under 14 doubles.  He also played in the Under 16 category but narrowly lost in the semi-finals to the eventual winner, 2 years older than him, 7-6, 5-7, 6-10 in the match tie break. 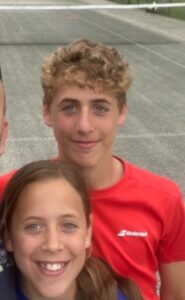 Lucia Franco-Key played in the Under 11 and Under 12 categories and although there were no victories, she played some great matches.  Lucia has competed less then Daniel but made some good progress over the week gaining in confidence and one match that does stand out where she won in the match tie-break very narrowly but had to deal with a very difficult opponent who kept challenging everything, including asking if she had paid the Referee!! She has been selected to play the girls’ Under 11 County Cup.