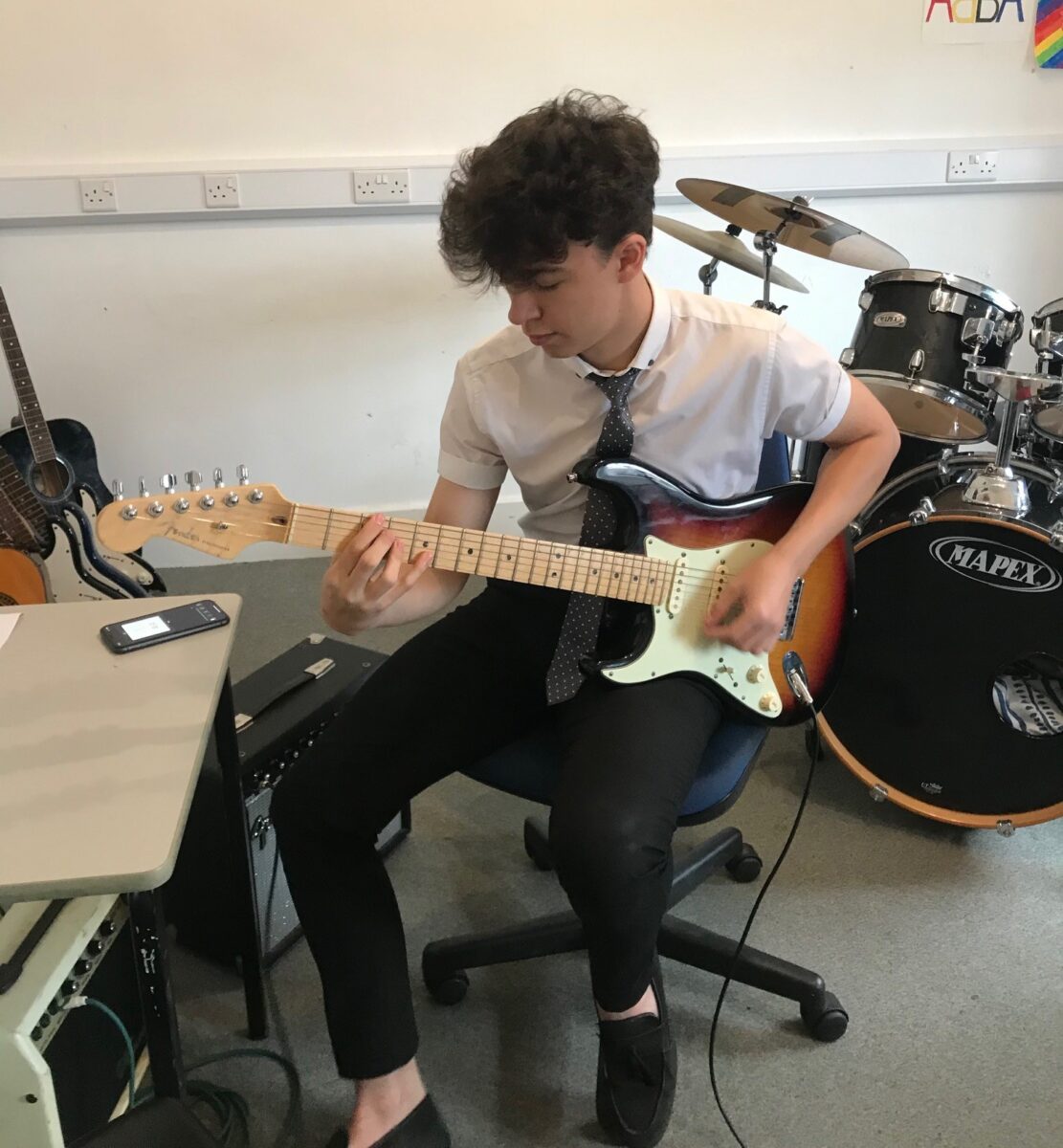 A Level Music student, Joe Devonshire, has had a busy few months. He was one of the pioneers entering the ABRSM’s new online Grade 5 Music Theory examination at the end of August and has heard that, after a very intense period of study over the summer holidays through virtual sessions with teacher Jenny Baker, he has achieved a Distinction in this, his first ever Theory examination.

Joe is just as busy now he has returned to school; in addition to taking Grade 7 Rockschool on guitar this month, he is working with the school’s visiting guitar teacher, Mark Chapman, to prepare a 20-minute recorded performance of Jazz Standards and his own compositions for submission to the Royal Academy of Music and Trinity-Laban Conservatoire of Music by mid-October, as part of their audition process. Joe is applying to both conservatoires and universities to study for a Music degree, with a specialism in Jazz Performance. He enjoys the academic aspects of the Music A Level course, in particular the study of harmony, whether in the Chorale settings of J S Bach, the modal evocations of place and mood in Debussy’s piano pieces, or the progressive compositions of the great jazz musician, Courtney Pine. His first love, however, is performing. He has played in the school’s Rock Band and in the small ensembles that accompany the soloists in the House Shout, as well as singing in the Choir and the Chamber Choir. He is often to be found improvising on the guitar in the Hess Studio. Joe hopes eventually to find a career in which performance plays a significant role.