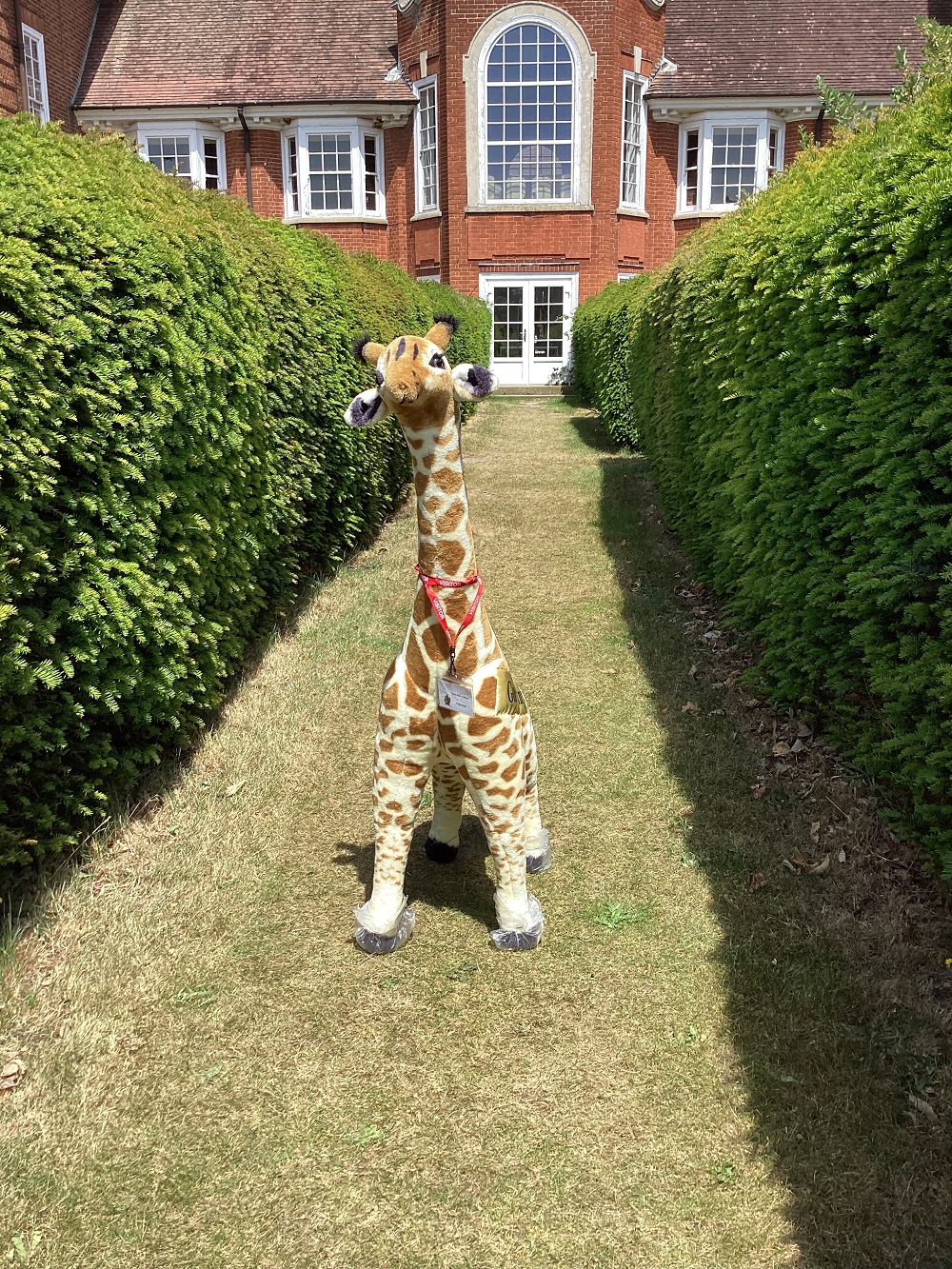 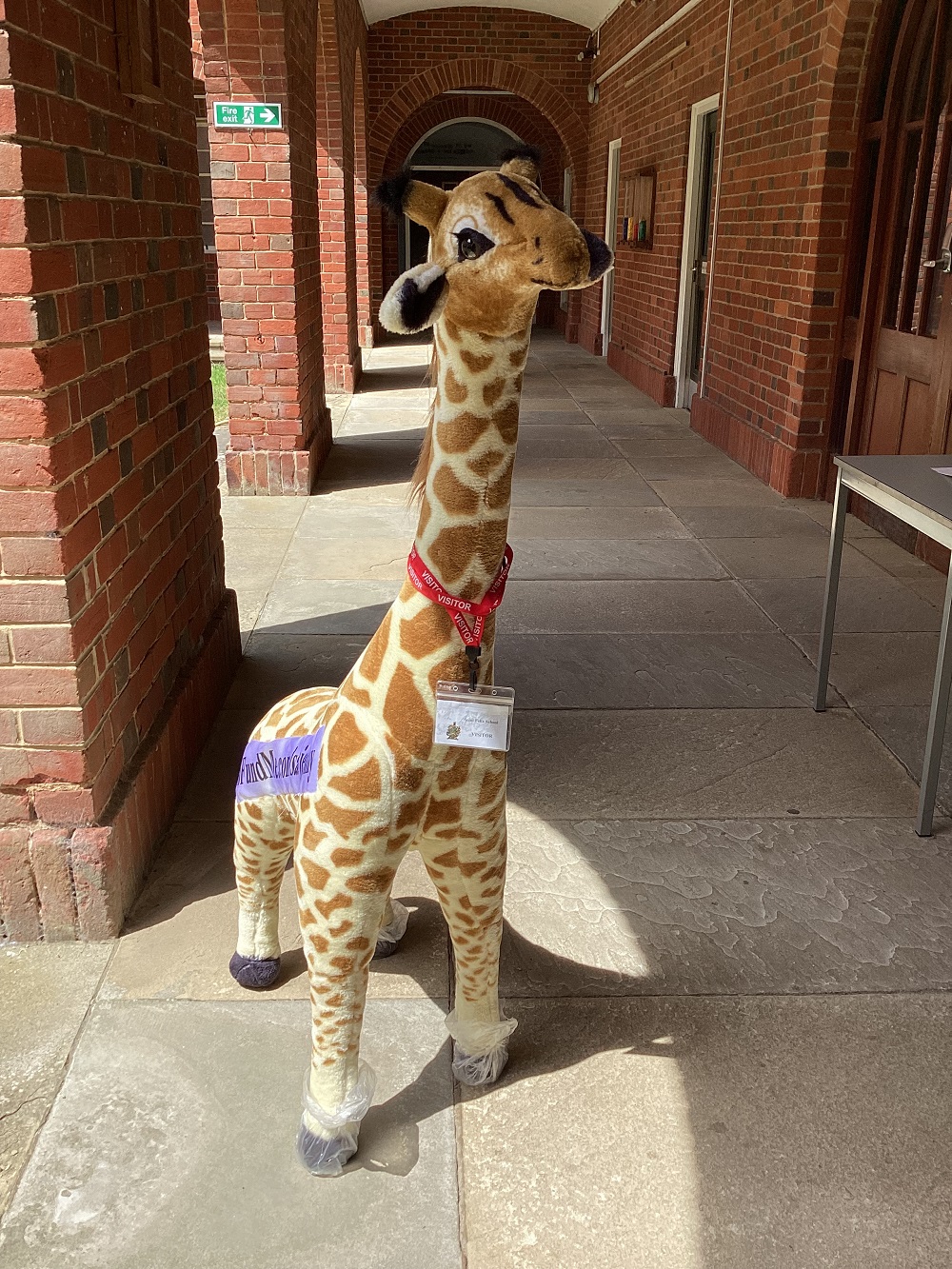 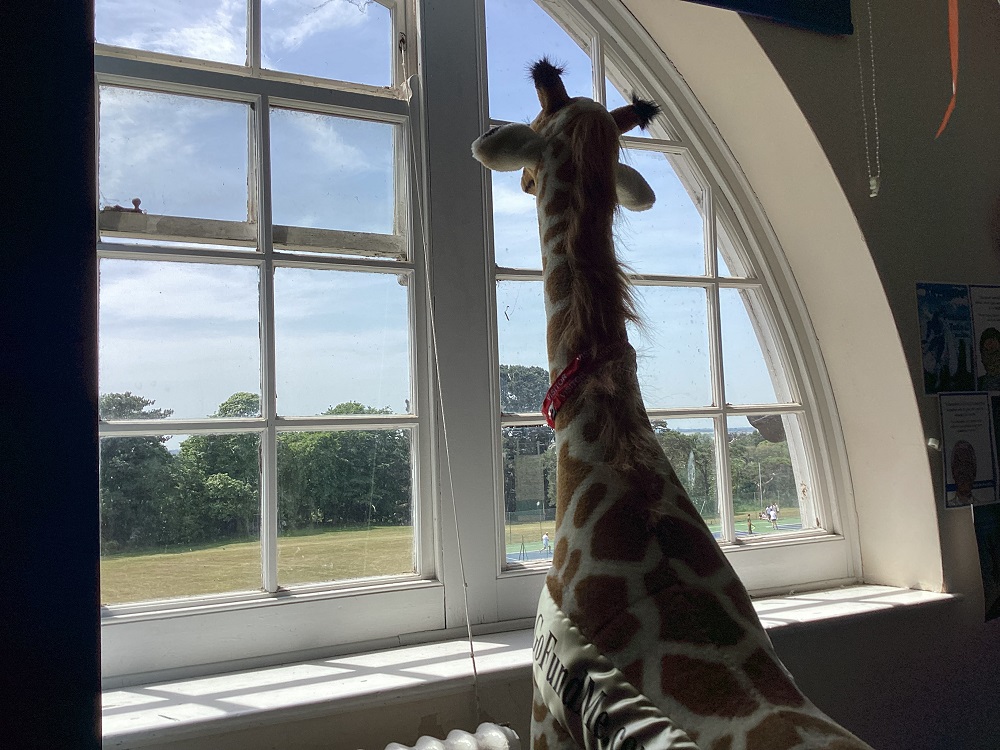 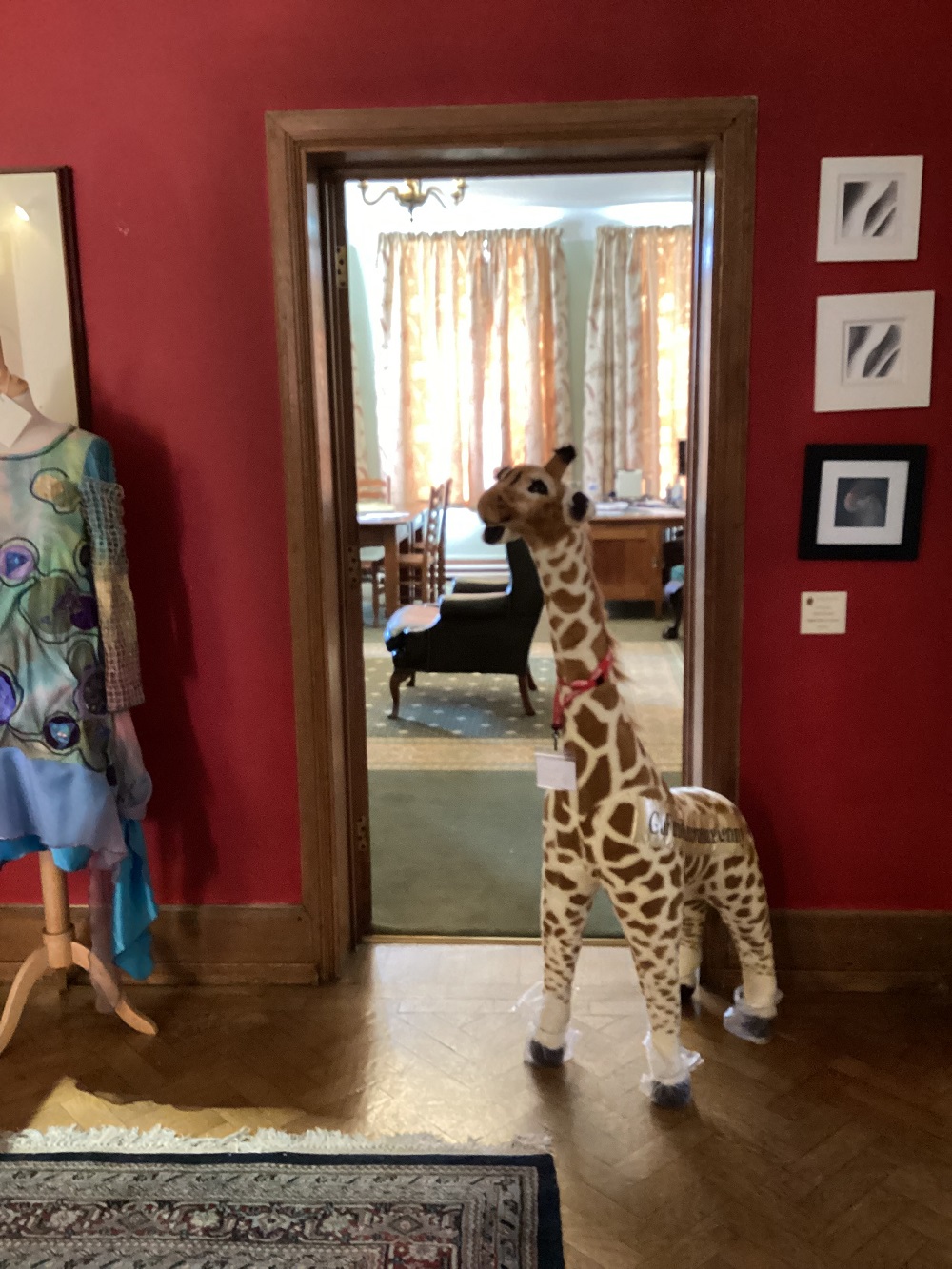 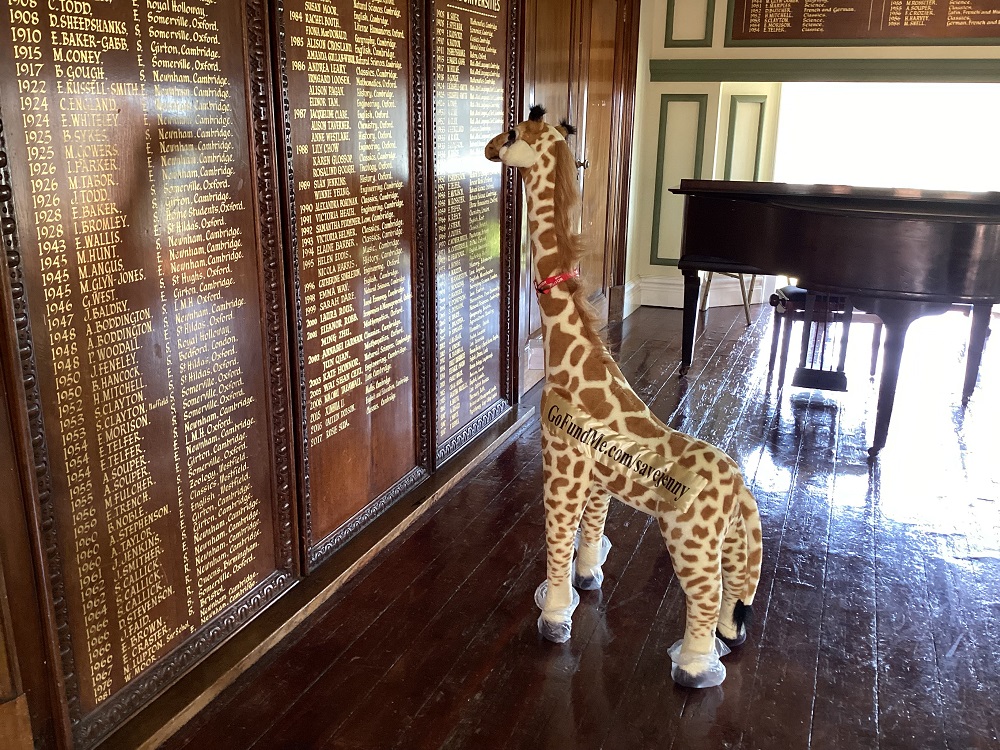 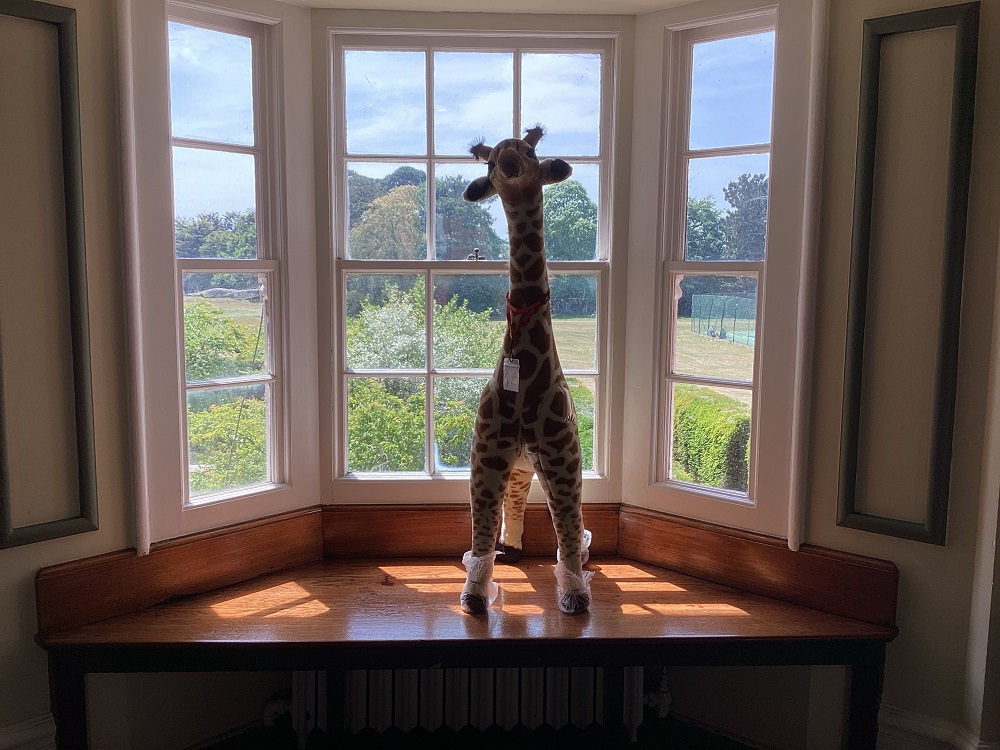 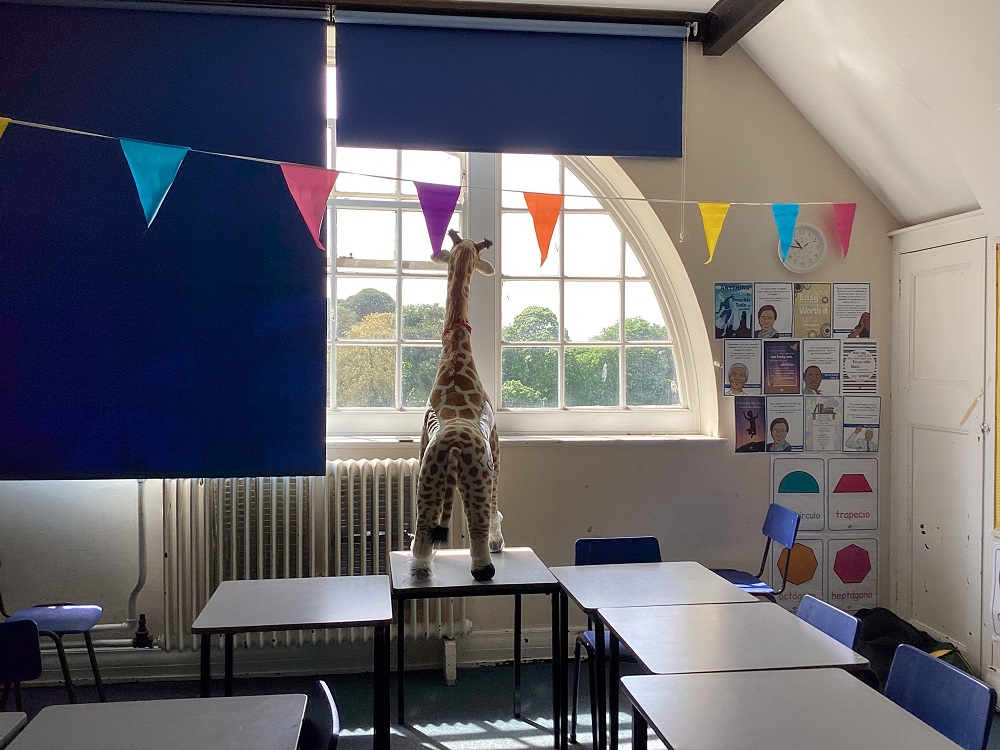 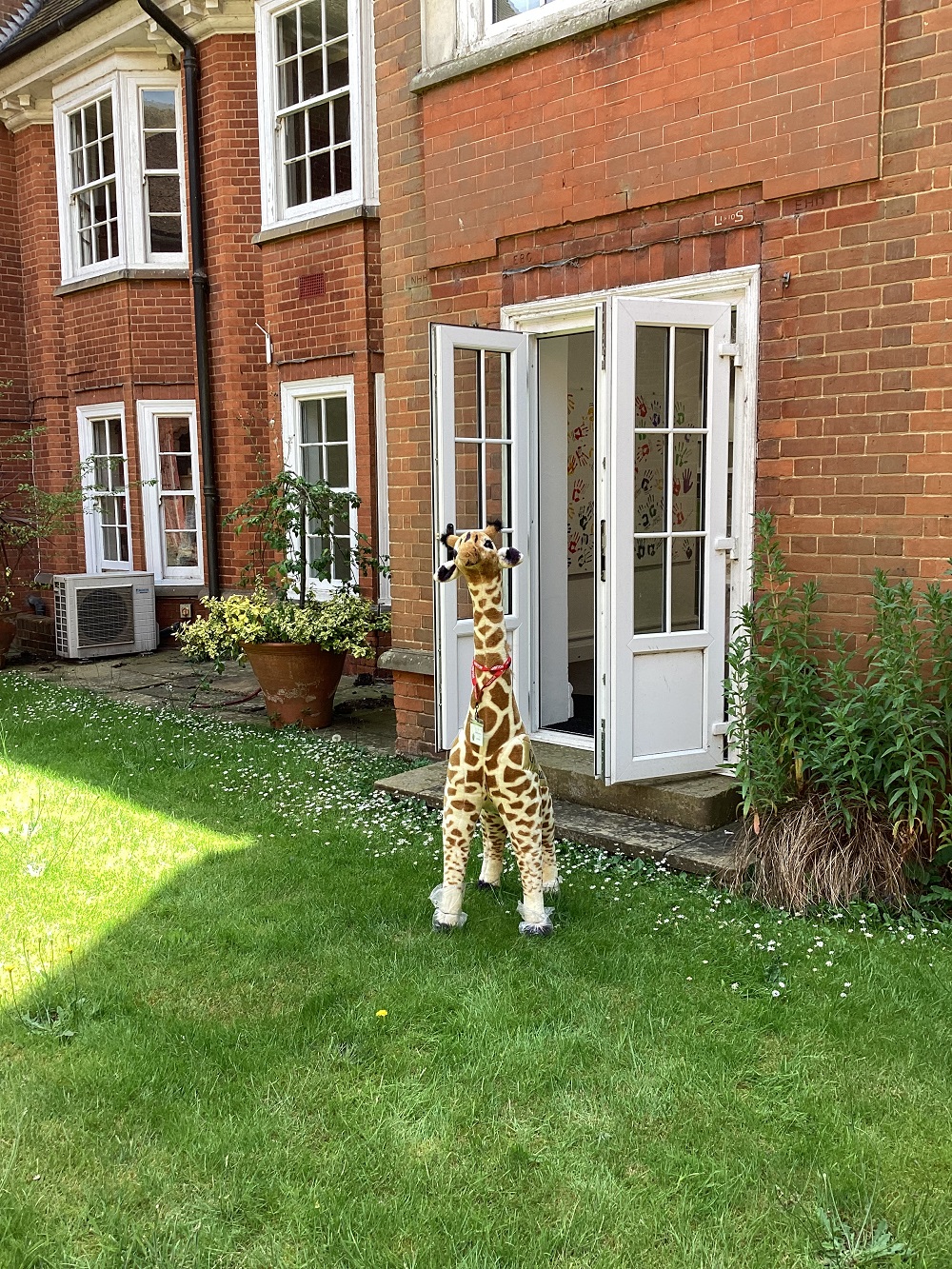 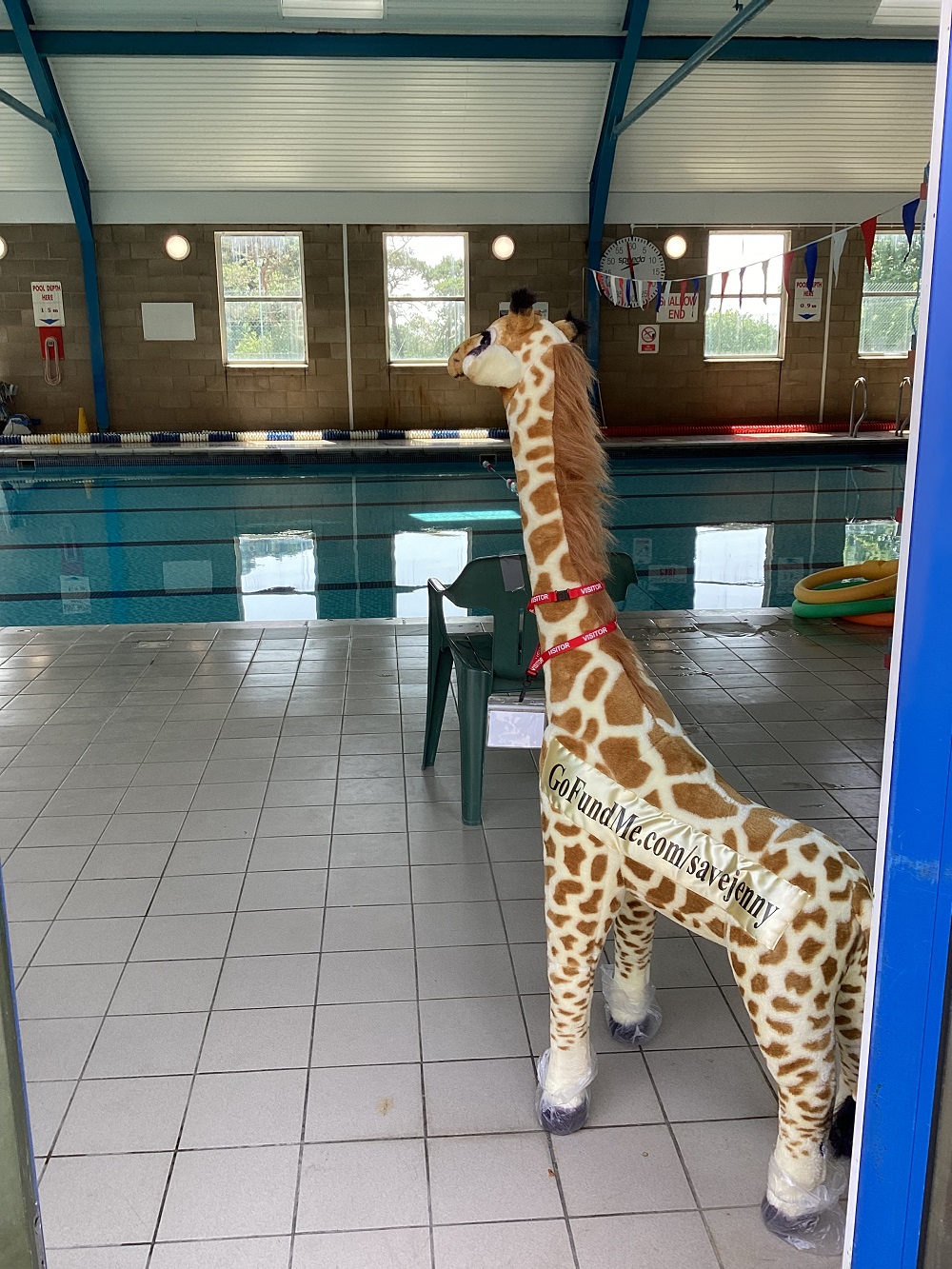 Jenny Rowbory was a pupil at Saint Felix from 1998 -2002, before going on to Bristol University to study Classics. She became seriously ill, aged 18, in her first term at Bristol and was diagnosed with Ehlers-Danlos Syndrome (EDS); a genetic disorder that causes her to produce faulty collagen. Jenny’s family have tried several types of treatment over the years, but none have been successful. A failed operation two years ago meant that Jenny’s situation deteriorated which is why she needs help now.

Jenny, now 36, is fundraising for a life-saving operation in New York with a gofundme page: https://www.gofundme.com/f/savejenny , using a toy giraffe to draw attention to the campaign.

Jenny’s giraffe was brought to the school by current giraffe “keeper”, Justine Ashford, on 17 June with a photo schedule suggested by Jenny of favourite spots around the school which included:  O5, Gardiner Hall, music corridor, netball court with a Wing Defence bib for the giraffe, chapel, swimming pool and the cloisters. Justine also suggested a shoot in Lynda’s garden as Jenny very fond of Miss Branson and took part in her drama productions.

“When Justine approached the school, we were able to quickly mobilise staff to give Jenny’s giraffe a virtual photographic tour of favourite places. We are so touched by Jenny’s plight. We will be putting the campaign forward to the new School Council Heads of Charity for next term.” Deputy head, Annie Hardcastle

Jenny the Giraffe is travelling the country, from person to person to inspire donations. Photos of the journey can be followed on social media and Jenny’s website www.jkrowbory.co.uk/journey

Jenny’s condition means that she is unable to leave her bed, but she is still writing and keenly following the progress of what has become known as the “Journey of Jenny’s Giraffe”.

Jenny has written a lengthy account of her time at the school to help with the fundraising effort; it took her two days and she wrote it lying down holding the phone up, only stopping when her hands and arms were shaking too much to continue.

“If magic has ever existed, it was for four years between 1998 and 2002 at Saint Felix School in Southwold, Suffolk in that little pocket of blissful happiness. For four years it was my whole world, my home. That moment in time, in that place with those people, is still where my heart wants to live and to where it wants to go home.”

More about : Journey of Jenny the Giraffe – Jenny Rowbory (jkrowbory.co.uk)

Gofundme: Fundraiser by Jenny Rowbory : Jenny Can’t Be Left Like This (gofundme.com)