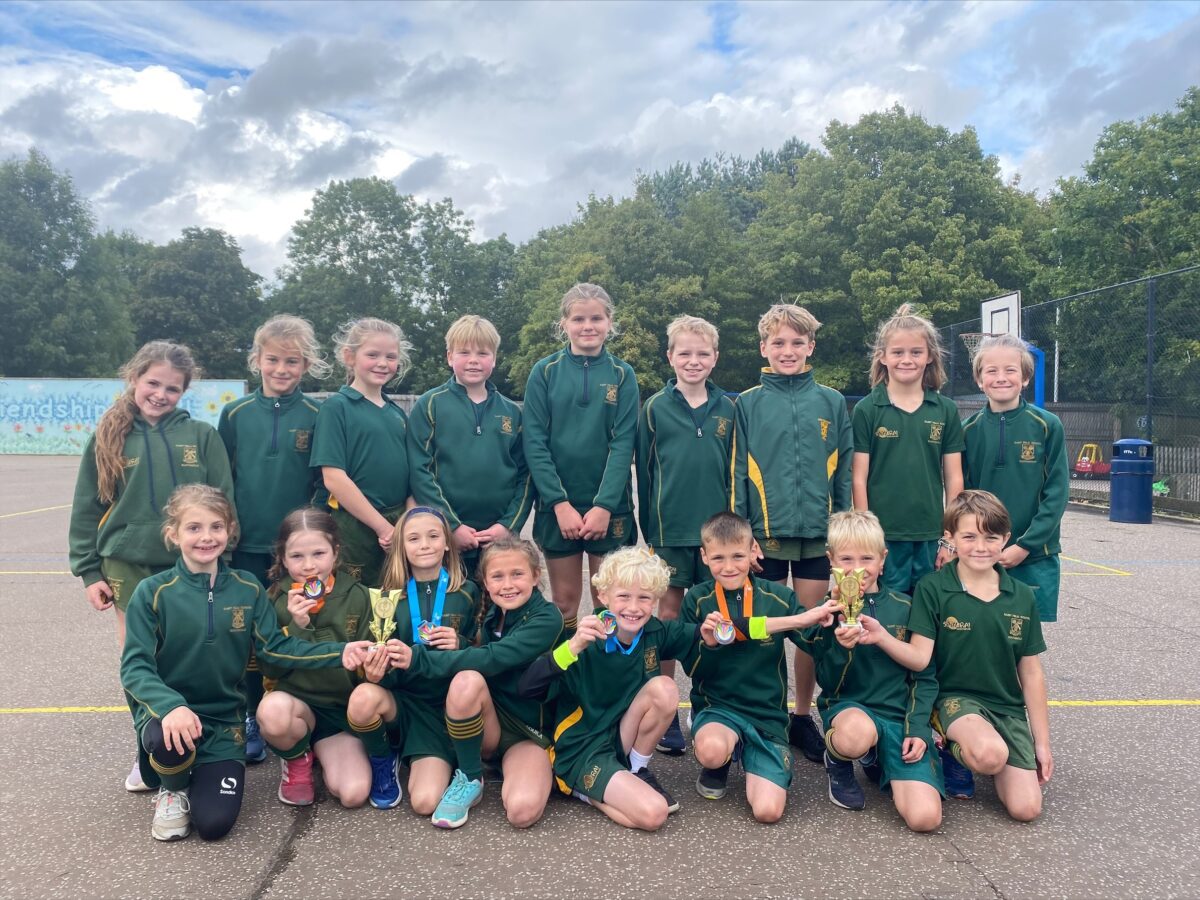 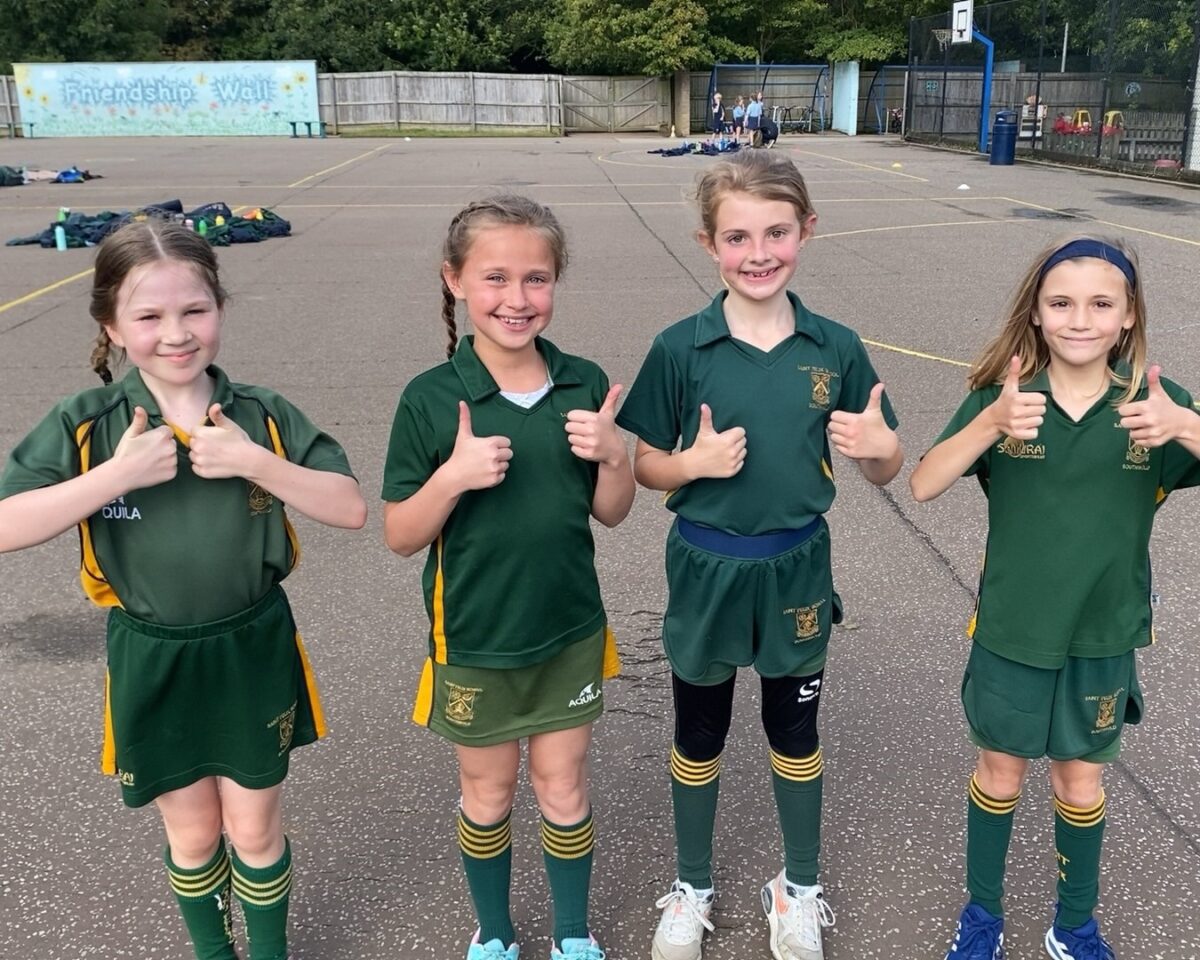 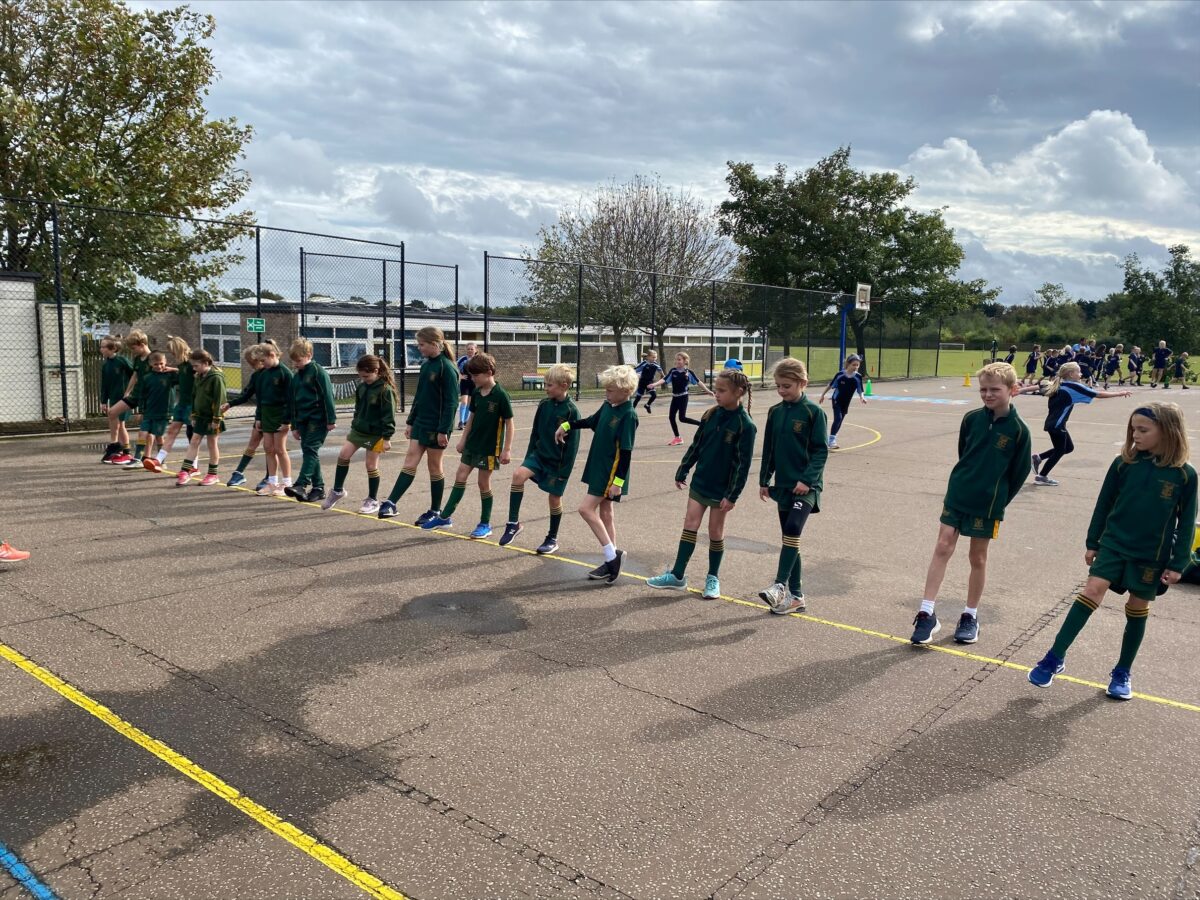 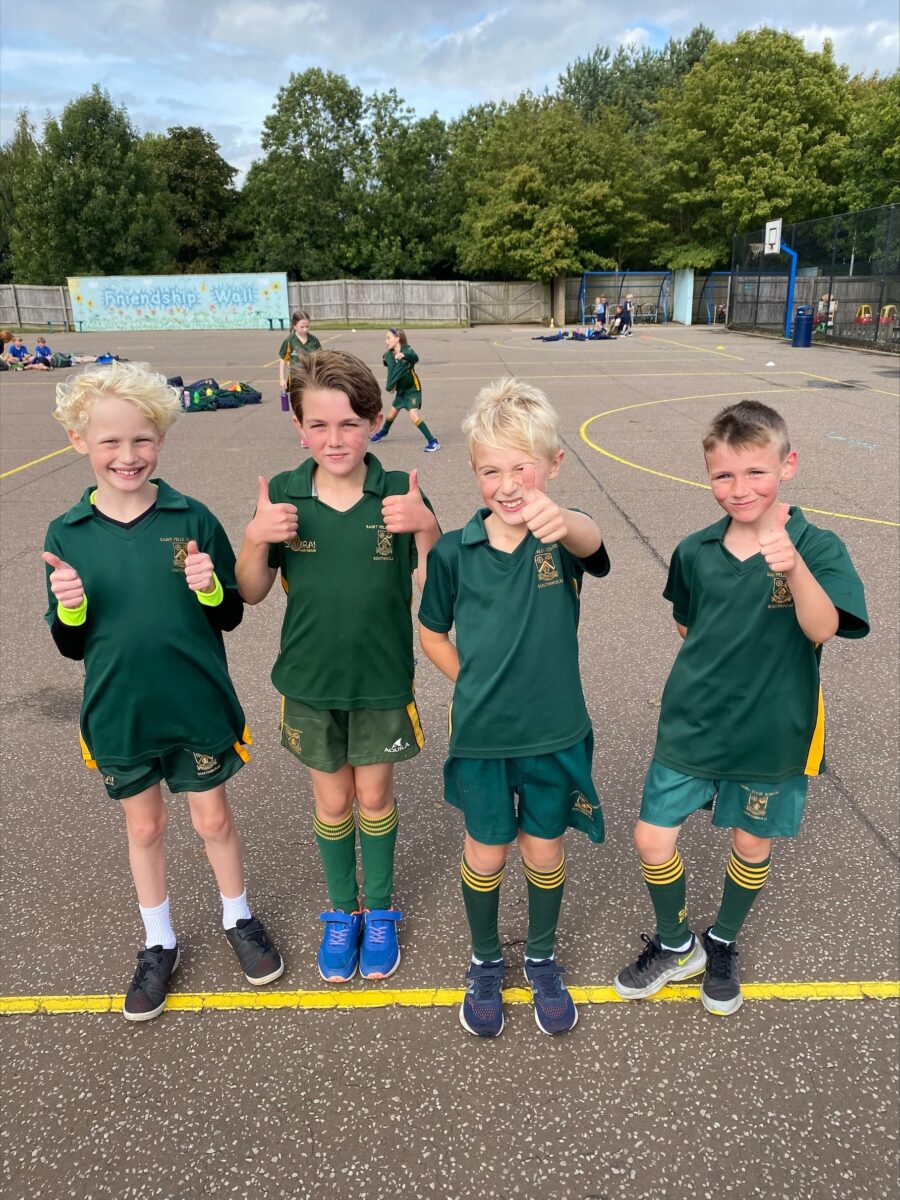 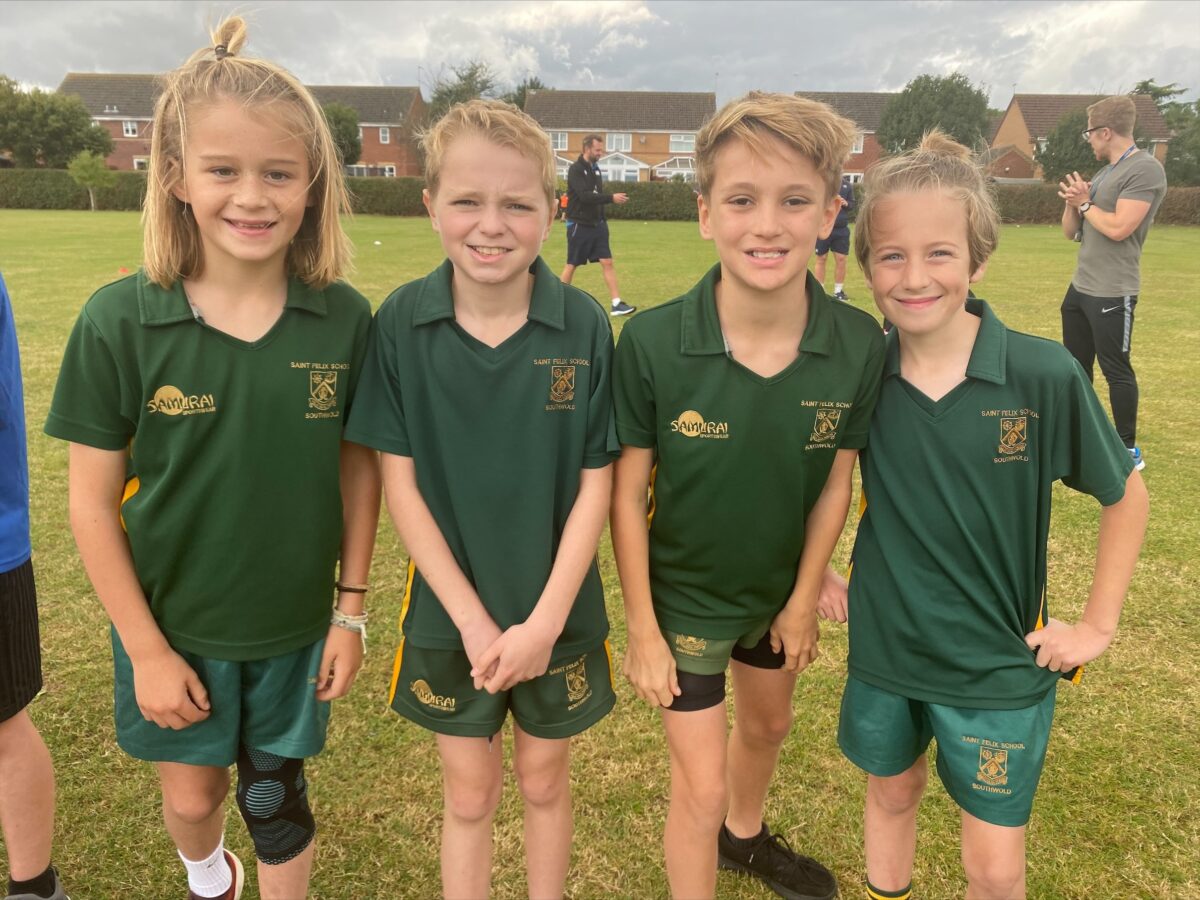 On Friday 1st October, Under 9 and Under 11 pupils travelled to the North Suffolk School Games Cross Country at Worlingham Primary School.

The Under 9 Girls and Under 9 Boys came first in their team categories and the Under 11 Boys came third overall and the Under 11 girls in fifth place. With all of the children’s scores combined the Saint Felix Prep team came second overall. Cerys in Year 4 has provided a write-up of the event.

I was scared and nervous but I took great pride in representing the school on Friday in the X – Country.

When I was preparing for the race I felt like I had butterflies in my stomach and I felt quite overwhelmed.

The way I stayed focused during the race is, I took deep breaths and ran on. It was so long and it was hard when I came out the wooded area I felt so tired and on my last string.

But I kept going and managed to maintain a medal place.

At the end I felt slightly like I would die and I was so out of breath. It was cool winning a medal.