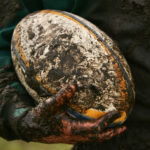 On Thursday 17th October St Felix U14/15 made the short journey to play their counterparts at Bungay High School.

Bungay were missing a few players therefore I would like to commend the Saint Felix boys who played with the core values of rugby and donned the Bungay shirts in each half to help the opposition, and allow for a more competitive fixture.

Saint Felix opened the game playing at full throttle. Improved technique in the ruck area allowed for quick ball to pass through the hands of the backs and forwards alike. Passing from the floor and tackle area led to Saint Felix finding space in a broken defence. Bungay tackled well and with heart however the weight of passing lead to a flurry of tries.

Bungay replied with two tries of their own – one converted. Notably, however, Marcus managed to score a try for both teams! Saint Felix continued to play fast, elusive rugby and finished the match with a flourish of tries despite the late downpour from the heavens.