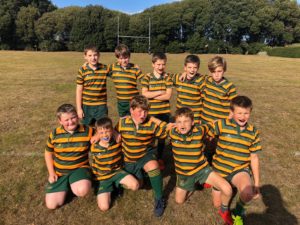 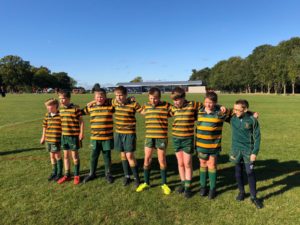 On Wednesday 2nd October, Saint Felix U11 Rugby team travelled to Finborough. The match report has been written by William Foskett.

It was a long drive to Finborough school but the sun was out and it was nice weather to play in.
The game started well with us scoring in the first two minutes with a nice long run ending in a try. It was an end to end game with the half time score three tries all. In the second half, Finborough made lots of good runs and opportunities to score. It was hard as they had three full teams to swap on and off so we got very tired as the game went on, we had no subs. In the end we lost the game 9-5 but we did well and I was pleased that I scored five tries to help the score look good in the end.
I think we could have won if they had not had so many subs.