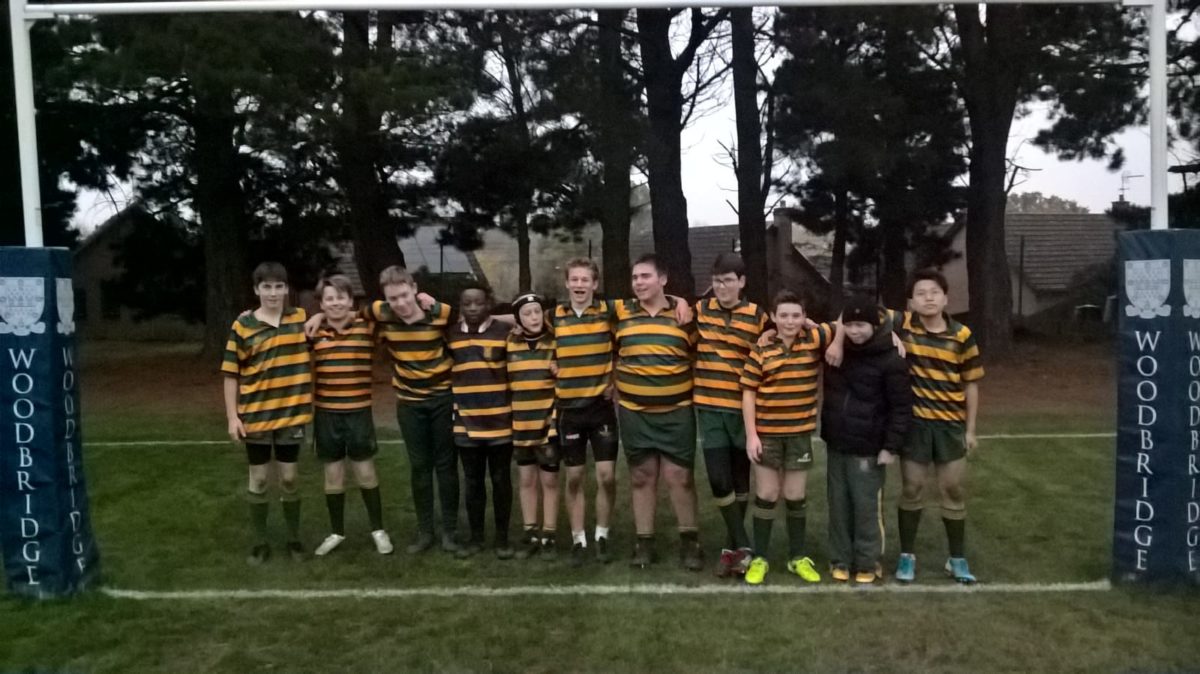 Wednesday 20th November saw a finely balanced match between two even and committed teams. Saint Felix opened the scoring through an elusive run from Daniel; Woodbridge replied with the last move the first half to level the score. Daniel scored another try to take the lead however, Saint Felix switched off and let Woodbridge score a second try. Both sides had the chances to win the match but resolute defence from both teams held firm. Special mention goes to Freddie for pulling off a shuddering try saving-tackle to keep the scores even. A great game played in the spirit of rugby. Final score Saint Felix 12/13’s 10 – Woodbridge 10.

In a festive cracker of a match of end-to-end rugby on Thursday 21st November, the referee lost track of the score amongst all the excitement and action. Saint Felix weathered some early pressure but began to concede some tries however, the team rallied and scored some fantastic long-range tries through the powerful and elusive running of Oscar (4) and Sam (3). The game continued swinging from end to end but the highlight of the match was Troy driving through the Woodbridge team from 25 metres to score a try – and losing both his boots in the mud in the process! A true team effort and many thanks to Woodbridge for kindly loaning some players to bring Saint Felix to full strength. Woodbridge score unknown – Saint Felix 40.