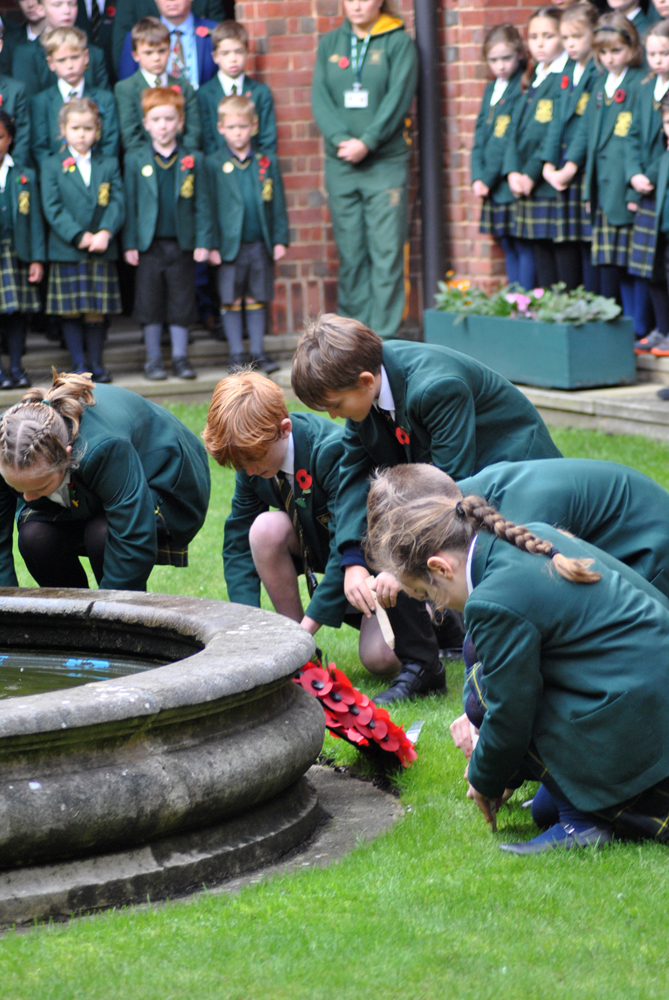 On Friday 10 November, the whole school assembled to observe the two minute silence and honour the courage and devotion of brave men and women who died in service.

The names of Old Felicians who served in the WRNS and the WRAF were recalled. Polly Chan in Year 8 sounded the Last Post and the Heads of School, Heads of Prep Department and four Year 7 pupils laid the wreath and crosses in a moving service (images 0029 and 0046 attached).