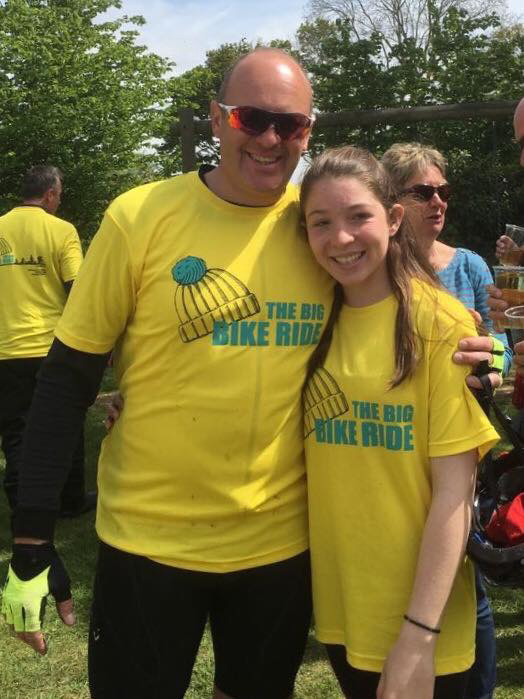 Eirinn, currently in Year 8 at the school in Southwold, cycled from Bramfield in Suffolk to Hunstanton then to Great Yarmouth and back in memory of Kate Woodruff. All money raised through sponsorship is being split equally between St Elizabeth Hospice, Ipswich, where
Mrs Woodruff was cared for during her final weeks, and Bramfield CEVC Primary School, where a new early year’s facility will be dedicated in her honour.

Accompanied by 70 fellow cyclists for the duration of the ride, including Mrs Woodruff’s husband Jonathan, a well-known face locally as a coach at Southwold Rugby Club, Eirinn completed the marathon ride in just three days over the first weekend in May. For the last leg, 200 cyclists (the youngest just three years old) cycled from Henham to Bramfield, where they were met with a celebratory barbecue prepared by the Huntingfield Arms with live music from Matt Shepherd.

As a keen participant in a number of sports, Eirinn is part of the Saint Felix swim squad as well as tennis captain and has a trial in June with the Suffolk County netball team. “It was exhausting”, says Eirinn’s father, Steve Cross, “but we are so proud of Eirinn and all of the participants for their efforts. Our original fundraising target was £10,000 so to have more than quadrupled that is incredible. It’s a great tribute to Kate and means that her legacy will live on at Bramfield Primary as well as at St Elizabeth’s Hospice who provide such important support to cancer patients and their families”.