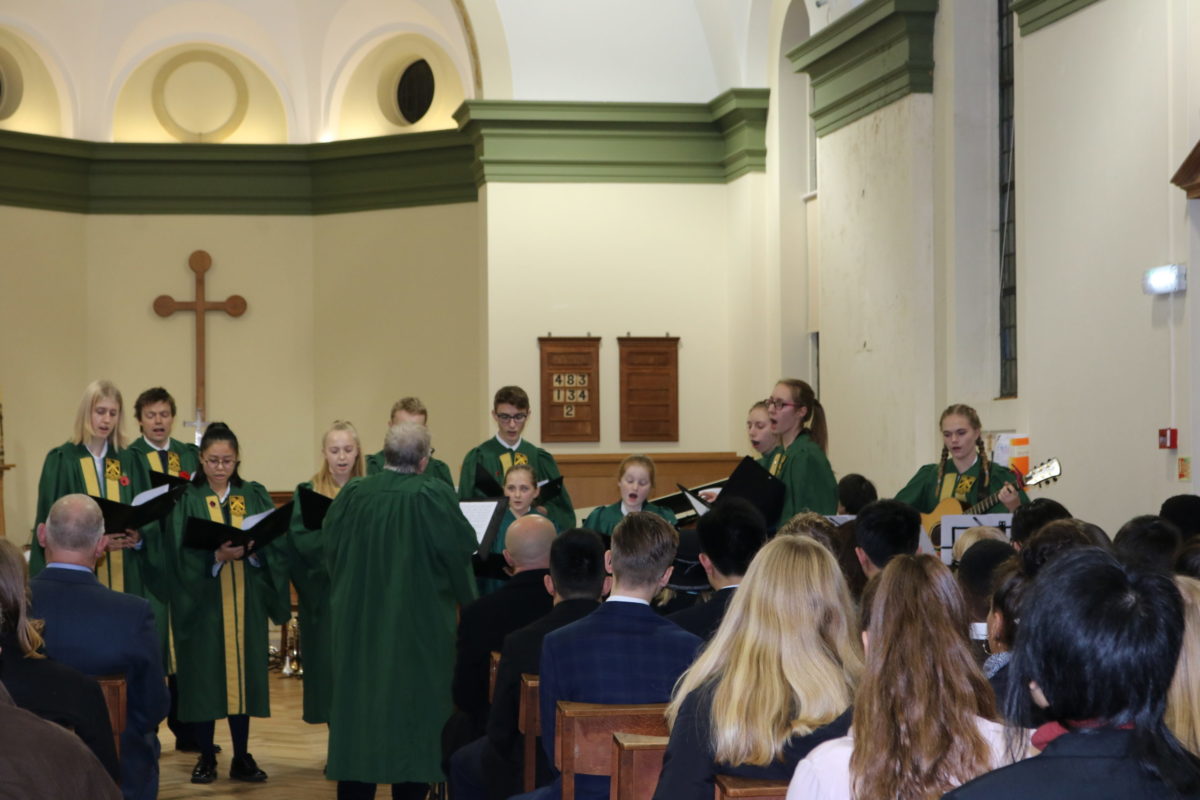 The Saint Felix School Remembrance Service, attended by boarders, parents and visitors, was held this year on Sunday 10th December in the School Chapel and was led by the School Lay Chaplain, Mrs Halcyon Meldrum.

Three traditional hymns were sung, accompanied by five members of the school’s Brass Ensemble, who also played an arrangement of the Bugle Call ‘Taps’ before the final prayers.

Members of the School Choir sang ‘Anthem for Peace’, which was commissioned last year by the London Mozart Players to commemorate the centenary of the ending of the First World War. Lily Talbot, Head of School, read a passage from St John’s Gospel and the guest speaker, Regimental Sergeant Major Glen Revell, gave a short address on the theme of service.