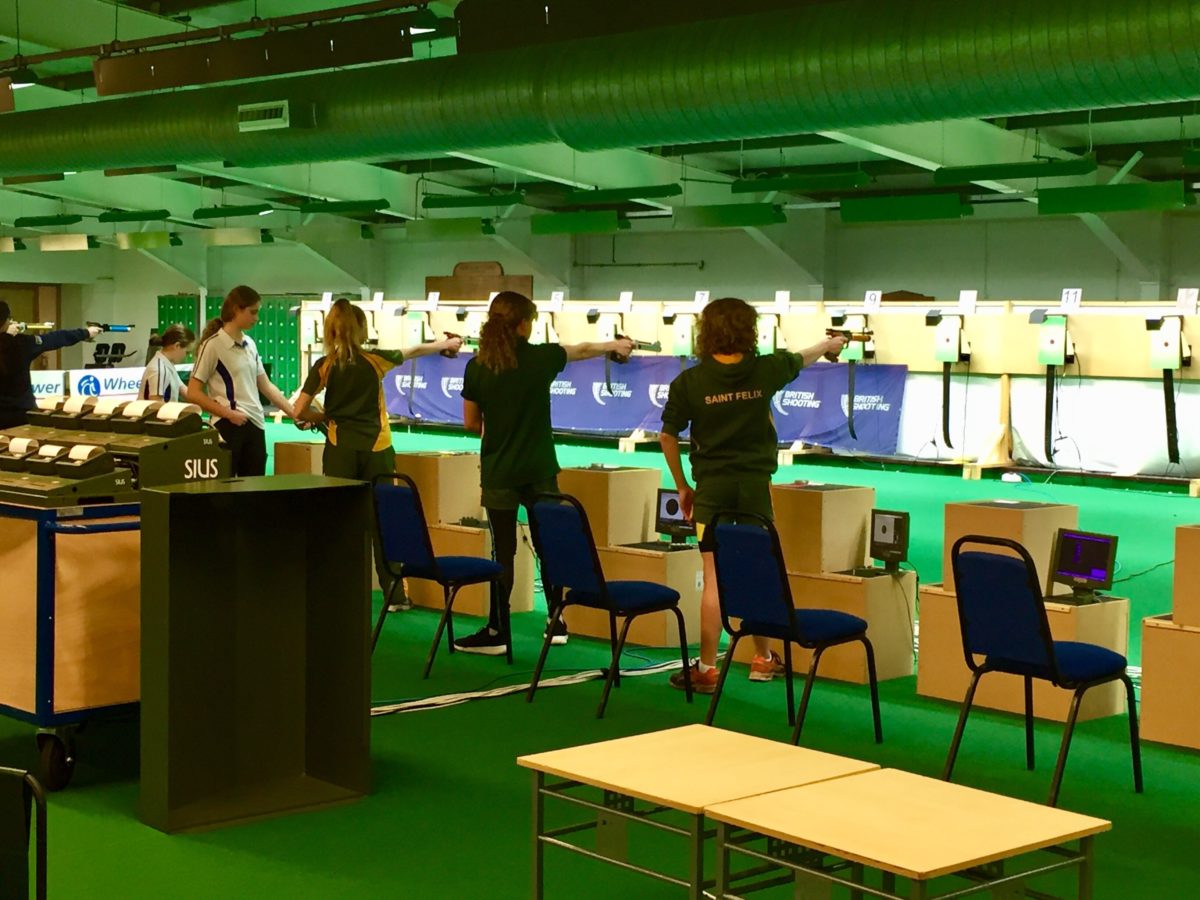 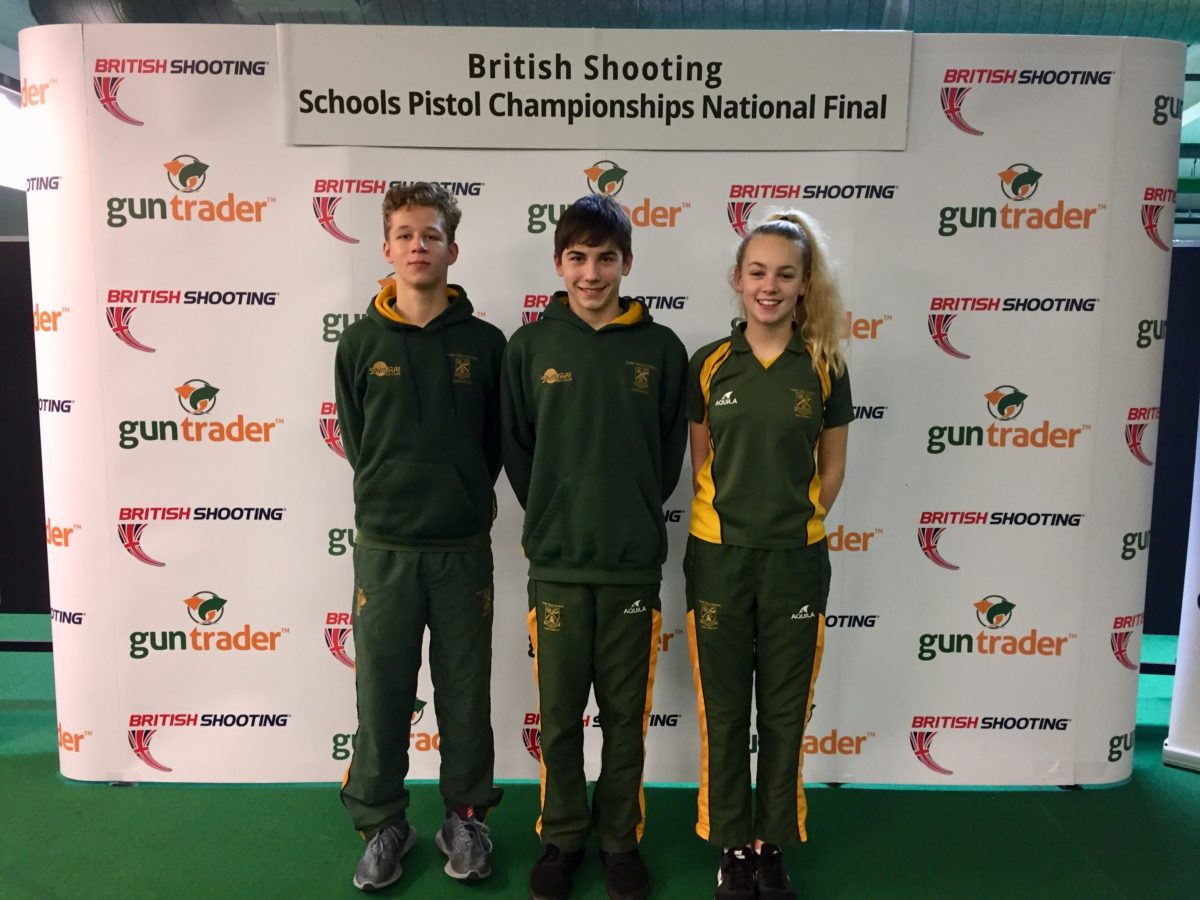 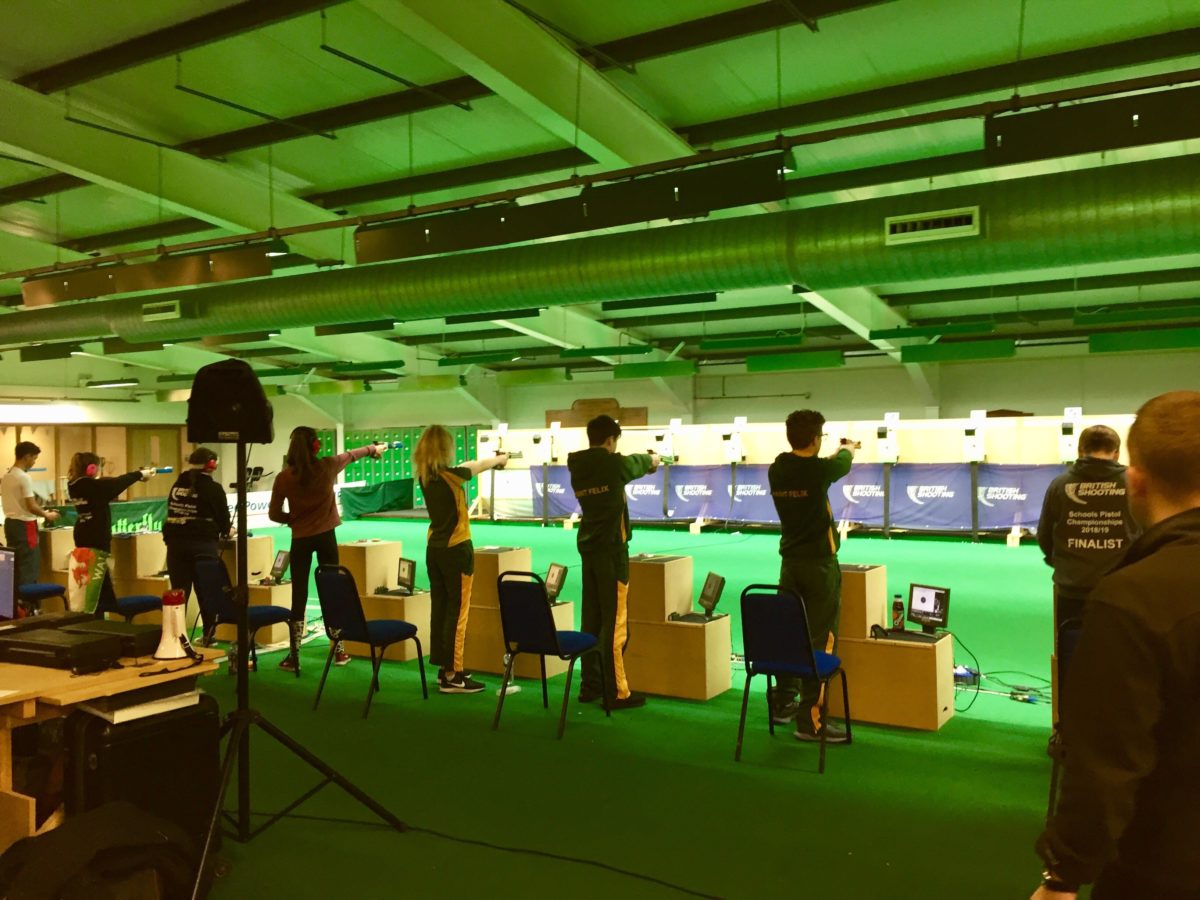 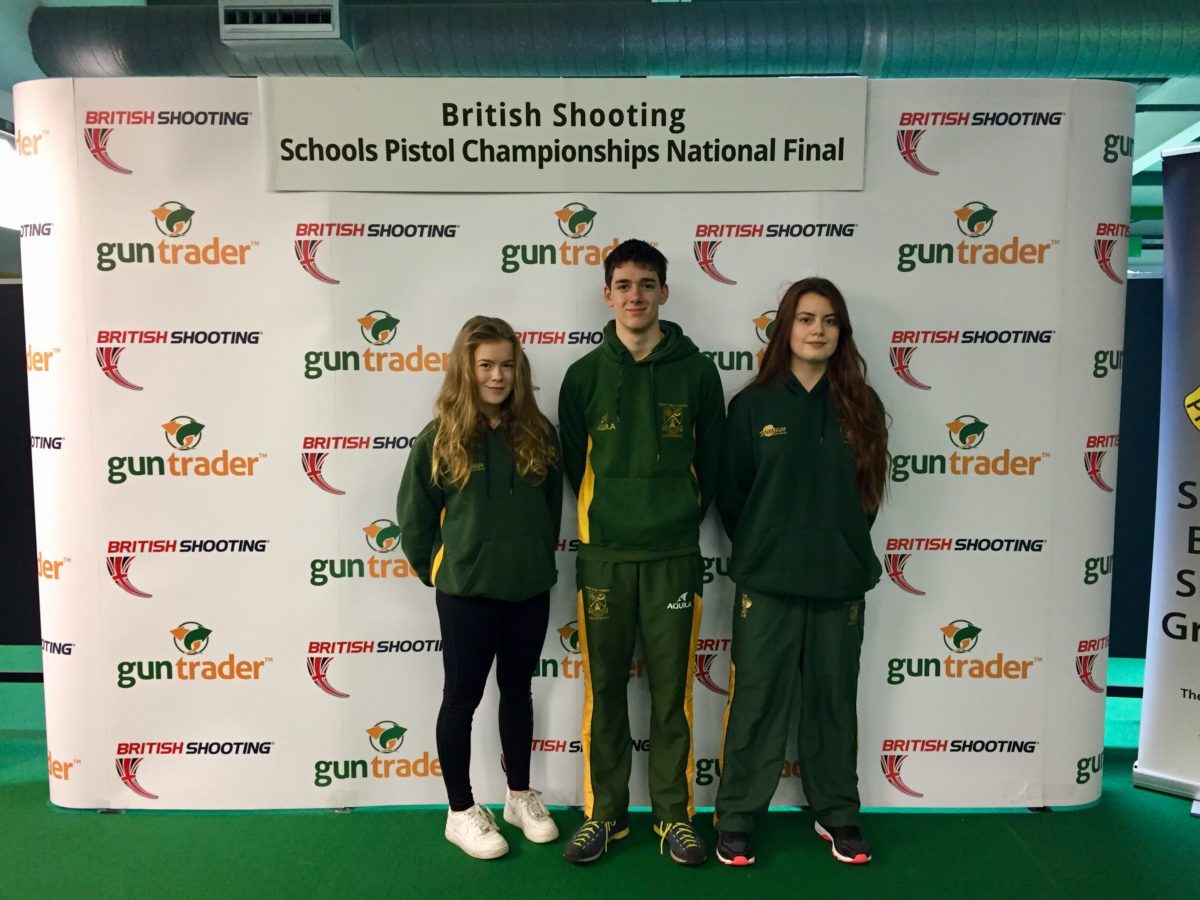 Athletes had to shoot 20 shots in twenty minutes trying to score the highest score possible. Even though the teams did not secure a medal position they all did fantastically well, coming up against some strong and very experienced shooters. It was a massive learning curve but the pupils should be proud of themselves for representing Saint Felix in their first ever national shooting competition.

Elodie Whyte from the Intermediate Team (that included Samuel Stephens and Joshua Stephens) was our highest point scorer with 148 and out of a possible 200, which included several 9’s and a 10 being shot.  Matilda Kime from the Senior Team (that included Hildegarde de la Prada and Jack Barrett-Kelly) also managed to shoot a 10. The Junior Team of Imogen Whyte, William Ellard and Oscar Ferro also competed well throughout the competition.

It was a positive experience for the pupils which will help to prepare them for future competitions.

A special thank you must go to Tony Bull, the schools shooting coach who has given up many hours of his own time and at no cost to come in and coach the pupils in preparation for this event. Also, thank you to Rob Stephens for driving the pupils to and from the event.