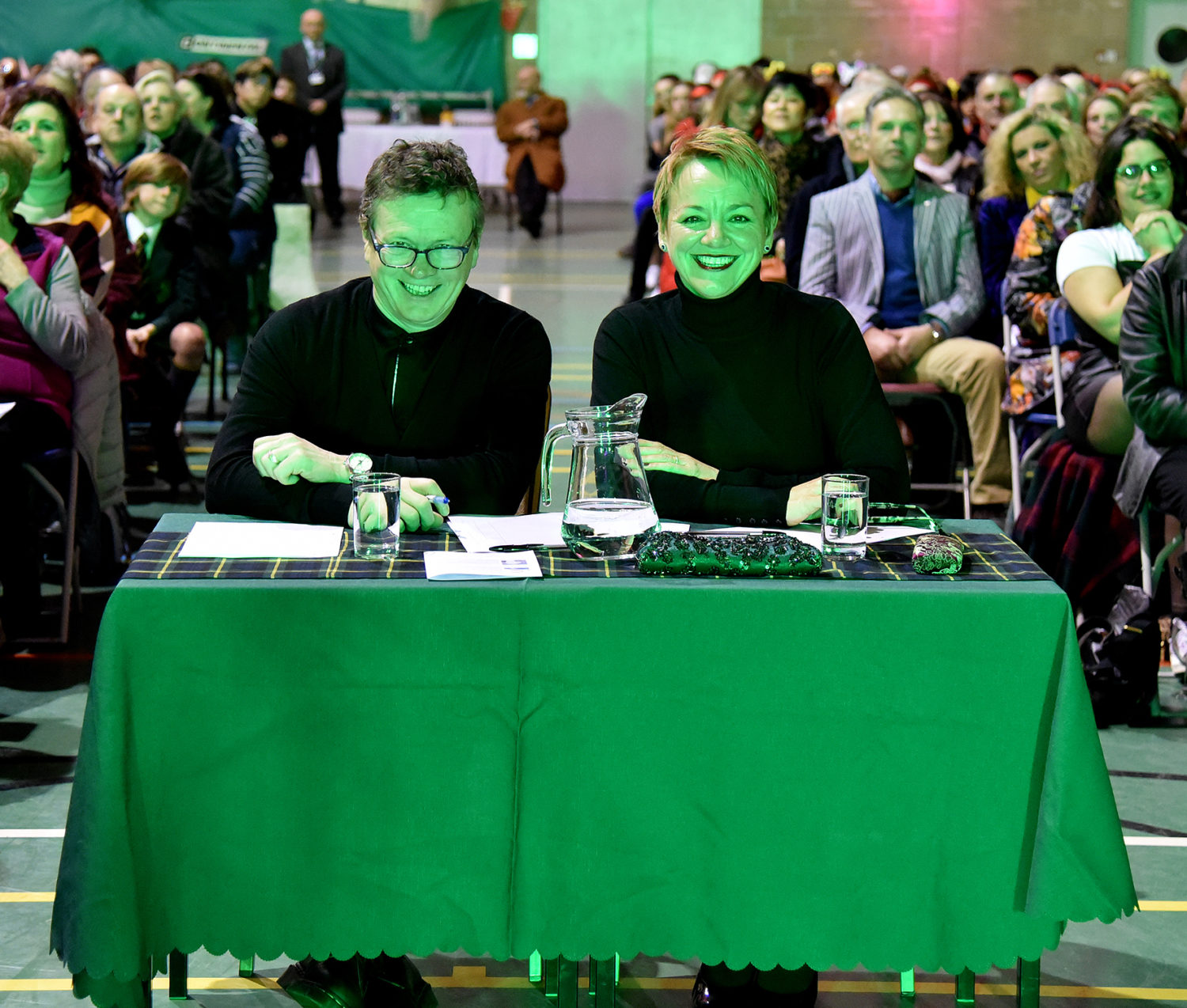 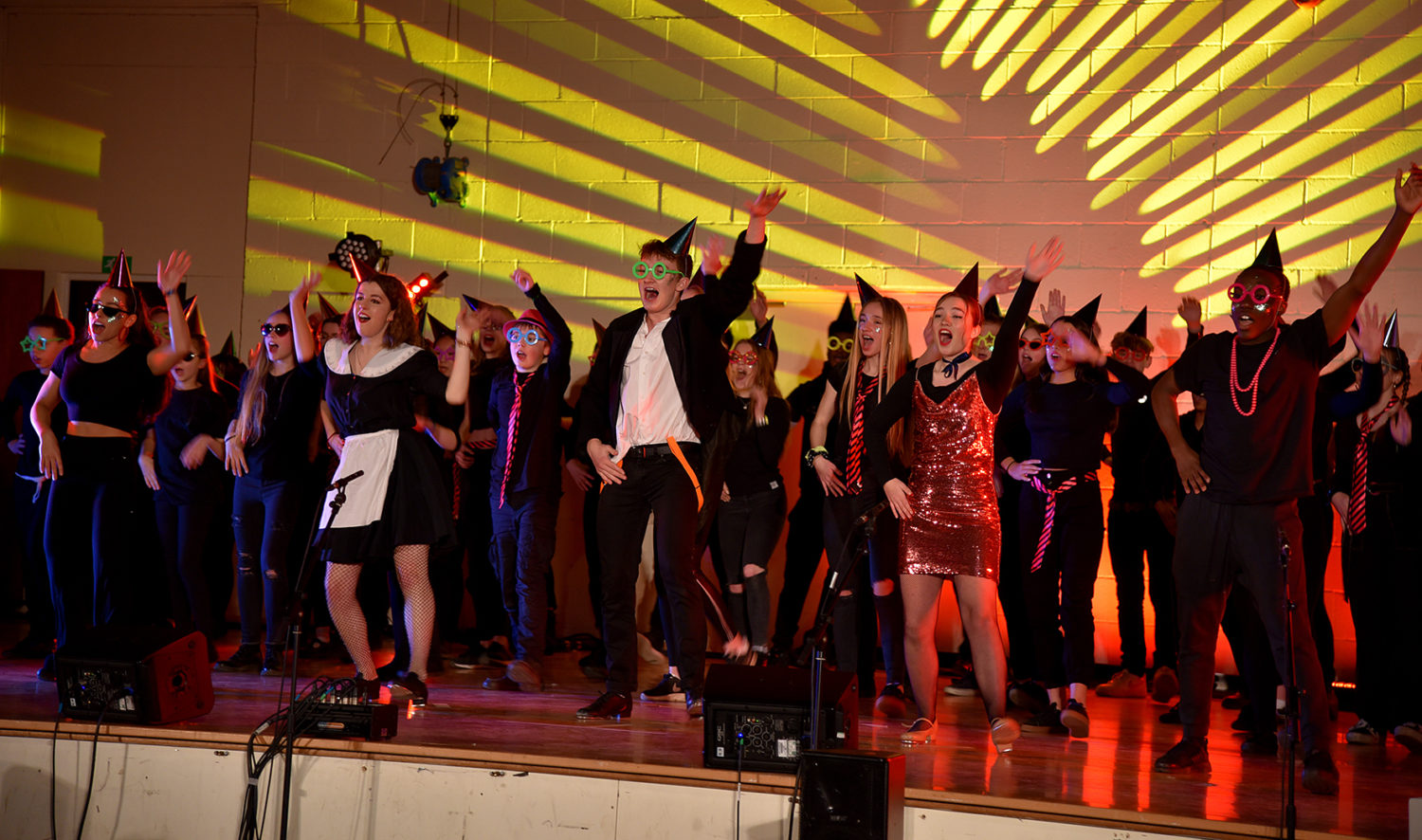 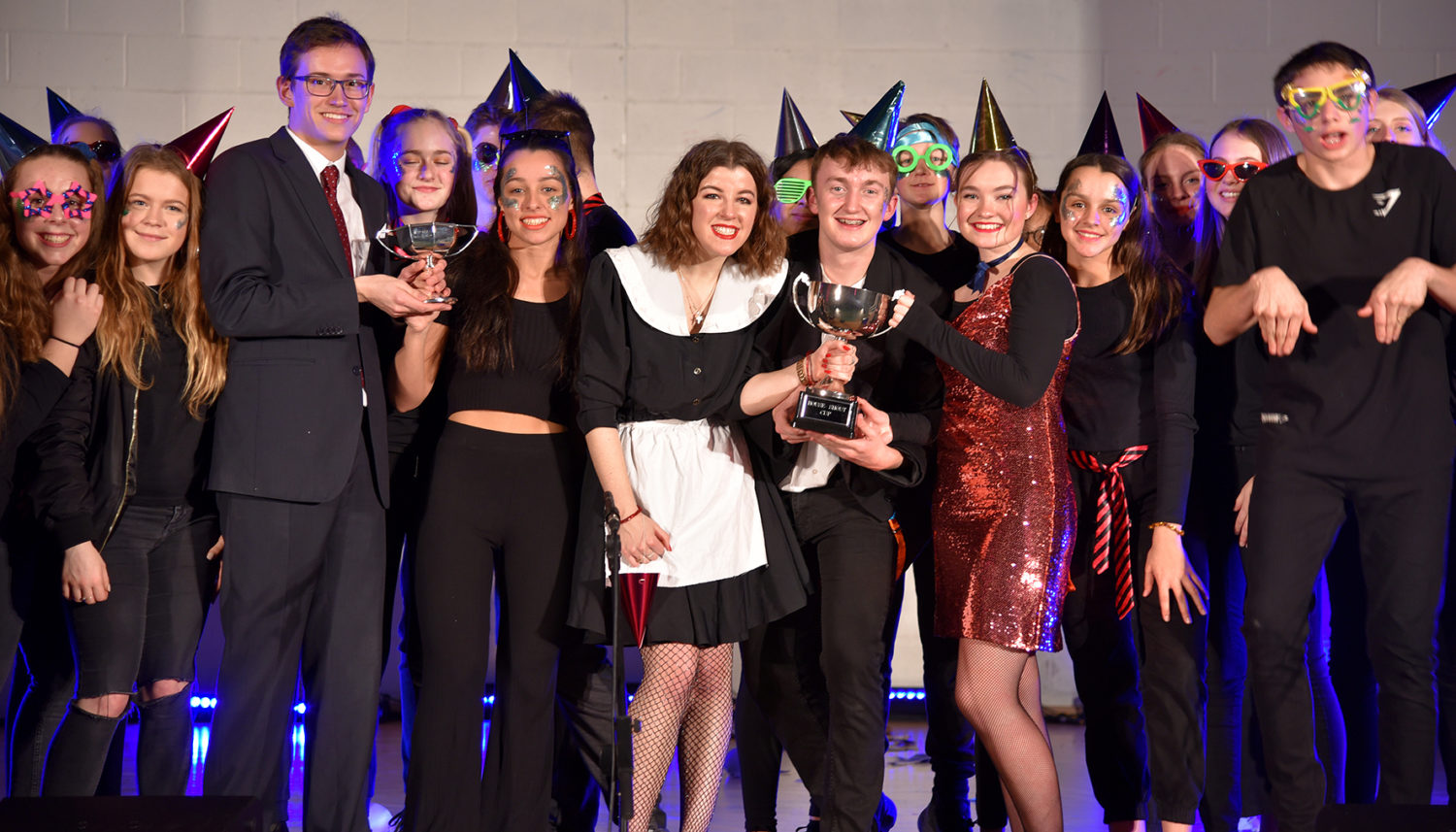 Senior Department students took to the stage in front of seasoned West End professionals on Thursday 7th February for the annual ‘House Shout’.

The competition is one of the biggest nights of the year at Saint Felix for students and parents alike.
On Thursday evening, each of the four Houses took it in turns to perform as individuals, in small groups and in a whole-house choreographed singing performance. Points were awarded at each stage, with the prestigious trophy awarded to the House with most points at the end of the evening.

Guest judges Sarah Keeton and James Powell, both experienced musical theatre professionals, awarded scores to all performances, which this year followed the theme of ‘musicals’.
Sarah has performed in the West End and on national tours in a large number of musicals including Mary Poppins, Anything Goes, Chicago, Cats, Evita and Me & My Girl. She is also a dance teacher, leading specialist workshops across the country and at Mountview Theatre Academy.

Fellow adjudicator James Powell was an actor for twelve years before taking over as Resident Director of Les Misérables at the Palace Theatre London. He has also directed touring performances in the UK and around the world, including Olivier award-winning Singin’ in the Rain.

The grand finale saw all Senior Department students performing with their houses, where Rowell House were deemed winners for an energetic rendition of ‘The Time Warp’ from The Rocky Horror Picture Show. Rowell House were subsequently declared overall winners for the first time in ten years.

Speaking after the show, judge Sarah Keeton said “We were blown away by the level of talent on the stage tonight. For a non-specialist performing arts school, we were amazed at the professionalism shown by all of the pupils in their performances.”

Headmaster James Harrison commented “I am very proud of all of our students tonight. We place great emphasis on the importance of the arts to an all-round education, and it is fantastic to see youngsters across a range of ages having such fun on stage together. We are lucky to have a number of exceptionally talented singers and musicians at Saint Felix, who are ably supported by a dedicated team of teachers and we are very grateful to our guest judges for coming tonight to give us the benefit of their professional experience.”

Music and Drama are available to all students throughout the school as extra-curricular activities and at GCSE and A Level. Scholarships are available for entry from the age 9 through to the Sixth Form.