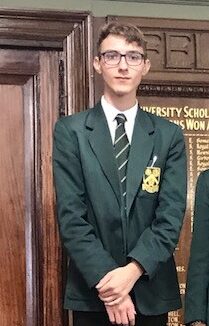 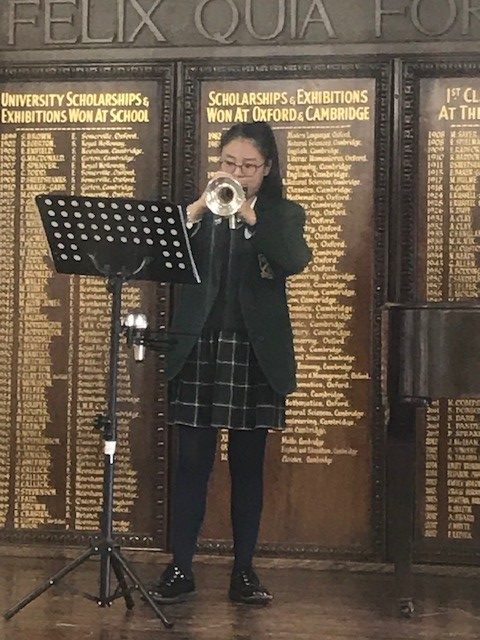 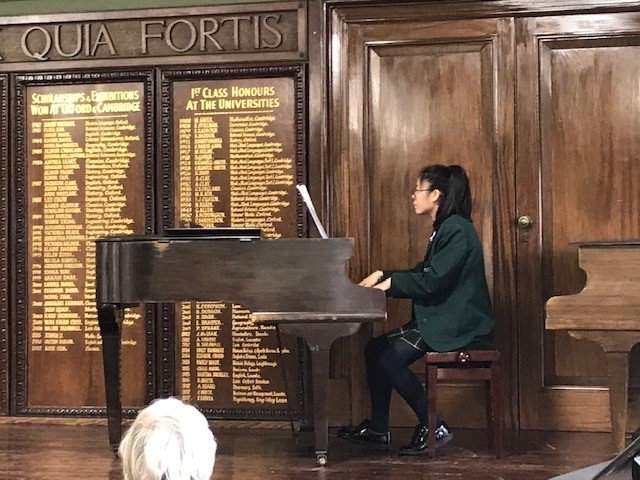 The first concert in this year’s Lunchtime Concerts series was given in the Gardiner Hall on Friday 8th November by two Year 10 Music Scholars.

Francis Vaughan, accompanied by Miss Evans, opened the concert with a varied programme of three the pieces he performed in his recent Grade 7 Singing exam: Hymne to God the Father by the 17th-century English composer, Pelham Humfrey; Le Violette by the Italian Baroque composer, Alessandro Scarlatti; and a witty ‘take’ on Mozart’s E flat Horn Concerto by Michael Flanders and Donald Swann, the tongue-twisting Ill Wind. Polly Chan followed this with music by two English composers, who lived 200 years apart, a fanfare-like trumpet piece by William Boyce and a virtuosic jazz-influenced piece Benjamin Britten, composed for a play by J B Priestley, The Spider and the Fly. Polly rounded off the concert with an atmospheric piano piece, Improvisation No.13 by the French Composer, Poulenc, which she is preparing for her Grade 8 piano exam.

Polly and Francis are both multi-talented musicians: Polly recently played The Last Post at the Remembrance Ceremony in the School Cloisters and, as well as playing the piano and trumpet to a high standard, she also enjoys composing. Francis is the tuba player in the Suffolk Youth Orchestra and also studies Singing and Oboe as part of the Guildhall Young Artist programme in Norwich.

The next concert in the Lunchtime Concerts series is a recital of classical organ ‘pops’, played by guest organist, Professor David Baker from the Halifax Organ Academy, in the School Chapel on Friday 22nd November at 1.15pm.