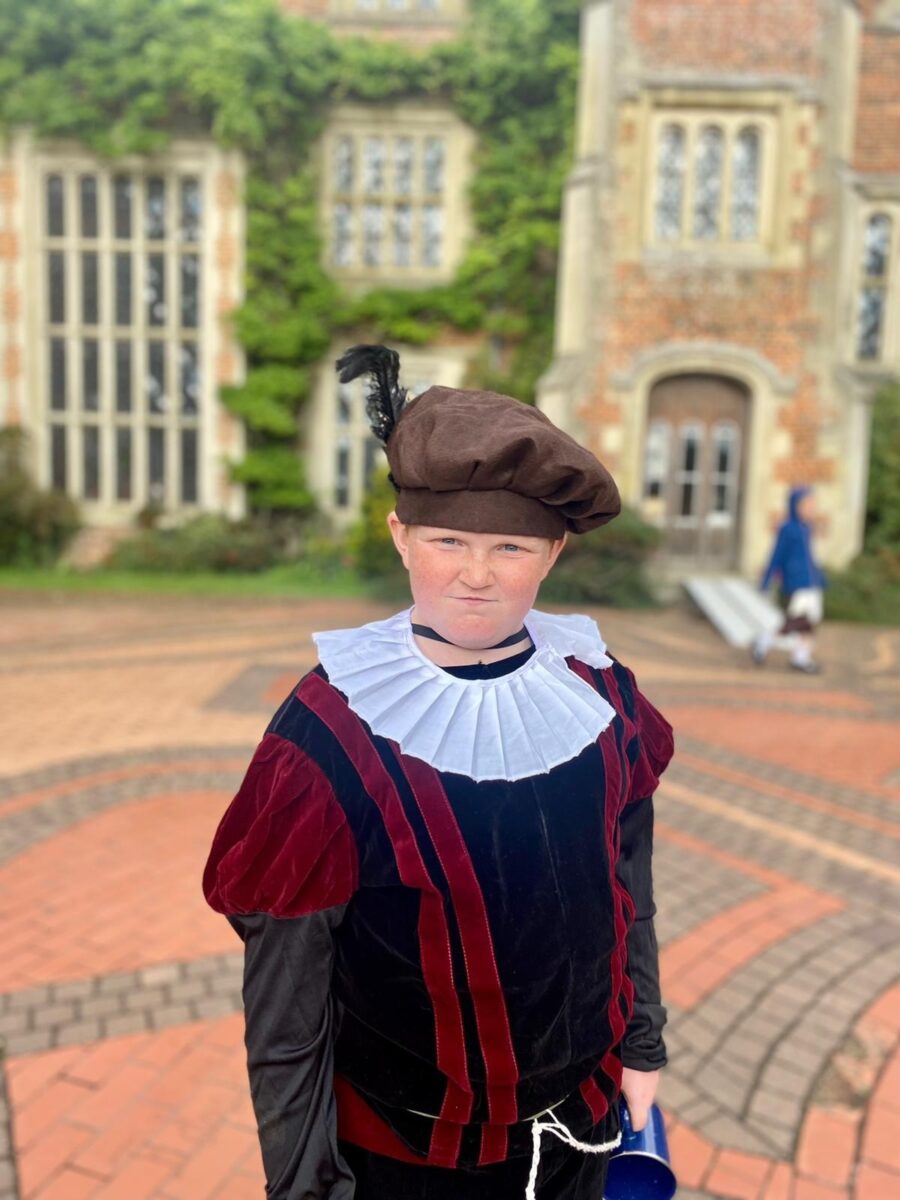 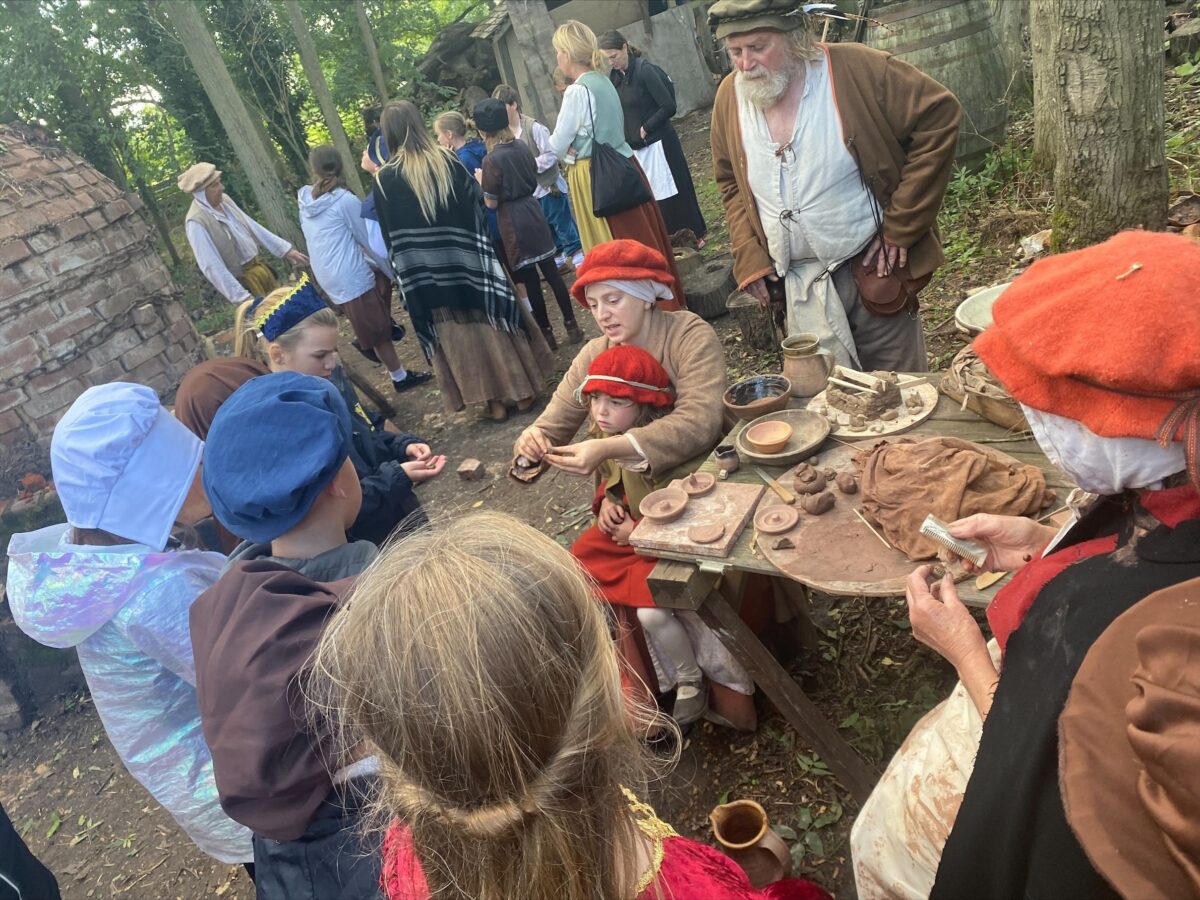 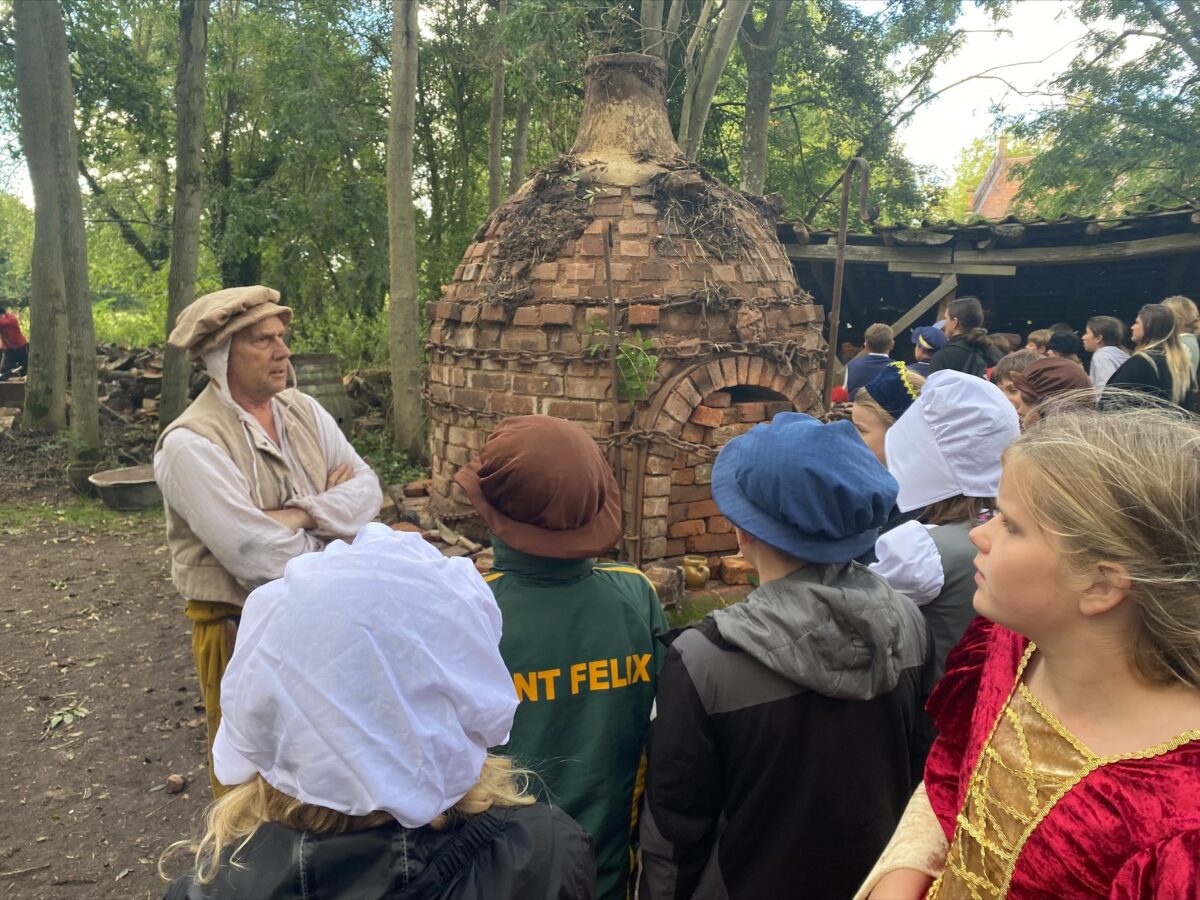 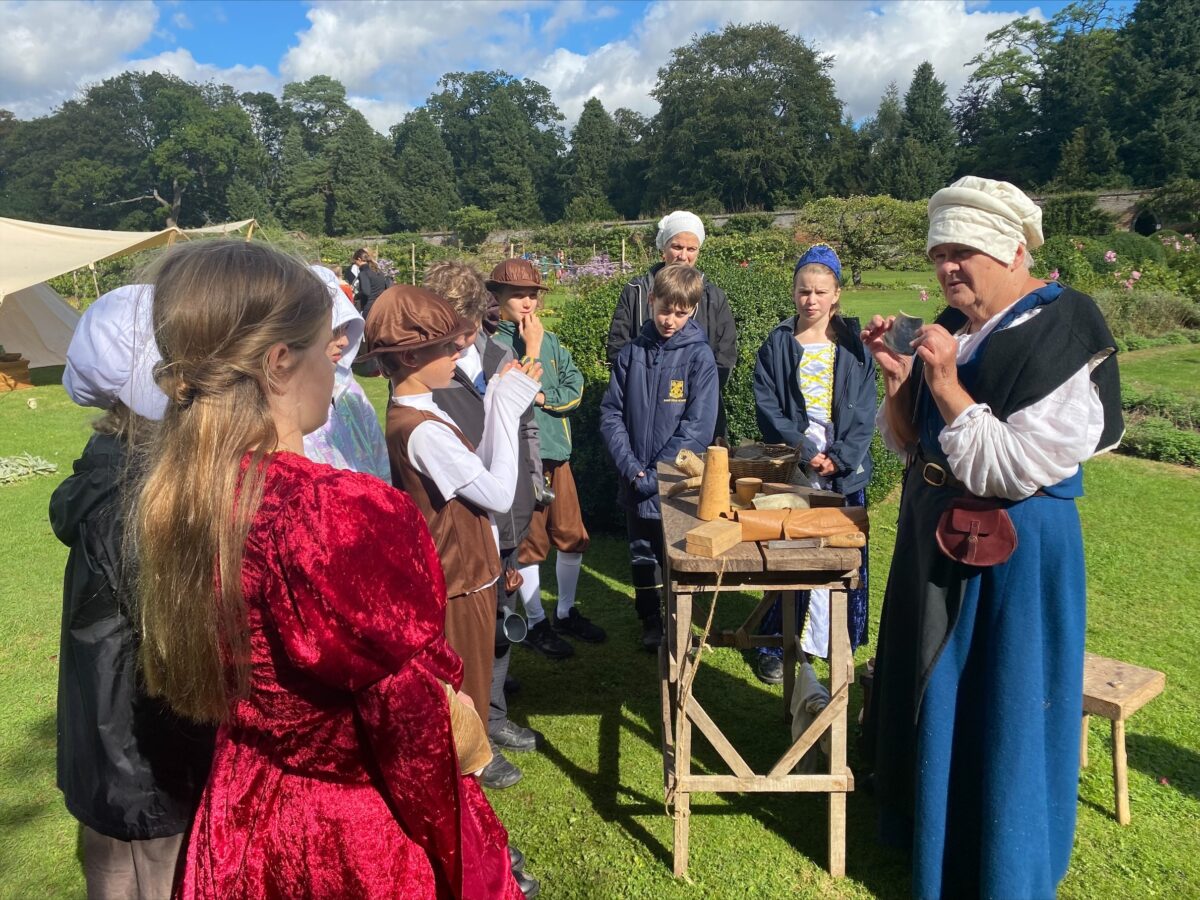 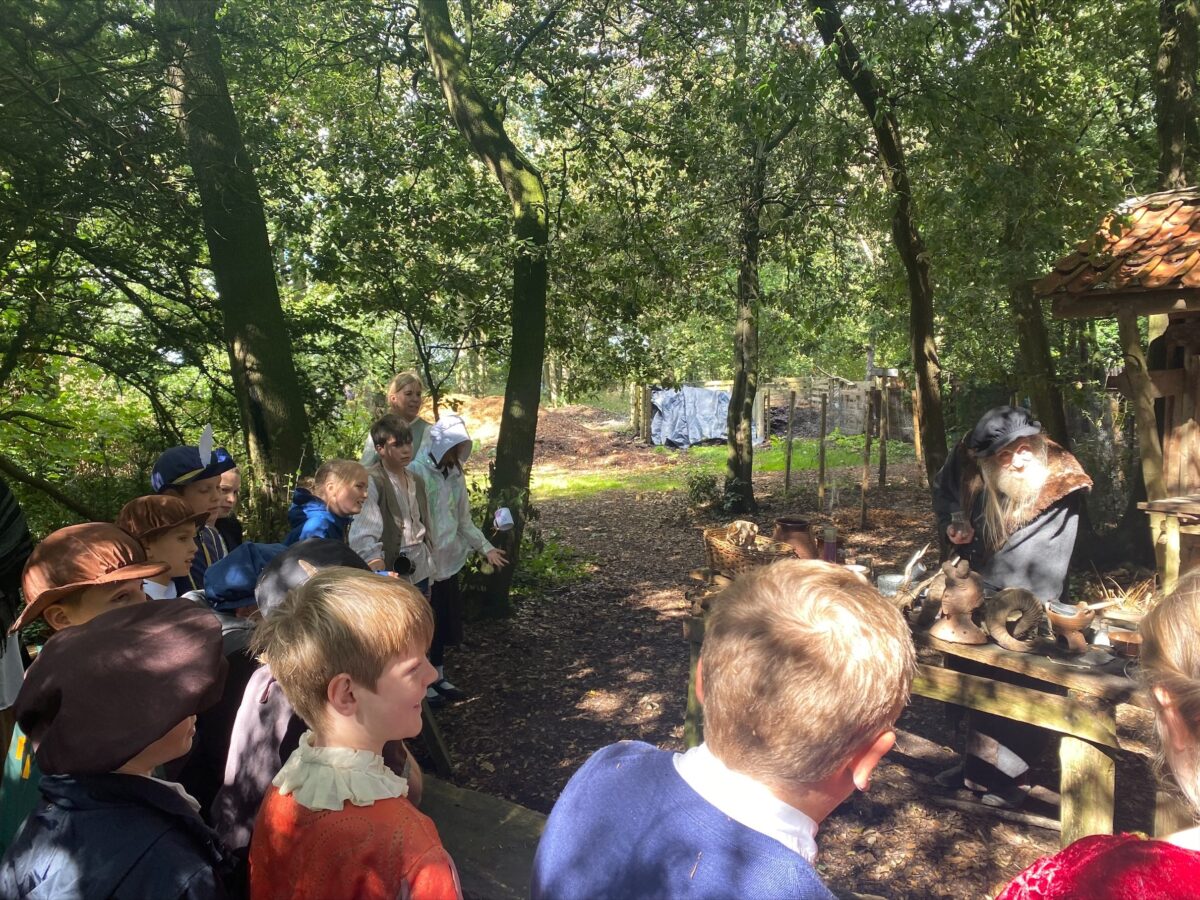 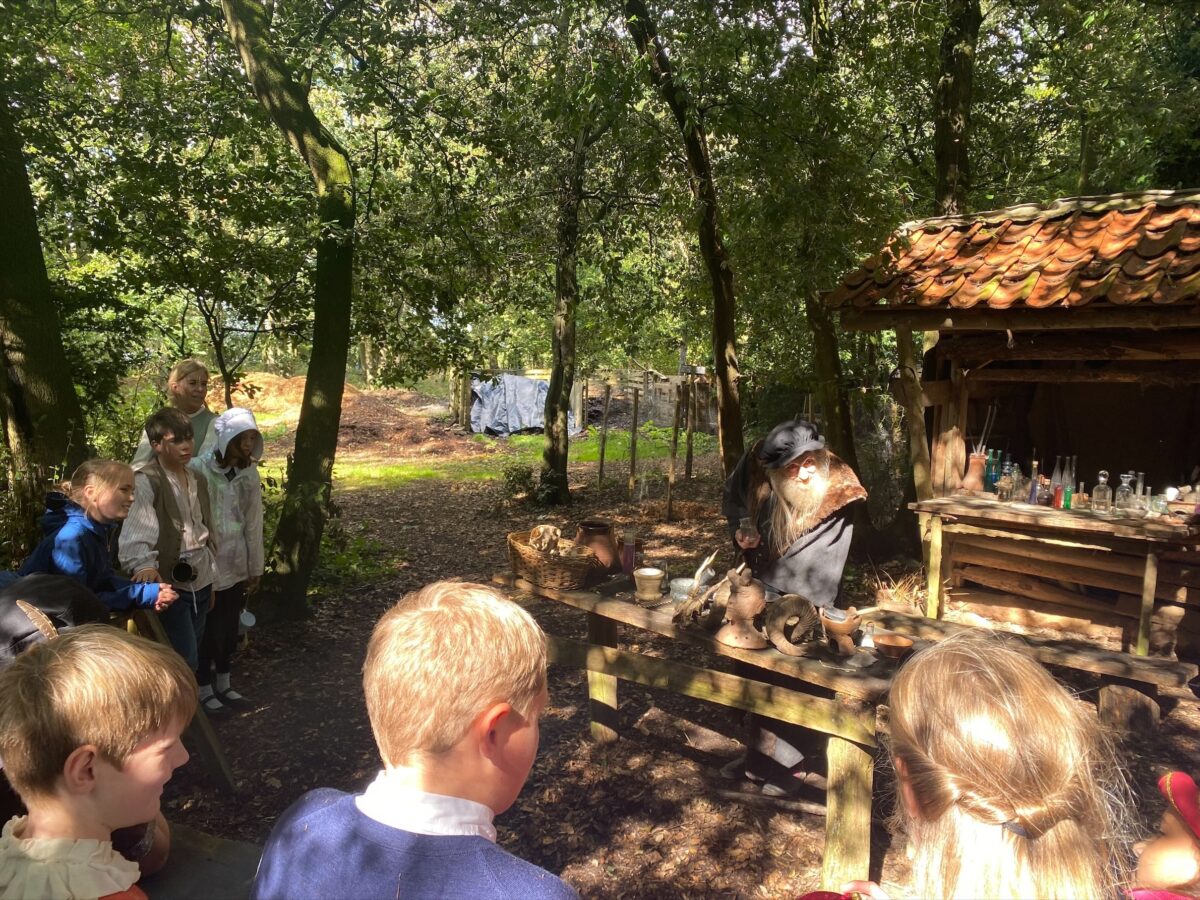 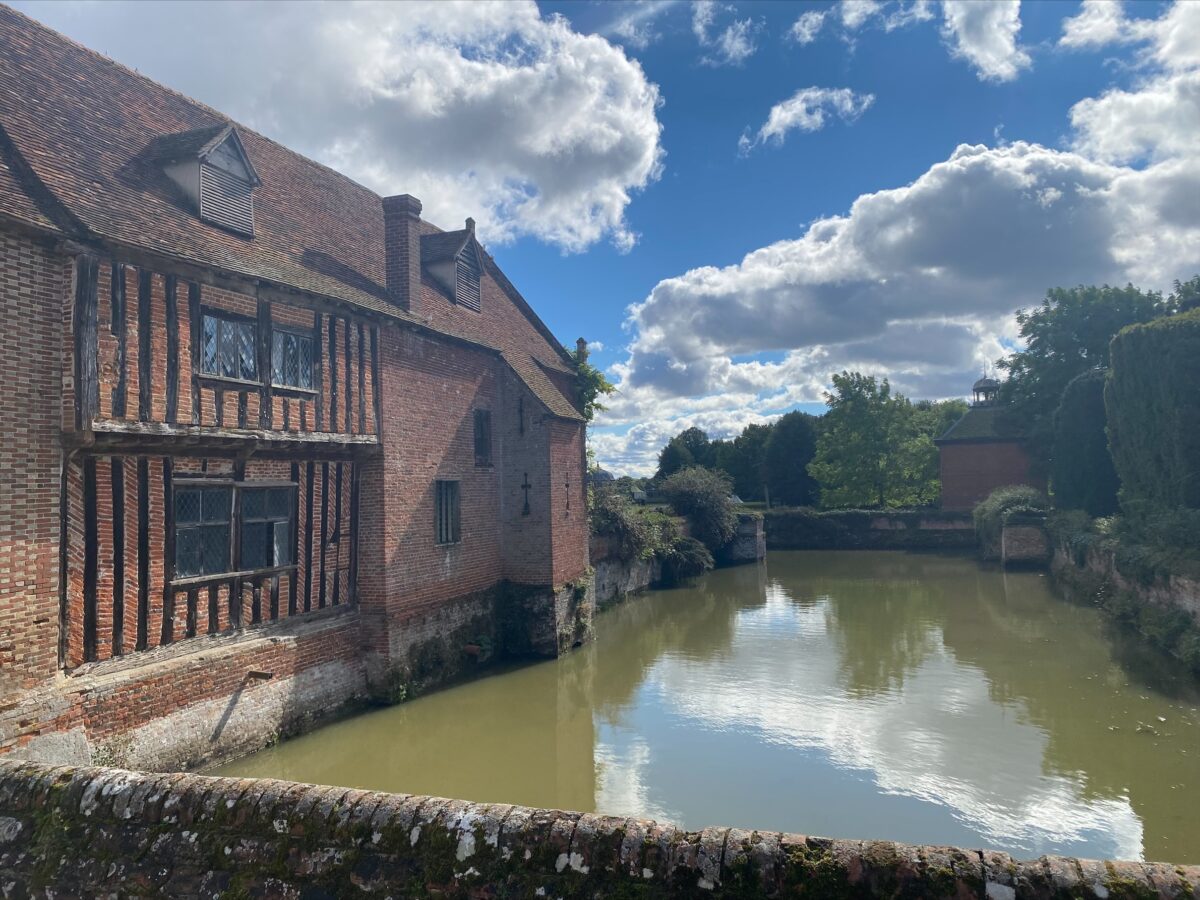 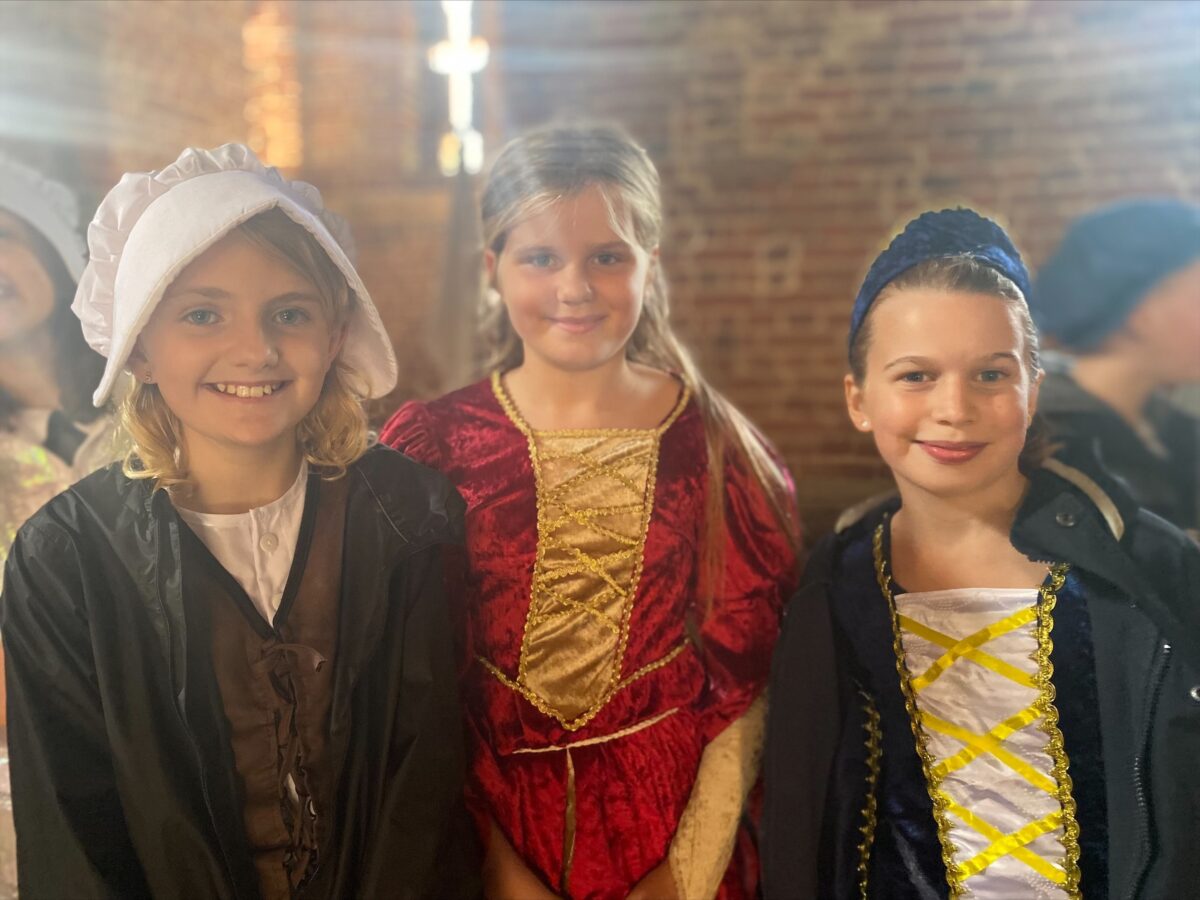 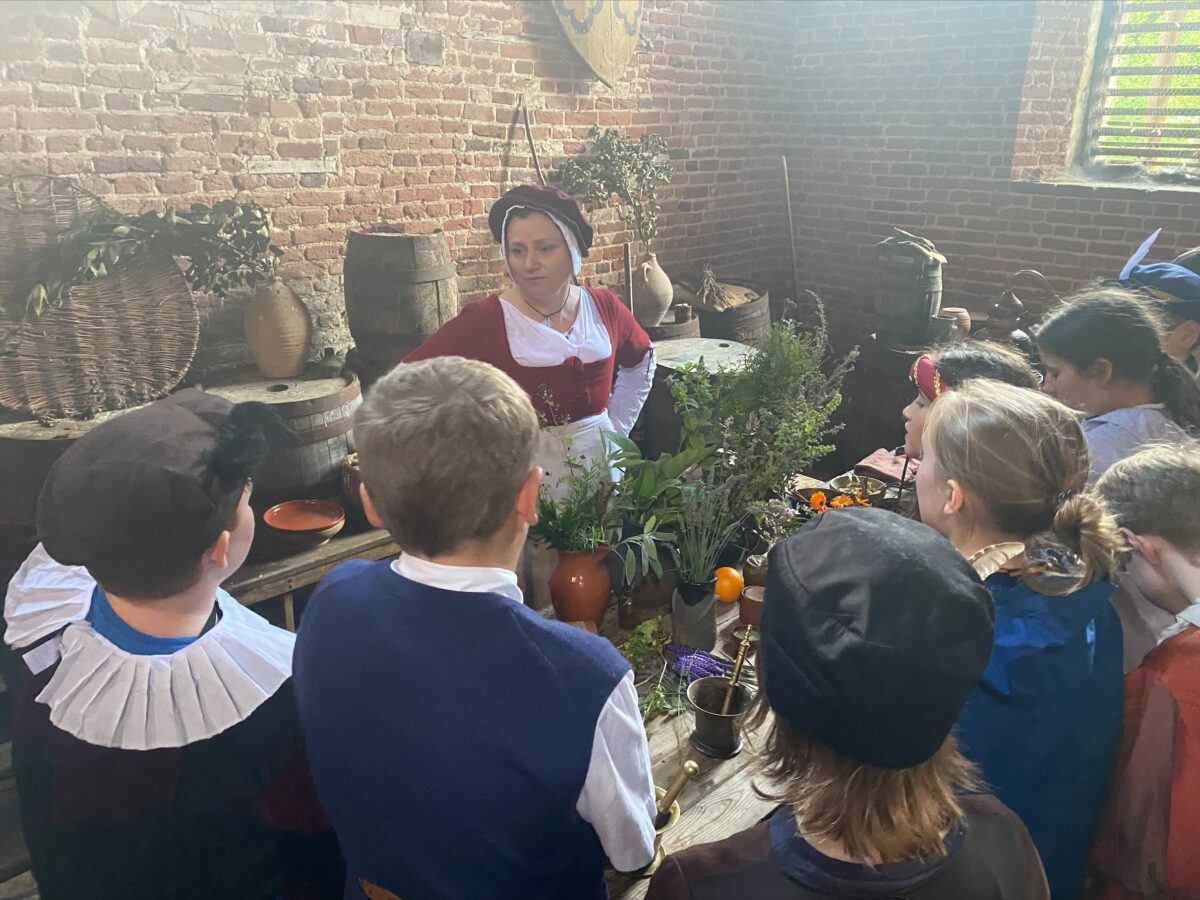 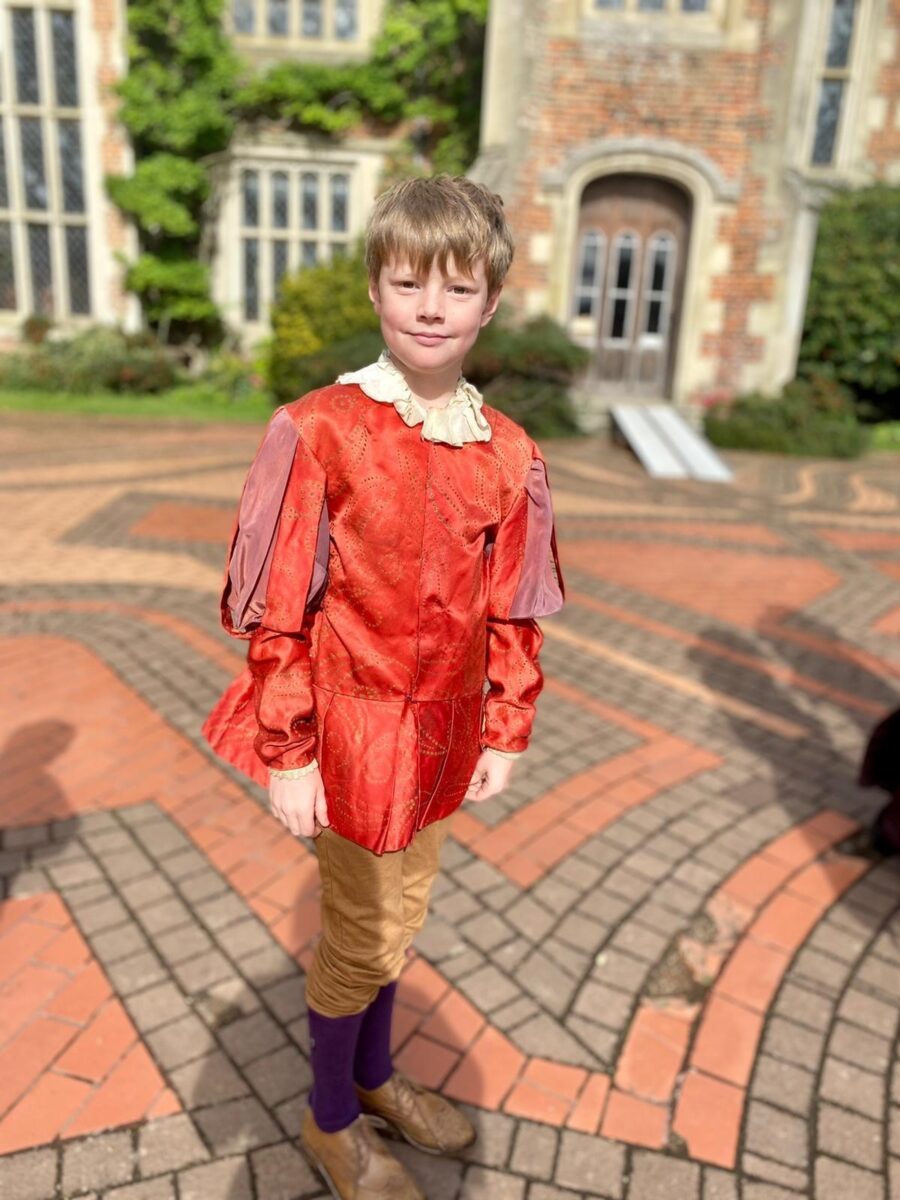 On Monday, we visited Kentwell Hall in Long Melford to find out how people who used to work there lived in the year 1599.  When we arrived, we were turned into real Tudor children from the Elizabethan era.

Our first stop was at the gates for a talk with the gatekeepers who asked a few questions about where we had come from, if any of our group displayed symptoms of the plague, and how to show respect to the gentlefolk of the manor.  The next place we went to was to the Players, where we learned a Tudor dance.  The Players used to travel around the kingdom providing entertainment in exchange for some food, a nice bed or some coins.  We then moved to the kitchen where we were shown a food called pottage, which is like a vegetable stew and was what the workers would eat.  The cooks also showed us a feast they were preparing for the masters.  Next, we went to the bakery, dairy, and brewhouse.  My favourite was the stillroom, which was inside the brewery and was where they kept the herbs that helped cure illnesses.  In those times, the doctor was expensive and people believed the plague was in the air, so they cut sweet-smelling herbs and kept them in their pocket to keep them well.

In the next hour or so we visited the camera obscura, the herb garden, the alchemist and the archers.  I most enjoyed the alchemist as he said magic was just something you don’t understand.  He showed us how we could turn purple liquid into green and then back to purple.  Then we saw the yeoman’s cottage, which was a small hut with windows that looked like crosses.  We also looked at the spinners where they were turning wool into yarn on a wheel.  After that, we went to the arrow makers where they showed us the different types of arrows that they used for specific things like hunting.  Moving onwards, we saw the potters where we looked at the vases and pots they had made by hand, while handling clay we had been given.  For our final stop we looked at the woodcutters where they were chopping up different types of wood and telling us which ones were best for fires.

All in all, this was one of the best class trips I had been on for a while and really helped with my learning about the Tudors.