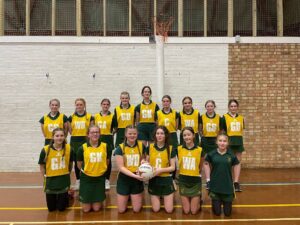 Last week Saint Felix Year 9 and 10 girls travelled to Woodbridge School for their first Netball match of the season.

The A team were unlucky in their defeat against Woodbridge B team. It was all equal at the end of the third quarter but after some changes by the home team for the final quarter the Saint Felix girls narrowly missed out.

Player of the match was Isabelle.

The B team had a fantastic start to the season and secured a win against Woodbridge C team winning 17-15.

Player of the match was Holly.

A wonderful start all round for the players!